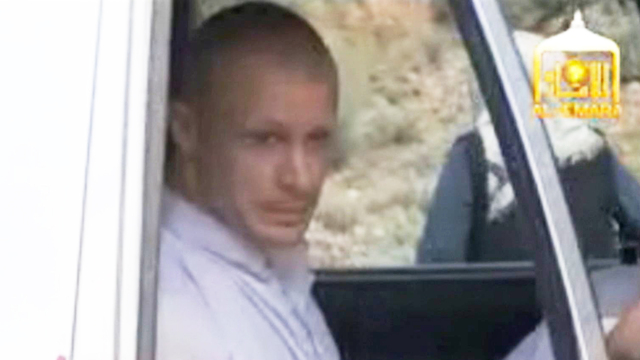 WASHINGTON -- A Pentagon spokesman says former military captive Bowe Bergdahl's health is improving daily, and he is resting more comfortably and becoming more involved in a treatment plan designed to ease his return to the U.S.

The spokesman, Army Col. Steve Warren, said there is no date set for Bergdahl to make his first phone call to his family in Idaho or to be transferred from a U.S. military hospital in Germany to an Army hospital in Texas.

Bergdahl was released following a deal between the U.S. and the Taliban that was brokered by Qatar. Five Taliban detainees held in Guantanamo were released as part of the exchange. Republicans and Democrats have objected to the swap.

Warren said Bergdahl is conversing with staff at the Landstuhl medical center in Germany, but he declined to reveal specifics about Bergdahl's medical condition or what he has said or done since regaining freedom.

President Barack Obama said Thursday he "absolutely makes no apologies" for seeking the release of Bergdahl in a prisoner swap with the Taliban, vigorously defending an exchange that has caused a furor in the United States and has dogged the president on his European trip this week.

When it comes to getting soldiers back from war, Obama said, "We don't condition whether or not we make the effort to try to get them back."

He also said Bergdahl's health had been deteriorating and "We were deeply concerned about it.

"We saw an opportunity and we seized it. And I make no apologies for that," Obama said during a joint news conference with British Prime Minister David Cameron.