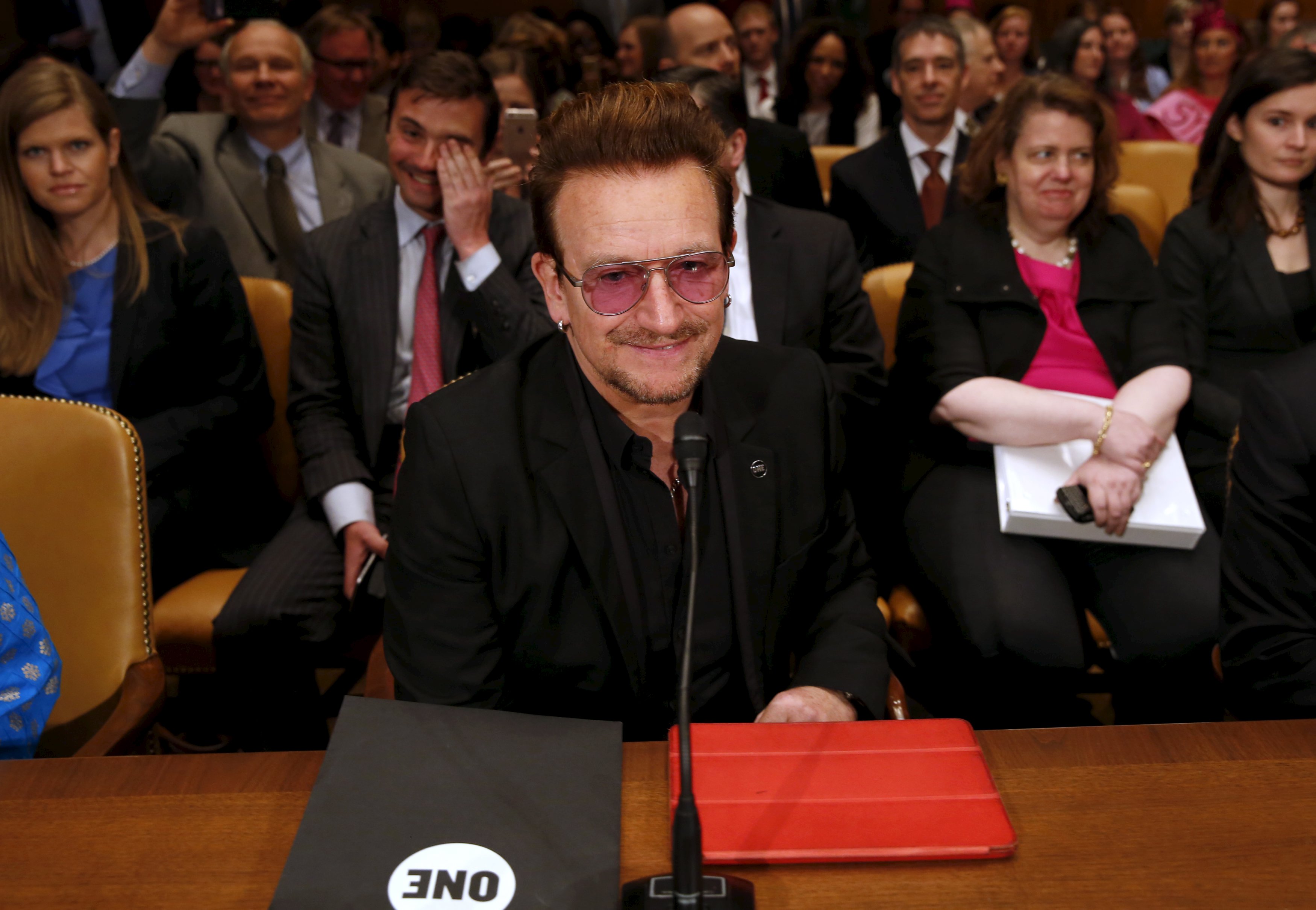 WASHINGTON- U2 frontman Bono suggested a different approach Tuesday duringa hearing in the Senate on the fight against the Islamic State of Iraq and Syria (ISIS.)

So far, U.S. efforts against ISIS have focused on bombs and bullets, but Bono said belly laughs might be better.

"It's like, you speak violence, you speak their language. But you laugh at them when they are goose-stepping down the street and it takes away their power," he said. "So I am suggesting that the Senate send in Amy Schumer and Chris Rock and Sacha Baron Cohen, thank you."

While no plans to engage them were discussed afterwards, the suggestion did get the attention of at least one of the comedians mentioned.

Additionally, the broader entertainment community got word of the testimony, and so far reviews are mixed.

While it is funny to think Borat could defeat a death cult like ISIS, there already have long been efforts in Iraq and elsewhere to combat their ideology with laughs.

In one skit produced by the "Ktir Salbe Show," a taxi driver picks up a jihadi who rejects listening to radio because it didn't exist in the earliest days of Islam, a knock on the ISIS' literal take on the Quran. The driver offers to turn on the air conditioning, but that too is rejected. The jihadi finally criticizes him for answering a mobile phone.

Fed up, the driver asks: "Were there taxi cabs in the earliest days?"

"No, 1,000 times no!" the passenger answers. The driver responds by kicking out the jihadi and telling him to wait for a camel instead.

In Syria, comedic news programs also target ISIS, with its presenters disguising themselves out of fears of retaliation. In Iraq, an animated program on state television depicted a slew of characters on the run from the Iraqi military, including young ISIS militants and old Saddam Hussein-era officials.