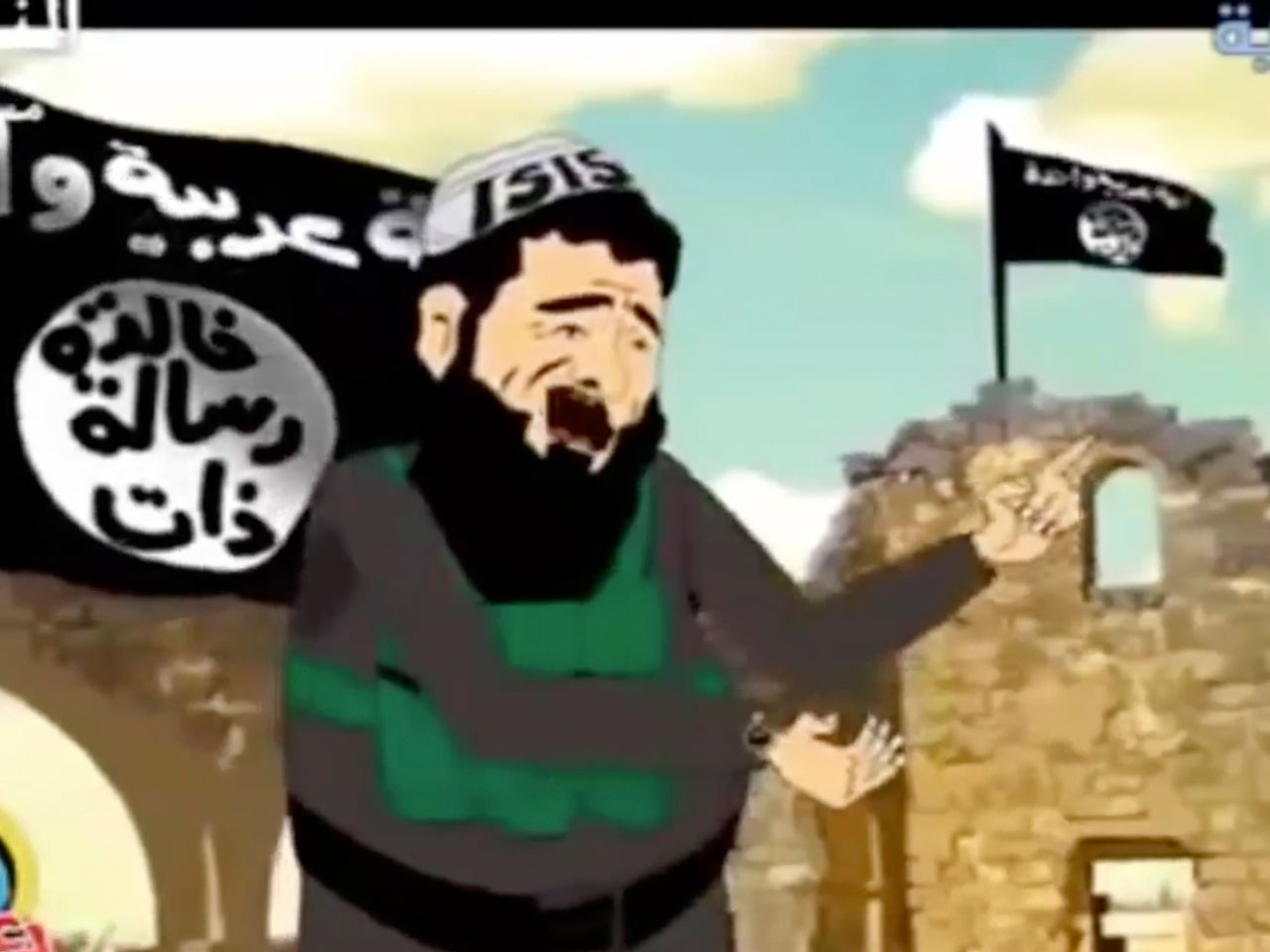 BAGHDAD - The bumbling young militant first drops the rocket launcher on the toes of his boss before taking aim and firing toward a military checkpoint outside of an Iraqi town - not realizing he's fired it backward at his leader.

The "Looney Tunes"-style cartoon targeting the Islamic State of Iraq and Syria (ISIS, also known as ISIL) group comes after its militants have swept across large swaths of Syria and Iraq, declaring their own self-styled caliphate while conducting mass shootings of their prisoners. The group cheers its advances and beheadings in slickly produced Internet videos.

In response, television networks across the Middle East have begun airing cartoons and comedy programs using satire to criticize the group and its claims of representing Islam. And while not directly confronting the group's battlefield gains, the shows challenge the legitimacy of its claims and chip away at the fear some have that the Islamic militants are unstoppable.

"These people are not a true representation of Islam and so by mocking them, it is a way to show that we are against them," said Nabil Assaf, one of the producers and writers of Lebanon's "Ktir Salbe Show," which has challenged the group. "Of course it's a sensitive issue, but this is one way to reject extremism and make it so the people are not afraid."

ISIS, born out the Syrian war, now finds itself challenged in a cultural war after its gains. The top Islamic authority in Egypt recently began an online campaign asking journalists not to call the group an "Islamic State," the name they call themselves now. Comedians have followed suit.

In one skit produced by the "Ktir Salbe Show," a taxi driver picks up a jihadi who rejects listening to radio because it didn't exist in the earliest days of Islam, a knock on the ISIS' literal take on the Quran. The driver offers to turn on the air conditioning, but that too is rejected. The jihadi finally criticizes him for answering a mobile phone.

Fed up, the driver asks: "Were there taxi cabs in the earliest days?"

"No, 1,000 times no!" the passenger answers. The driver responds by kicking out the jihadi and telling him to wait for a camel instead.

In Syria, comedic news programs also target the Islamic State group, with its presenters disguising themselves out of fears of retaliation. In Iraq, an animated program on state television depicted a slew of characters on the run from the Iraqi military, including young ISIS militants and old Saddam Hussein-era officials.

"We are all against these terrorist organizations," said Alaa al-Majedi of the state-run al-Iraqiya channel. "Comedy is one way to raise awareness."

But among those depicted in the cartoon is Saudi Arabia's King Abdullah, an accusation that the Sunni kingdom supports the Sunni ISIS militants, something Saudi officials have denied. Saudi Arabia backs the rebels fighting to topple Syrian President Bashar Assad's government.

Even the dark videos of mass shootings conducted by ISIS have become comedic fodder. Palestinian television channel al-Falastiniya aired a skit showing two militants shoot Muslim civilians for their lack of knowledge on the number of times to kneel during prayers, all the while reminiscing over the beautiful women and best party neighborhoods they'd visited in Beirut.

When a Jordanian Christian approaches, the two militants begin fighting each other over who gets to shoot him - each wanting the "blessing" for himself. Terrified, the man suffers a fatal heart attack, leaving the militants devastated.