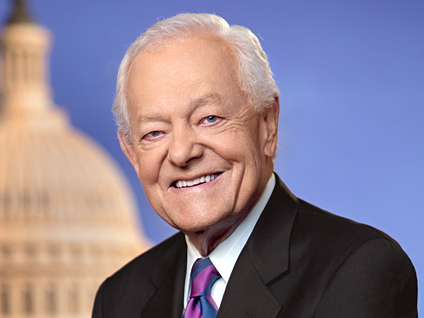 I feel like I've been saying the same thing for months now, but boy this race is close - and it's going to come down to the battleground states. This week CBS News had a poll out of Ohio, Virginia and Florida which showed that President Obama has a small-to-large lead in all three of those key states.

This morning, the Washington Post and the Kaiser Family Foundation put out a poll that starts to explain why it is the President is leading in those states. They concluded from their poll that it's Medicare. Voters in those states overwhelmingly don't want to change Medicare the way that Mitt Romney and Paul Ryan have proposed. Everyone agrees we have to find some way to change the financing of Medicare, but voters - at least voters in Florida, Ohio an Virginia, don't like the Romney-Ryan plan that changes Medicare from a payment system like it is now to a voucher-like system. People just don't like the sound of it, even though their proposal wouldn't touch Medicare for them personally.

These battleground states are important and obviously so is this issue of Medicare, and it will almost definitely come up in the first presidential debate on Wednesday in Denver. PBS's Jim Lehrer is moderating that one, and he's said the focus will be on the economy, health care, the role of government and governing. I'm anxious to see Pres. Obama and Romney perform in that debate.

Our focus on Sunday will partially be on these debates. Debates have become such a part of the American political process that people tend to forget these debates haven't been around that long. The first debate was actually in 1960, just 52 years ago when Jack Kennedy and Richard Nixon squared off. And there weren't many after that because Lyndon Johnson wouldn't debate, and Nixon had been burned once with that first debate so he wouldn't do it again. Gerald Ford decided the best chance he had to be elected in his own right was to debate, so he debated Jimmy Carter. And now here we are today and they're as big a deal - or as potentially as big a deal - as the conventions.

I'll get into Wednesday's debate and what to watch for with our panels, but it's safe to bet they'll also come up when I talk to two of the Republican party's strongest voices, Gov. Chris Christie and former House Speaker Newt Gingrich. Gingrich went head-to-head with Romney in what felt like countless debates during the primaries, and I think he'll have some advice for the candidate on what to do in Denver. I'm also looking forward to asking both of them what Romney needs to do in general going forward to win this thing. They're both two guests who have this really unique habit of actually answering my questions, so that's an added bonus.

Then I'll turn my focus to zero in on battleground politics with Rep. Marsha Blackburn, R-Tenn., University of Virginia's Larry Sabato and Democratic strategist Robert Shrum. Shrum wrote a neat piece this week with going through the history and trend that challengers tend to "win" the first debate against an incumbent president, but cautioned that with Romney "spontaneity invites calamity," and debates invite spontaneity.

Finally I'll turn to another panel to look at some of these big ticket items. In fact, we'll kind of be looking at the big ticket items Lehrer is focusing on Wednesday. Gingrich comes back to the table to offer his ideas on governance in the country today. The Washington Post's legendary Bob Woodward will share his insight into politics and government in general. Moody Analytics' Mark Zandi joins to share the state of the economy and where it could be heading, former DC Chancellor of Schools Michelle Rhee offers her take on the state of education and Hedrick Smith, author of Who Stole the American Dream will help sort it all out.