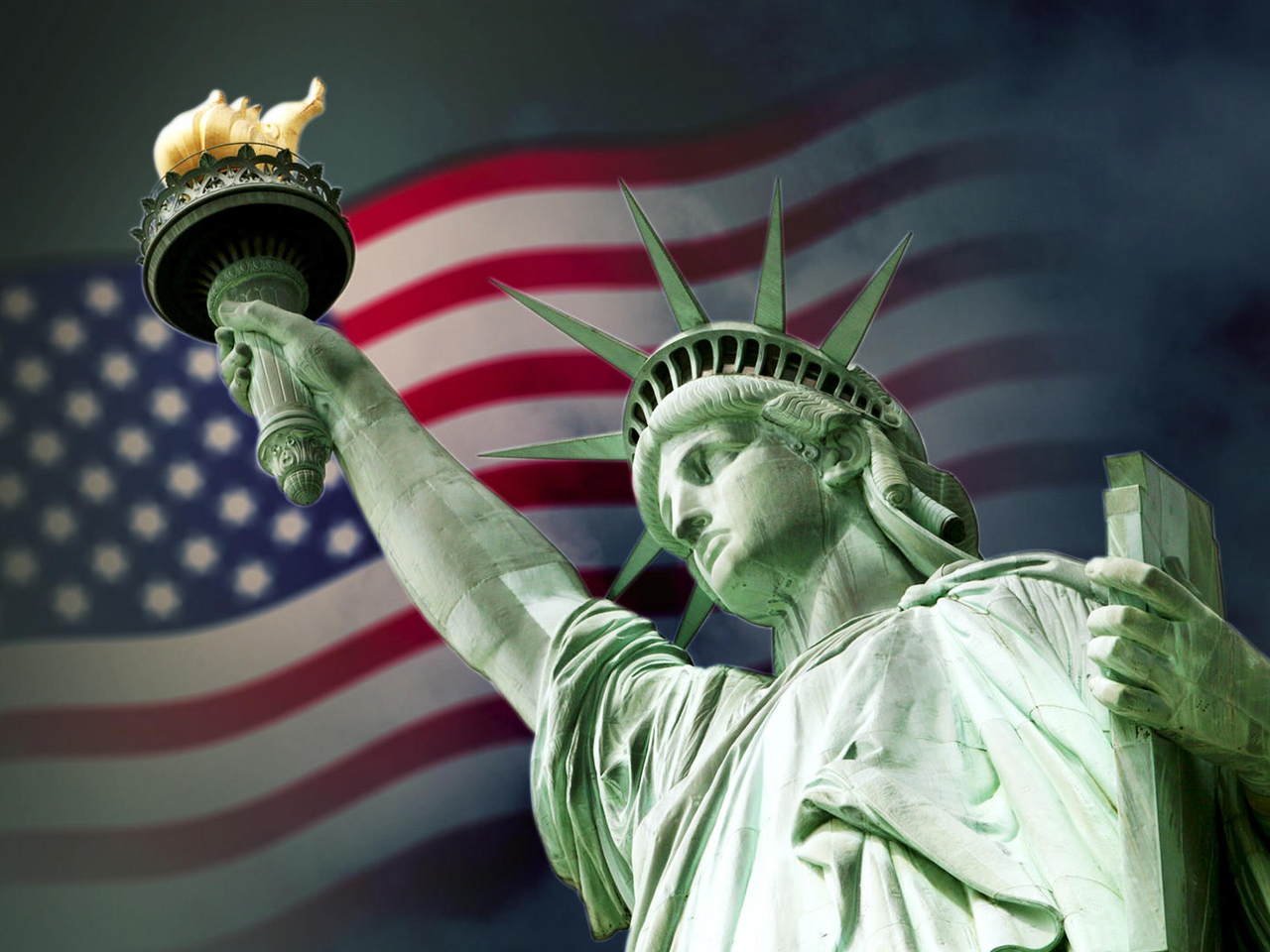 America's immigration policy does not attract and retain high-skilled immigrants and it does not address the fate of the estimated 11.5 million undocumented immigrants living here.

How to secure the border, manage undocumented immigrants and admit immigrant workers of all skill-levels without undermining the domestic job market.

Highly-skilled immigrants are in high demand in science, technology, engineering, and mathematics (the so-called STEM fields). Many immigrants come to America to study these disciplines but must leave when their student visa expires, a policy described by NYC Mayor Michael Bloomberg as "national suicide."

High-skill immigrants are job creators: an additional 100 immigrants in STEM fields would generate an additional 262 jobs for native-born workers, according to the conservative American Enterprise Institute, High-skill immigrants are innovators: foreign-born inventors were behind a majority of patents filed by many major U.S. companies, including Qualcomm (72 percent), Merck (65 percent), and General Electric (64 percent). High-skill immigrants are entrepreneurs: a study from the Partnership for a New American Economy found that over 40 percent of the companies in the Fortune 500 were founded by immigrants or their children, a trend that is accelerating. Between 1995 and 2005, more than 25 percent of internet startups were founded by immigrants, resulting in over 450,000 new American jobs.

The H1-B visa, the employment visa for highly skilled workers, is capped at 65,000 annually. We reached this quota for 2012 in July, leaving many companies unable to fill high-skill vacancies.

Many policymakers have identified border security as the foremost problem with our immigration system, citing concerns about drug smuggling, border violence, national security, and domestic employment. There is evidence that the border is porous: in July (and many times previously) authorities discovereda complex network of underground tunnels along the U.S.-Mexico border, some of them crossing the border, that were presumably used to smuggle drugs or people. But there are also signs that it is becoming less porous.

According to the Department of Homeland Security, the number of foreign nationals apprehended illegally entering the United States declined 61 percent between 2005 and 2010, from 1.189 million to 463,000, though the deterioration of the American economy during that time period likely contributed to the decline in illegal border crossings. Deportation is also proceeding at a rapid clip: in 2011, an all-time high of 396,906 individuals were expelled by Immigration and Customs Enforcement. And the Border Patrol is more heavily staffed than ever before, currently employing over 20,000 agents, nearly double the number of agents in 2004.

The social conscience and cultural character of a country built on the contributions of immigrants should be maintained in whatever policies are offered to manage immigration.

Only through a mix of enforcement and inducement will policy handle the number of immigrants in a sustainable and affordable way. Border security alone is too expensive and neglects the reality that U.S. business needs immigrant labor. Most comprehensive reform proposals contain four main elements: increased border security, a guest worker program to admit low- and high-skill immigrants, an employment verification regime with harsher penalties for employers who knowingly hire illegal immigrants, and a path to citizenship for undocumented residents who meet certain criteria.

The last comprehensive bill to contain all four pillars, The Immigration Reform and Control Act of 1986, was signed by then-President Ronald Reagan. More recently, a comprehensive bill was introduced by Sen. John McCain, R-Ariz., and the late Sen. Edward Kennedy, D-Mass., in 2005 but died amid charges that it offered "amnesty for lawbreakers." President Obama has offered an immigration proposal that largely mirrors previous comprehensive reform efforts.

The Challenge: How, in a polarized government on such a polarized issue, could anyone pass such a big piece of legislation?

This policy would offer a path to citizenship for children of undocumented immigrants, brought to America by their parents, who agreed to serve in the military or earn a college degree. One study estimated that, under this proposal, 360,000 undocumented individuals between 18 and 24 years old would qualify immediately for conditional legal status, with an additional 715,000 individuals between 5 and 17 becoming eligible in the future. President Obama has said he would sign the DREAM Act, urging Congress to send him the bill. Mitt Romney has said he would veto the DREAM Act, but says he could support a yet to be defined GOP alternative.

The Challenge: The DREAM Act rewards law-breakers by allowing their children to have permanent status while those immigrants who play by the rules must wait in line.

In August 2011, the Department of Homeland Security announced they would prioritize the deportation of undocumented immigrants who had a criminal record, granting a degree of reprieve to those with unblemished records.

More recently, the administration announcedthey would no longer deport immigrants who would have been given a path to legality under the DREAM Act - those who completed college or served in the military. Both measures were justified under the executive branch's powers of prosecutorial discretion, which grants enforcement agencies latitude in deciding whether and how to indict an individual or group accused of a crime.

Mitt Romney has criticized the timing of the President's decision, calling it a politically motivated move that only inhibits a long-term solution. However, Romney has indicated that he would not overturn the executive orders, honoring the temporary visas granted to undocumented immigrants under the President's new policy. (Updated Oct. 2, 2:10 p.m.)

The Challenge: These are temporary administrative solutions to problems that can be resolved permanently only through legislation. Executive action at the margins of our immigration system may actually diminish the likelihood of comprehensive reform by masking the severity of the problem. Also, a subsequent president could simply rescind the executive actions taken by the Obama administration.

A recent proposal from a bipartisan group of senators (known as the AGREE Act) would ease visa restrictions on high-skill immigrants, creating up to 50,000 new visas for foreign students graduating from American universities with an advanced degree in science, technology, engineering, or mathematics, and 75,000 new visas for immigrant entrepreneurs in science and technology.

Both President Obama and Mitt Romney have voiced support for policies that attract and retain more high-skill immigrants. The President has advanced administrative measures that ease residency restrictions on highly-skilled workers and their spouses, and has pressed Congress to reform and expand the visa system for highly-skilled workers, embracing the idea of an "entrepreneur's visa." Romney's plan would ask Congress to raise the limit on visas for highly-skilled immigrants and grant permanent residency to any foreign student who obtains an advanced degree in a STEM field from an American university.

Some politicians have demanded absolute border security as a precondition of broader reform initiatives, touting a plan to build a fence along the entire U.S.-Mexico border.

President Obama has supported plans to fence some sections of the U.S.-Mexico border but has noted that security could be achieved with better technology or more manpower, and that border security alone will not fix our immigration system. Mitt Romney has struck a more adamant tone, outflanking several rivals on immigration enforcement during the primary, but he has also signaled flexibility in his approach, highlighting technological solutions that may be more effective along some portions of the border.

Challenge: The cost of building a border fence would be steep: the U.S. Army Corps of Engineers has estimated the cost of such a fence at $7.5 million per mile. Seeking a more cost-effective alternative, some policymakers would sooner elect to use surveillance technology to monitor unfenced stretches of the border, but the largest such program was cancelled in 2011 due to ineffective results and cost overrun.

Some policymakers contend that we don't need new laws - we just need to enforce our existing laws. This approach, favored mostly by conservatives and security hawks, seeks an ironclad, impermeable border, a rigid enforcement of employment laws prohibiting the hiring of undocumented immigrants, and, in some cases, the mass deportation of those individuals and families living in America without proper documentation.

President Obama has said that an enforcement-only approach is not a sufficient answer to the problems with our immigration system.

Mitt Romney's proposal, while not "enforcement-only," could be called "enforcement heavy." He has proposed a policy of "self-deportation," which encourages undocumented immigrants to voluntarily return to their country of origin by statutorily and administratively creating an inhospitable economic climate for them in America.

Finally, the cost of deporting these immigrants would be incredibly steep: a report from the Center for American Progress, a progressive think-tank, pegged the cost of a mass-deportation campaign at $285 billion over five years. And the ripple effect on the U.S. economy could be even costlier: a report from the Perryman Group, an economic research firm, estimated that a complete elimination of the entire undocumented workforce would result in $1.7 trillion in annual lost spending, $651.511 billion in annual lost output, and 8.1 million lost jobs.