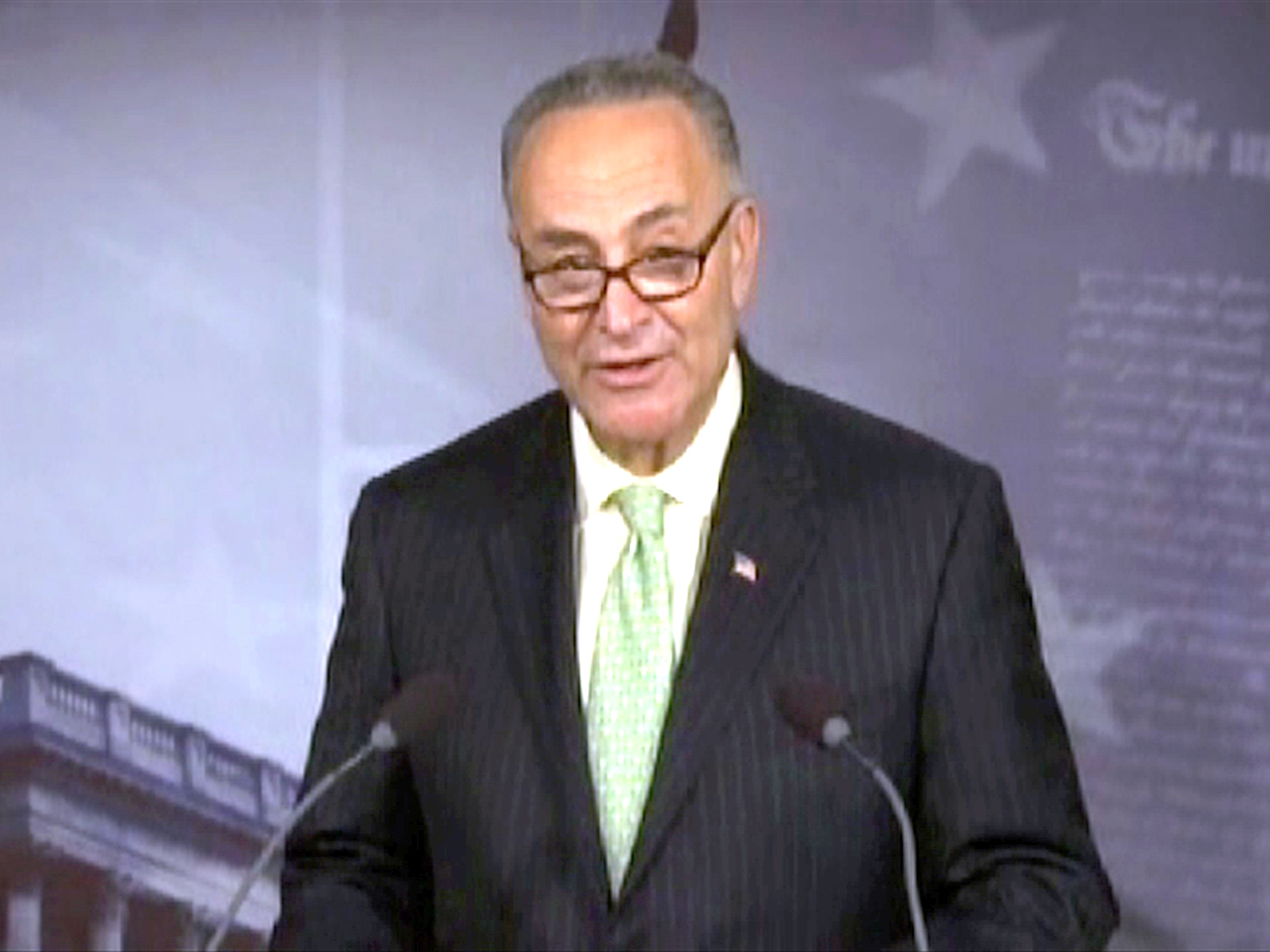 As Washington turns its attention from the elections to the "fiscal cliff," a top Democratic senator said today that he is "heartened" by the remarks of House Speaker John Boehner about his willingness to increase revenue as part of deficit negotiations, calling it "a good first step."

"I was heartened, very heartened by the tone that Speaker Boehner showed yesterday in his remarks," said Sen. Chuck Schumer, D-N.Y., according to The Hill newspaper. "He basically said the president won the election and he should lead. He basically said that he is open to revenues, which many in his own party disagree with."

In a speech on Capitol Hill Wednesday, Boehner said he is willing to work with President Obama and his Democratic colleagues in the Senate to avert the "fiscal cliff," which is a series of automatic budget cuts and tax hikes set to go into effect at the beginning of the year that would alter the structure of the economy too quickly, analysts say. Boehner said Congress should use the pending "fiscal cliff" as an opportunity for a down payment on broader budget reform to be enacted next year.

The House Speaker also signaled a slight shift from his previous position, Boehner also said he is "willing to accept some additional revenues" in a broader deficit reduction agreement that included tax reform.

"You can't expect the Speaker to turn on a dime in 24 hours and embrace everything, higher taxes, higher taxes on the wealthy, but I think privately that he's seen the handwriting on the wall and it makes me very hopeful that we can do something big in the next month and a half. It's a good first step," Schumer said at a breakfast with reporters Thursday.

A lame duck Congress returns next week to address unfinished business. As the "fiscal cliff" is a compilation of Congress' most pressing matters, lawmakers can either set in place a temporary, short-term fix; enact comprehensive reform that alters spending, entitlement programs and taxes; or do nothing.

An aide to a Senate Democratic leader told CBS News that congressional leadership will likely follow President Obama's lead. The aide expects the president to convene meetings to set up a process for negotiations soon.

When speaking to his colleagues via conference call Wednesday, Boehner reasserted a previously expressed sentiment that a lame duck Congress should not tackle comprehensive budget reform but pass a "bridge" to provide the newly elected 113th Congress with the time to work out on the broader structural problems with the budget and deficit.

Maya MacGuineas with the coalition Fix The Debt said any "bridge" would be acceptable provided the lame duck Congress  also include parameters that include a timeline and process for a broader deficit reduction deal.

"They need to make this the first credible step," she said in a teleconference with reporters. "Anything seen as a punt could really destabilize markets."