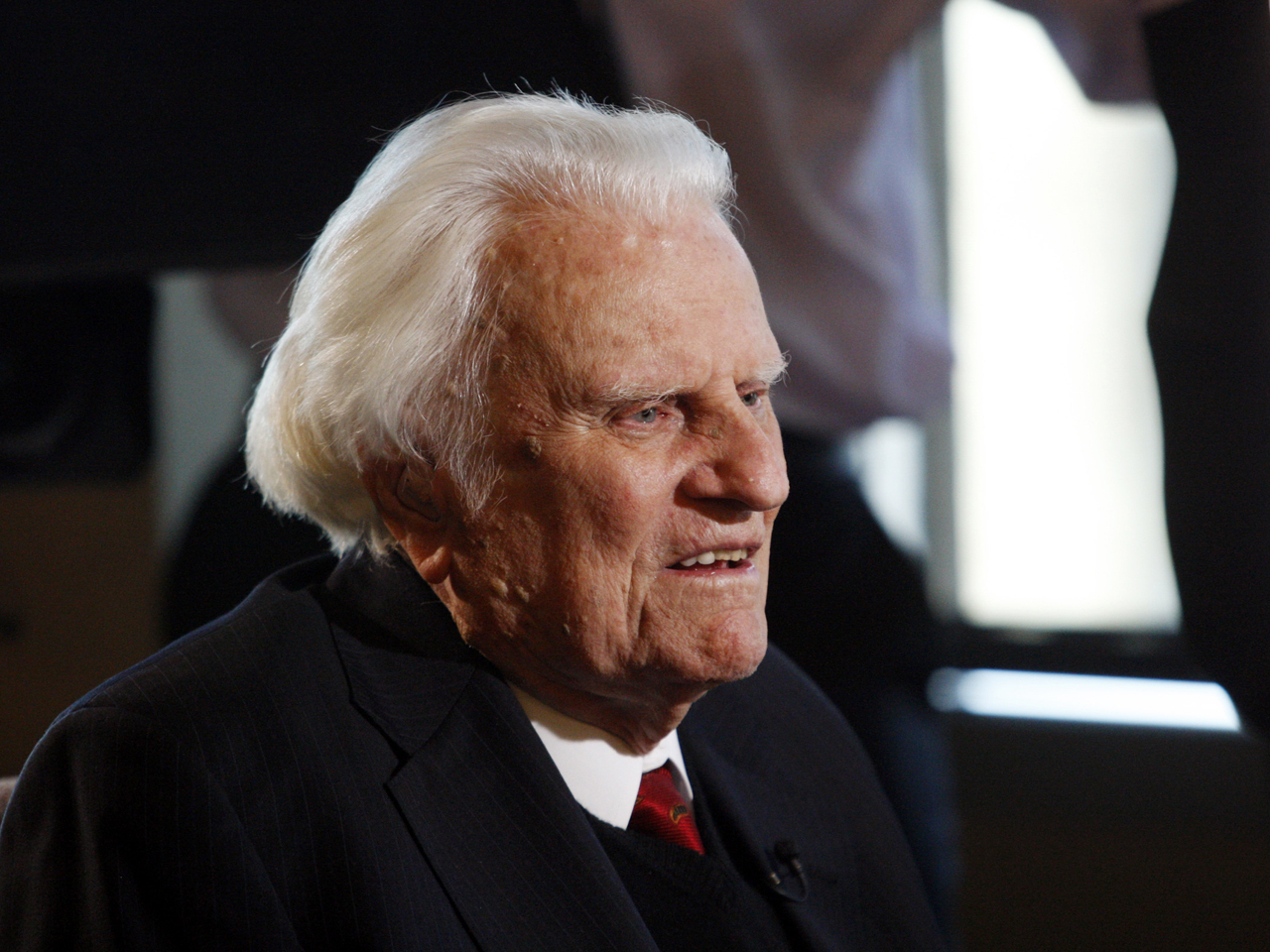 Influential pastor Billy Graham is signaling to evangelical Christians that they shouldn't hesitate to vote for Mitt Romney because of his Mormon religion, further cementing Romney's strong standing with the key Republican voting bloc.

The Billy Graham Evangelistic Association this week removed Mormonism from its list of religious cults, the Charlotte Observer reports. Mormons consider themselves Christians, though not all of their beliefs align with mainstream Christian doctrine.

The association dropped the label after Romney visited Graham and his son Franklin Graham, who now runs the organization, last week. In his six decades of ministry, Billy Graham has served as a spiritual adviser to several presidents, though he's never formally endorsed a presidential candidate.

Ken Barun, chief of staff for the Billy Graham Evangelistic Association, told the Observer in a statement, "We removed the (cult) information from the website because we do not wish to participate in a theological debate about something that has become politicized during this campaign."

Meanwhile, the organization today ran a full-page ad in the Wall Street Journal with a direct appeal from Billy Graham to vote for socially conservative politicians.

"As I approach my 94th birthday, I realize this election may be my last," Graham says in the ad. "I believe it is vitally important that we cast our ballots for candidates who base their decisions on biblical principles and support the nation of Israel. I urge you to vote for those who protect the sanctity of life and support the biblical definition of marriage between a man and a woman."

In a column last month, Franklin Graham wrote, "So, can an evangelical Christian vote for a Mormon? My answer is yes, for if a biblically faithful evangelical could only vote for a candidate who was perfectly aligned theologically, he or she would be unable to cast a vote for president on November 6."

He called Mitt Romney's father George Romney "one of the great governors of Michigan." George Romney's religion, he wrote, "never interfered with governing but his personal faith did define his strong marriage, family values, and personal integrity. I believe the same to be true for Governor Mitt Romney." Franklin Graham went on to criticize President Obama's "plan to rebuild America."

Romney's religious affiliation was once considered a potential liability as he pursued the presidency, but surveys show it isn't a concern for voters. A Pew Research Center survey from July showed that just 60 percent of voters were aware Romney is Mormon, and the vast majority of those who were aware said it didn't matter. Another Pew poll from August showed that Romney's religion is no longer his defining characteristic.

Romney did have some trouble winning over evangelicals during this year's Republican primaries. Now that he's the nominee, however, Christian conservatives have gotten behind him. A Quinnipiac national poll released Oct. 2 showed 77 percent of voters who identify as white born-again evangelicals support Romney while just 18 percent back President Obama.

Romney has appealed to the group by, among other things, charging that President Obama has waged a war against religion. He also delivered the commencement address this year at Virginia's Liberty University, the largest evangelical college in the country.

Christian Heinze at the Hill points out that white evangelical voters are highly mobilized and could play a critical role in certain swing states like Virginia, Florida and Colorado.