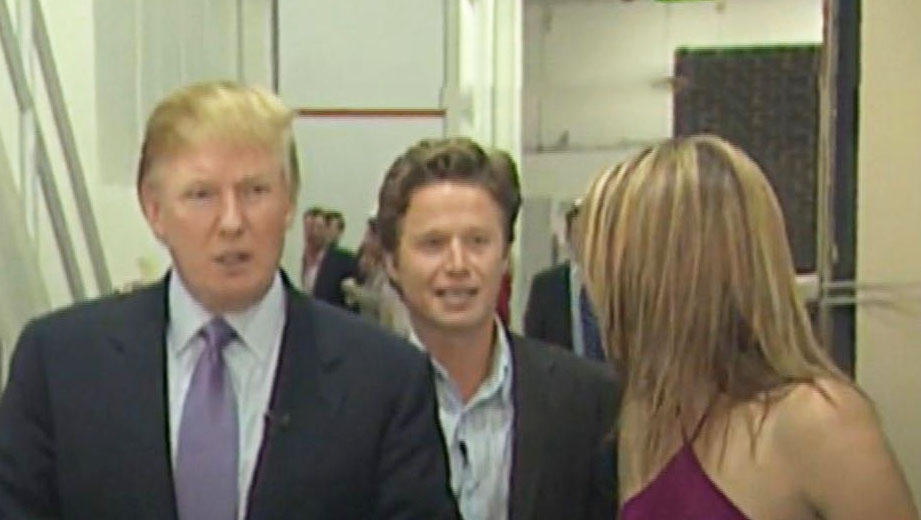 NEW YORK  Billy Bush, embroiled in controversy after laughing along with lewd comments with Donald Trump in a 2005 “Access Hollywood” tape published on Friday, will not be appearing on NBC’s “Today” show on Monday morning, CBS News has confirmed.

Bush has been suspended from “Today” “pending further review,” CBS News has confirmed.

Bush is the anchor of the 9 a.m. hour of “Today.” But he was the host of “Access Hollywood” in 2005 when Trump appeared on the show. In the video, Trump laughs about how he likes to “grab [women] by the p----” and how he tried to get Bush’s co-host Nancy O’Dell to sleep with him.

Bush has since apologized for his role, saying in a statement on Friday “obviously I’m embarrassed and ashamed. It’s no excuse, but this happened eleven years ago – I was younger, less mature, and acted foolishly in playing along. I’m very sorry.”

Trump, for his part, issued an apology early Saturday on Facebook, but has remained defiant ever since. He tweeted on Saturday that there’s “zero chance I’ll quit,” despite growing calls by Republican leaders for him to step down.

Since the video’s release on Friday, Trump has been condemned by almost all prome Republican, although not all withdrew their support from his candidacy. Trump will face Hillary Clinton Sunday night in the second presidential debate, where he is expected to address the controversy.

Nancy O’Dell said on Saturday that “as a woman who has worked very hard to establish her career, and as a mom, I feel I must speak out with the hope that as a society we will always strive to be better. Politics aside, I’m saddened that these comments still exist in our society at all.”

Arianne Zucker, who appears in the video with Trump and Bush after their exchange, spoke out Sunday about the “people in power” who “abuse their position.”