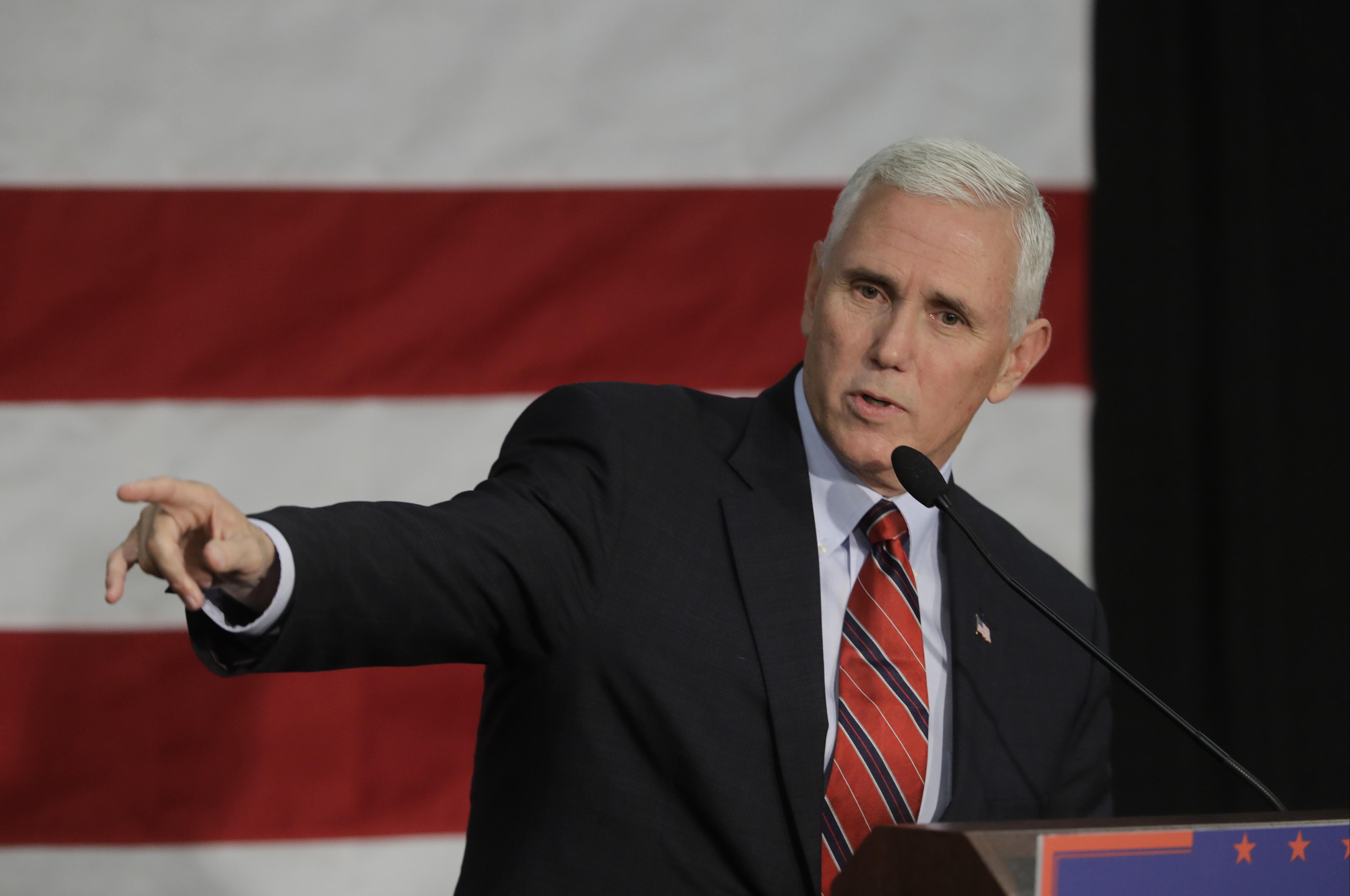 After nearly a day of ignoring reporters’ queries on Donald Trump’s lewd 2005 tape where he discusses attempts to have sex with women, Republican vice presidential nominee Mike Pence is out with a statement condemning Trump’s comments.

“As a husband and father, I was offended by the words and actions described by Donald Trump in the eleven-year-old video released yesterday,” Pence said in a statement Saturday afternoon. “I do not condone his remarks and cannot defend them.”

After Trump’s late-night Facebook video statement apologizing for the 2005 comments, Pence said he was “grateful” that the real estate mogul “has expressed remorse and apologized to the American people.”

The Republican veep candidate added that he was looking forward to Sunday night’s presidential debate in St. Louis, where Trump would have the opportunity “to show what is in his heart when he goes before the nation tomorrow night.”

Pence, who was hastily scheduled to attend a rally with House Speaker Paul Ryan in Wisconsin this afternoon after Trump was disinvited, will no longer make an appearance with Ryan, according to an NBC News report.

On Friday night, Pence blasted the media at an Ohio rally following the Washington Post’s publication of the previously unaired Trump footage, where Trump can be heard bragging about how he would “grab [women] by the p****” and “just start kissing them” because “you can do anything.”

Without addressing the tape specifically, Pence said, “Invariably, they’ll say, this time we got him. This time we found that there’s another tweet come out or something. This time we got another thing, another issue that’s come forward. Then they turn on the next television the next morning, and Donald Trump is still standing stronger than ever before and fighting for the American people. And he is going to fight all the way to the White House.”

The Associated Press, however, reported Friday night that despite Pence’s staunch public defense of Trump, he was “beside himself” when he heard of the 2005 comments.

Pence’s Saturday statement comes amid several calls from Republicans for Trump to drop out of the race altogether, paving the way for the Indiana governor to take over the top of the ticket.

Chair of the Senate Republican conference, North Dakota Sen. John Thune, posted on Twitter Saturday that Trump “should withdraw” and that Pence’s should become the GOP nominee “effective immediately.” Thune became the first -- and, so far, only -- member of the GOP leadership team to do so.

Others have harshly denounced Trump’s comments but stopped short of calling for Trump’s departure from the race.

Speaker Ryan, for instance, said he was “sickened” by the words of his party’s nominee.

“Women are to be championed and revered, not objectified,” Ryan said in a statement. “I hope Mr. Trump treats this situation with the seriousness it deserves and works to demonstrate to the country that he has greater respect for women than this clip suggests.”

Ryan has not rescinded his endorsement of Trump.

Trump, for his part, has said to various media outlets that he would not be dropping out of the race any time soon.

“I haven’t heard from anyone saying I should drop out, and that would never happen, never happen,” Trump told the New York Times Saturday. “That’s not the kind of person I am. I am in this until the end.”