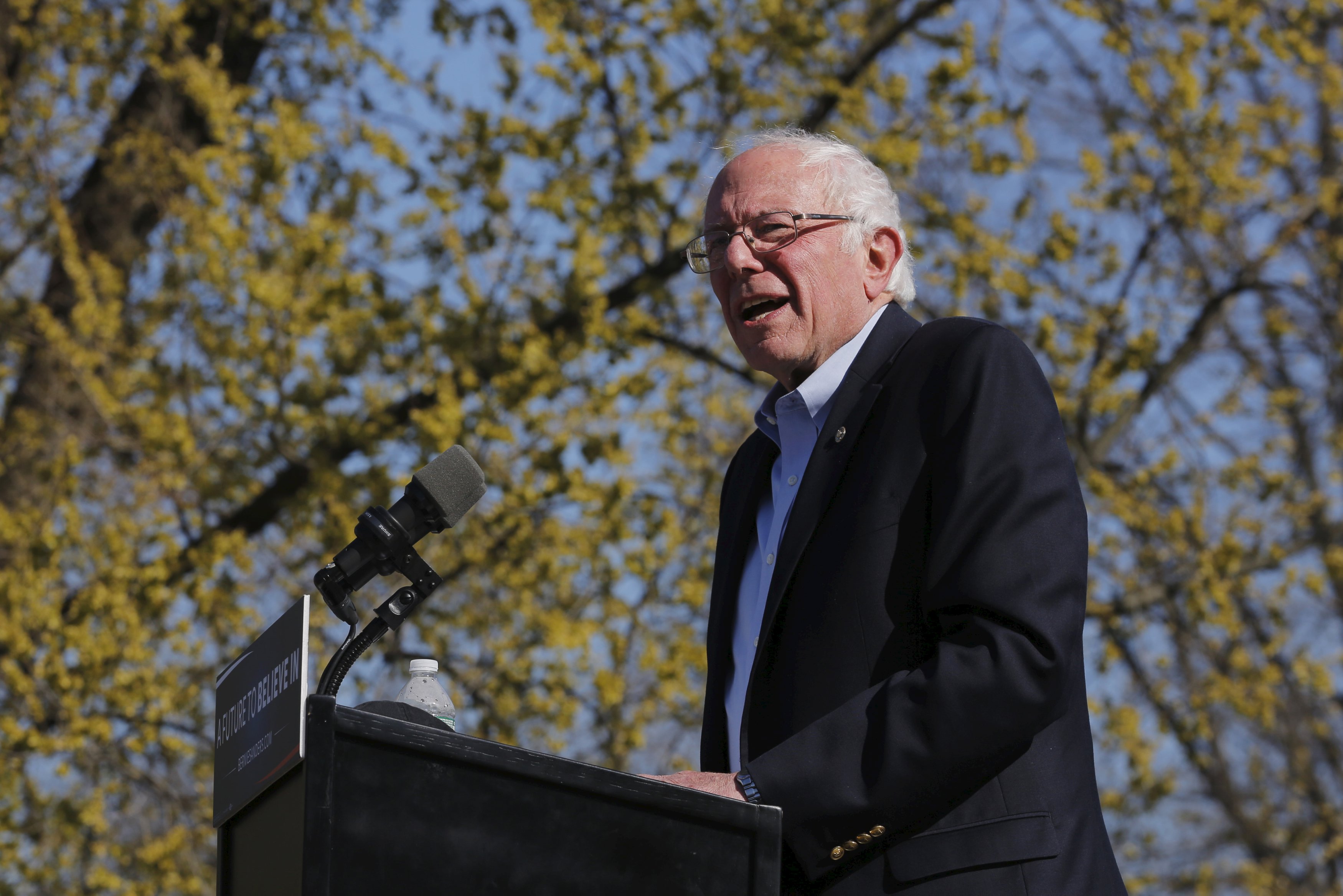 Voters head to the polls Tuesday in New York state, where 247 Democratic delegates are at stake--and it's yet another state where Vermont Sen. Bernie Sanders is outspending former secretary of state Hillary Clinton heavily on the airwaves.

This is not the first time Sanders has dropped more on TV ads than Clinton, and with varying results. In Wisconsin, his team spent $2.4 million on TV and radio ads in the two weeks before primary day, compared with $1.43 million for Clinton--and Sanders ended up winning the state by 13 points. The same dynamic was true in New Hampshire, where Sanders spent more and had a big win.

But in Arizona, where Clinton won by 18 points, NBC News reported that Sanders spent $1.3 million to Clinton's $600,000. He also spent heavily that same week in Utah, Washington, Idaho and Hawaii--all states he won by large margins, but into which Clinton put no ad money at all.

Sanders still isn't running any ads that go after Clinton by name--but in New York, where the tone of the Democratic primary has become much more contentious, he's getting a bit closer. After repeatedly hitting her for accepting speaking fees on Wall Street in excess of $200,000 per hour and her position on the federal minimum wage, his campaign put out an ad in New York that focuses on how "Wall Street banks shower Washington politicians with campaign contributions and speaking fees."

Clinton's campaign nodded to the spending discrepancy in an email to supporters Monday morning.

"The New York primary is in just one day, and Bernie's team has outspent us by more than TWO MILLION DOLLARS in TV ads," campaign manager Robby Mook writes in the email. "If we want to bring home a big win, we need to close that gap in these crucial final 24 hours."