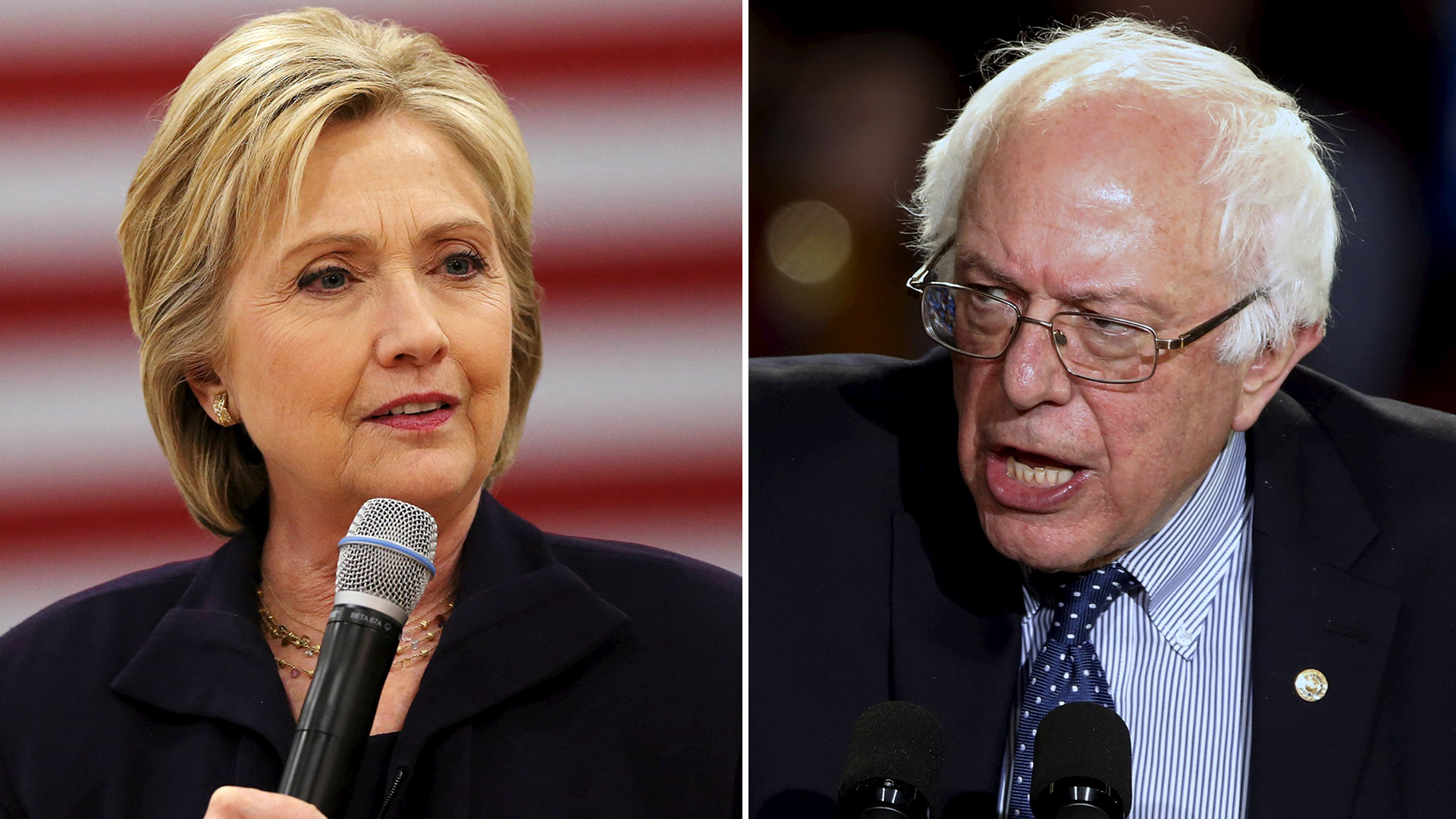 Over the last several days, voters heard this from the Democrats running for president:

"I am so sick of the Sanders campaign lying about me. I'm sick of it."

Bernie Sanders is siding with gun manufacturers over the families of slain children in Connecticut.

And this, the sniping over the details of a New York debate:

"The Sanders campaign needs to stop with the games."

After a relatively cordial race for the Democratic nomination, the tone has taken a nasty turn between former Secretary of State Hillary Clinton and Vermont Sen. Bernie Sanders. Sanders, in particular, has adopted harsher rhetoric toward Clinton as the two candidates campaign in earnest ahead of the Apr. 19 New York primary.

It's a sign that the race between Clinton and Sanders has entered a new phase -- and that there is some recognition on the part of Sanders' campaign that he needs to do something to change the course of the race if he has any chance of overcoming his delegate deficit to have a real shot at winning the nomination.

Things came to a head Wednesday night when, at a rally of more than 9,000 in Philadelphia, Sanders said of Clinton: "I don't believe that she is qualified." He listed reasons why she isn't qualified: her super PAC's donations from special interest groups, her support for free trade agreements, her vote for the Iraq war and others.

Clinton's campaign quickly pointed out, both to reporters and in an email to supporters, that Clinton herself has never used those words to describe Sanders. "Hillary Clinton did not say Bernie Sanders was 'not qualified.' But he has now - absurdly - said it about her. This is a new low," spokesman Brian Fallon tweeted.

Sanders' comment about her lack of fitness for the presidency comes after some harsh accusations from Clinton, too. After Sanders had a rough interview with the editorial board of the New York Daily News, which skewered him on gun control, Clinton went hard on Sanders' past support for legislation granting immunity to gun manufacturers.

In an interview with CBS' Charlie Rose for "CBS Evening News" on Thursday, Sanders said his supporters frequently ask him to attack Clinton over her private email server or the foreign donations to the Clinton Foundation, both stories that dominated the headlines over the last year. Sanders, though, said he hasn't and won't do that--but that when he perceives he's being attacked, he has to strike back -- "tit for tat," as Rose put it, and Sanders acknowledged.

"When I see the headlines, 'Clinton questions whether Sanders is qualified to be president,' you know what? we're going to respond to that," Sanders said.

But when Rose followed up, noting that Clinton never actually said those specific words, Sanders dismissed the point, saying that she lets her surrogates do her dirty work for her, launching "terrible attacks."

"It's not a question of a headline," he said. "After we won in Wisconsin, I think the Clinton campaign...what they have said publicly is the tenor is going to change, they're going to go much more negative on us. And they have."

"What I believe is that there are surrogates all over the television making that point, they think I'm not qualified," he said.

Tad Devine, Sanders' chief strategist, told Politico the more aggressive tone from his candidate is, in part, a result of playing in the world of the harsh, tabloid-driven New York media -- and that Sanders is merely punching back when he's hit.

It seemed to be that the debate about their next debate touched off the new, harsher tone. Initially, Clinton strategist Joel Benenson insisted the Clinton campaign would wait to see whether Sanders' "tone" changed before agreeing to a debate; Sanders supporters pushed back with a social media campaign, using the hashtag #ToneDownForWhat. Sanders' campaign called for one on either April 10 or April 17, while initially Clinton accepted a morning debate on April 15. The two campaigns eventually settled on April 14 in Brooklyn.

Last week, Clinton also showed a flash of anger at Sanders in public. On a ropeline, when a Greenpeace activist asked Clinton whether she would pledge to forego campaign donations from the fossil fuel industry, Clinton drew close to the woman, pointing her finger and raising her voice. "I am so sick of the Sanders campaign lying about me. I'm sick of it," she told her, visibly angry.

The day after Sanders' "unqualified" comment, Clinton was back to playing nice, saying the issue of her qualifications is up to the voters of New York.

"Well, it's kind of a silly thing to say," she said while campaigning in the Bronx. "But I'm going to trust the voters of New York who know me and have voted for me three times--twice for Senate and once in the presidential primary."

Still, she said, "I will take Bernie Sanders over Donald Trump or Ted Cruz any time, so let's keep our eye on what's really at stake in this election."

It's not as if the two Democratic hopefuls haven't disagreed before: Sanders has consistently hit Clinton over accepting money from Wall Street executives and called on her to release the transcripts of her paid speeches to Wall Street companies; Clinton has suggested Sanders' positions aren't realistic.

But still, until recently the two candidates largely confined their criticism of each other to policy-based issues. In early February, Sanders said the idea that he's run a negative campaign is "absurd." "I have tried my best to run a positive, issue-oriented campaign never making personal attacks against Hillary Clinton," he said.

It is true that he doesn't mention her name, but no one will fail to recognize that he is talking about Hillary Clinton -- he's attacking the positions of an unnamed other Democratic candidate in the race. One ad in regular rotation says there are "two Democratic visions" for dealing with Wall Street, including one that "says it's okay to take millions from big banks and then tell them what to do." Another ad focuses on trade deals, including NAFTA and the Trans-Pacific Partnership, noting that others in the race "supported unfair trade deals."

Things may get worse between the two Democrats before they get better, but once they have a common enemy, their differences will dissipate, Sanders seemed to imply.

"I think the idea of a Donald Trump or a Ted Cruz presidency would be an unmitigated disaster for this country," Sanders told Rose. "I will do everything in my power and work as hard as I can to make sure that that does not happen. And if Secretary Clinton is the nominee, I will certainly support her."