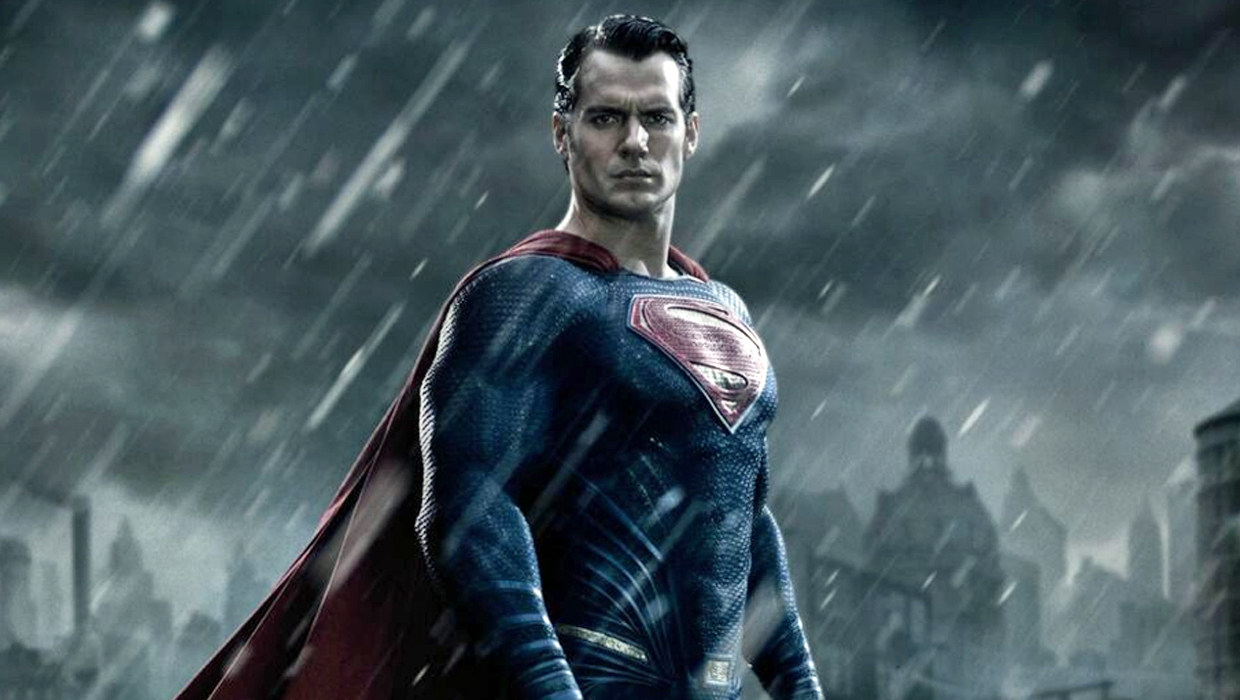 It's a bird, it's a plane, it's...Henry Cavill in our first look at the Man of Steel in "Batman v Superman: Dawn of Justice."

The 31-year-old actor can be seen reprising his role as The Last Son of Krypton in an image released Thursday on the film's official Twitter page.

The rainy backdrop helps emphasize the fact that dark days lie ahead for Metropolis' top superhero:

Cavill will go head to head with Ben Affleck, who takes on the role of the Dark Knight from Christian Bale after he stepped down from the part with the conclusion of Christopher Nolan's acclaimed Batman trilogy.

We'll also get to see Gal Gadot for the first time as Diana Prince, a.k.a Wonder Woman, and Jason Mamoa as Aquaman/Arthur Curry. Another newcomer will be Jesse Eisenberg, taking on the role of villain Lex Luthor.

"Man of Steel" cast members Amy Adams, Laurence Fishburne and Diane Lane will all return for the sequel, in addition to director Zack Snyder, who helped come up with the "Batman vs. Superman" story with "Dark Knight" screenwriter David S. Goyer.

And as if the anticipation over this film isn't enough, we also have the long-awaited "Justice League" film to look forward to in the future.