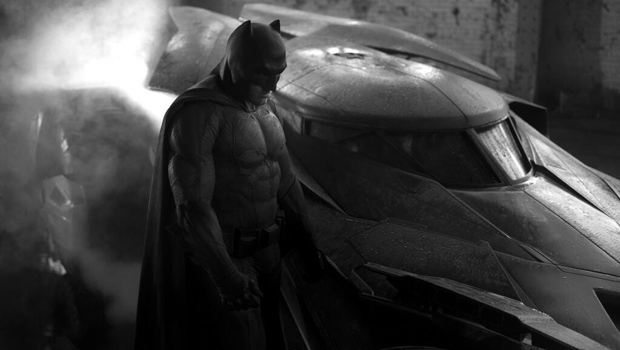 The Internet practically exploded when Ben Affleck was announced as the next actor to play Bruce Wayne/Batman last summer.

Now, director Zack Snyder is giving fans the first look at Affleck as the Caped Crusader in the upcoming "Man of Steel" sequel.

Snyder shared the photo via Twitter on Tuesday, a day after revealed the latest incarnation of the Batmobile (though it's partially covered by a tarp).

Snyder is directing the Batman-Superman film, which is slated to open May 6, 2016. Henry Cavill is returning as the Man of Steel along with Amy Adams as Lois Lane, while Jesse Eisenberg has been cast as Lex Luthor, Gal Gadot as Wonder Woman and Jeremy Irons as Alfred.

Tell us: How does Affleck look as Batman?