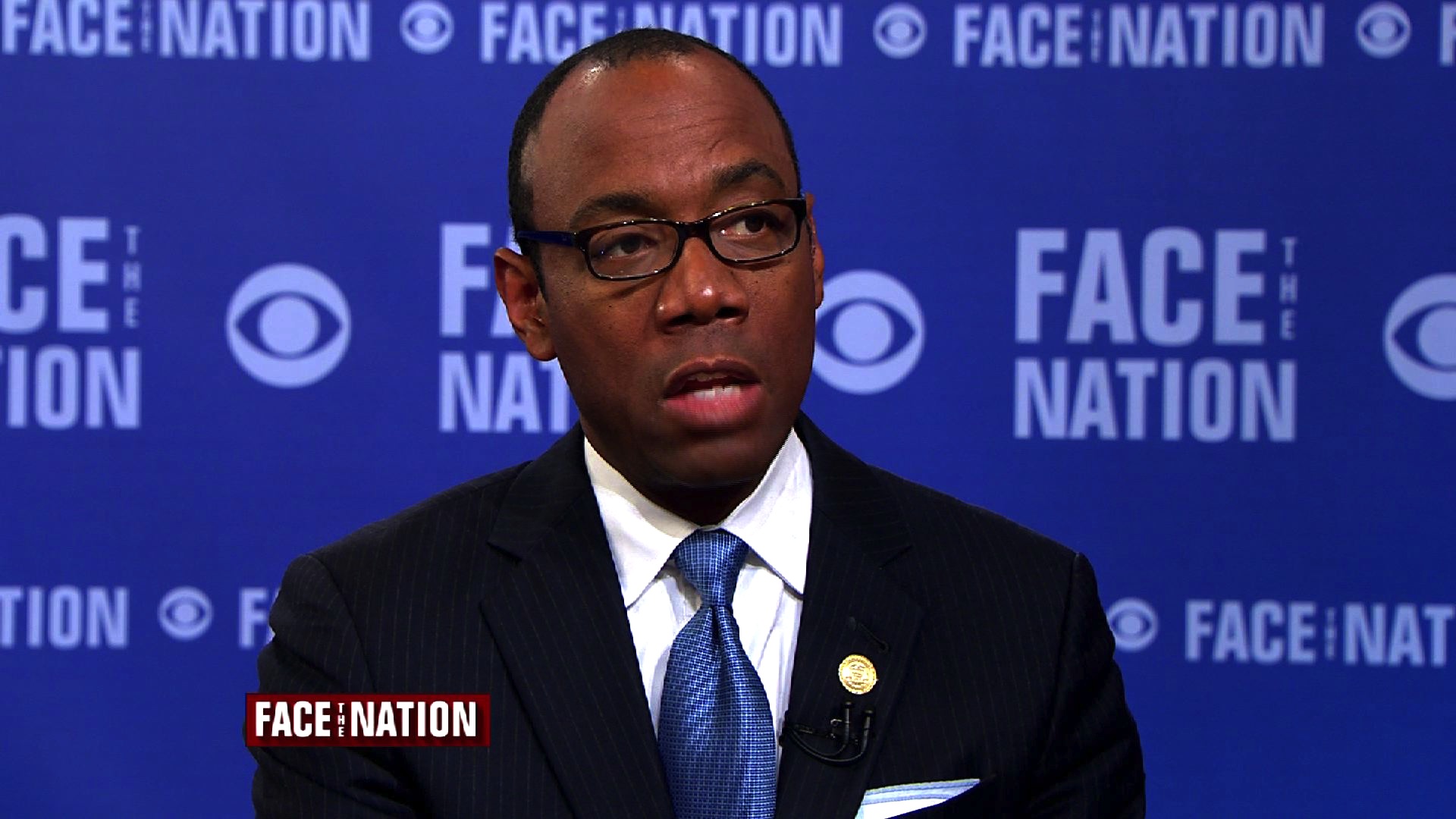 Police departments are taking a second look at their relationships with minority communities after the deaths of three black Americans following confrontations with white police officers have sparked protests across the nation.

In an interview on CBS' "Face the Nation" Sunday, New York City Police Commissioner William Bratton outlined the steps his department is taking in the wake of Eric Garner's death following an apparent chokehold by an NYPD officer, including full retraining of 22,000 officers who work in the field and implementing new smartphone technology for all officers.

But NAACP Cornell William Brooks, in a separate "Face the Nation" interview, said the department is not doing enough.

"We have a model of policing that is predicated on essentially operating in the community and not being of the community and that is fundamentally a problem. And so this is part of a longer narrative. We simply can't treat these as individual incidents to be assessed in that way without larger reform," Brooks said.

The larger reforms he proposed include federal legislation to ban racial profiling, a national standard for use of force, and more examination and implementation of a body camera policy.

Face the Nation's Bob Schieffer also interviewed J. Scott Thomson, the Camden County Police Chief in New Jersey. Once ranked the most dangerous city of its size in the country, Camden has begun to see improvements in its crime rates after it established a new police department in May 2013.

"We established a culture from very early on that the relationship that would bind us with our people was one based on building the community first and enforcing the law second," Thomson said.

Asked to describe the single thing that has been most successful for the department, Thomson cited human contact, including having officers walking the beat, spending more time outside of their squad cars and talking to residents about what matters most to them and what has most negatively defined their lives.

"Nothing builds trust like human contact," he said. "The transformation we were able to do enabled us to connect with our people and to establish the fact that cops are going to perform as guardians and not as warriors. The result that we have seen is that we've cut shootings and murders in half in less than 24 months."

Soledad O'Brien, the executive producer and director of the "Black in America" documentary series, said she saw a contrast between the reforms Bratton described and those championed by Thomson.

Both she and Brooks talked about the widespread racial disparities in policing, something O'Brien said "becomes very damaging" to both the individuals who are frequently stopped by police as well as the communities. Brooks said an entire generation of young people say they live in the middle of "a pandemic of police misconduct."

Going forward, the question will be what changes.

"It's a critical moment for law enforcement for us to not circle the wagons, take a defensive position, but to keep our ears and our minds open and move forward in a way that has a collective universal agreement of how the justice system should operate," Thomson said.