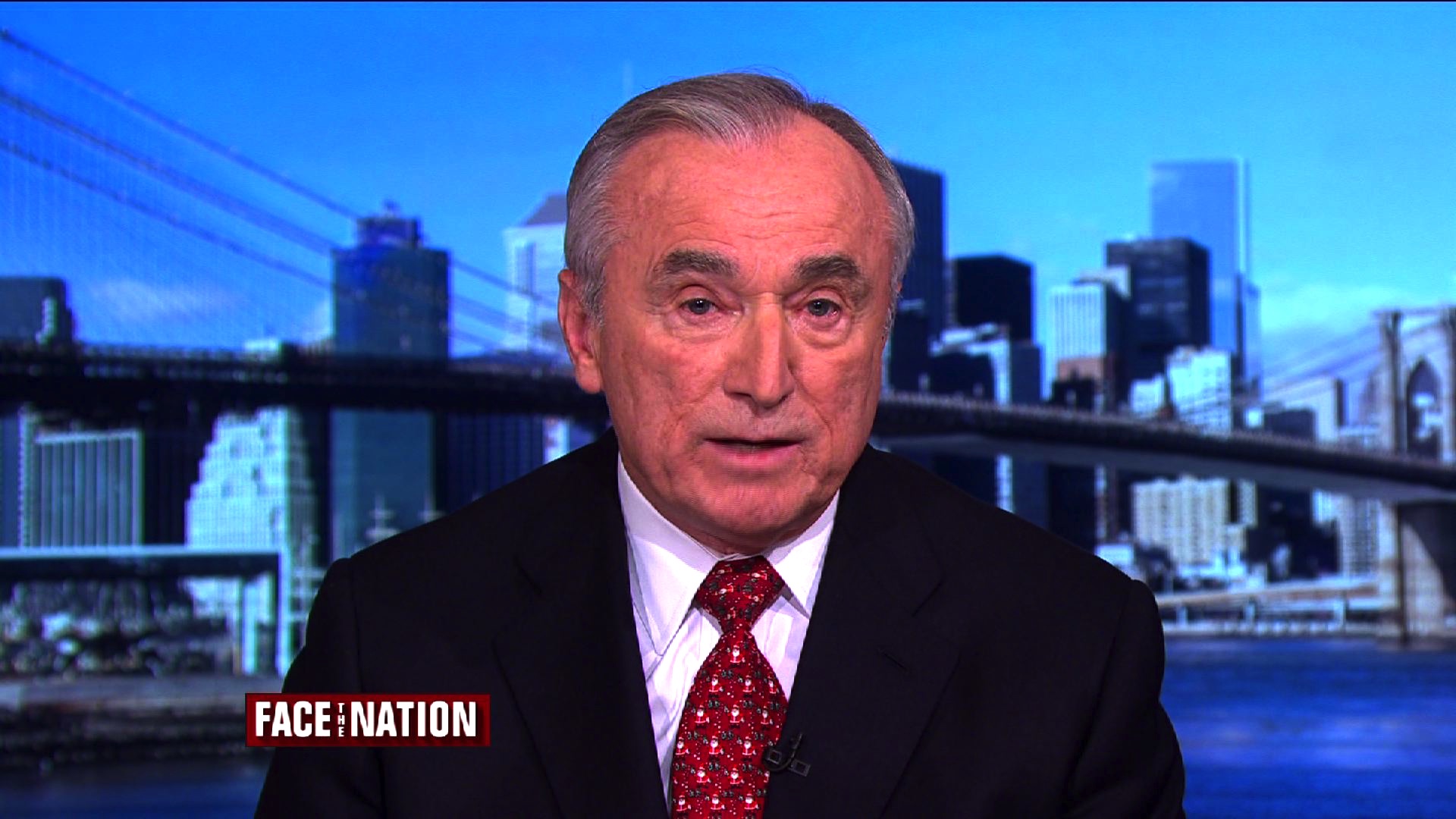 New York City Police Commissioner William Bratton promised "an open process" in the department's investigation of Eric Garner's death after a confrontation with police officers last July, but is holding back his own opinion on the nature of Garner's death.

Last week, a grand jury declined to indict Daniel Pantaleo, the white New York City police officer who used an apparent chokehold on Garner, who was black, and who died after the July confrontation in the borough of Staten Island. The incident was captured on video.

"I don't think that anybody that watches that video is not disturbed what they saw; that policing involving use of force, it always looks awful," Bratton said in an interview on CBS' "Face the Nation" Sunday. "We have an expression, 'lawful but awful.' The criminal courts have decided, our district attorneys and grand jury has decided there were no criminal actions involved. We're now going to have to see if the actions the officers engaged in were in violation of our policies and procedures."

Now that the criminal investigation has concluded, the department is beginning an administrative investigation into Garner's death with a focus on whether there were a violation of policies, procedures, rules and regulations. Bratton predicted that the whole process would take three to fourth months based on past experience and the number of witnesses they have to interview, but believes it will conclude ahead of the Department of Justice's criminal civil rights investigation.

Asked whether he believed Pantaleo used excessive force, Bratton indicated he would make that final decision after the internal affairs investigation concludes.

In the meantime, Bratton says there is "probably no department in America" that's doing more to address the tension between police and minority communities. There have been protests across the country in response to the grand jury decision not to indict Pantaleo, which came just a week after a grand jury in Missouri decided not to indict the white police officer who shot unarmed black teenager Michael Brown.

Bratton said there is a new inspector general setting up an office in New York, a federal monitor looking at violations of stop and frisk practices since the beginning of the decade, full retraining of 22,000 officers who work in the field, new smartphone technology for all officers within the year, and that a pilot program on body cameras for police has already begun.

He also disagreed with the head of the city's police union, who said that officers felt "thrown under the bus" by New York City Mayor Bill DeBlasio's remarks that he and his wife, Chirlane, have had to have painful conversations with their teenage son Dante about his own interactions with police.

"This mayor, my mayor, Bill DeBlasio is probably one of the best I've ever worked with," Bratton said. "This is a mayor that has been very, very supportive of equipping the police to deal with many of the issues that this city is facing. He's a progressive. He certainly wants police to police constitutionally, compassionately, respectfully, which is why he's hired me because we are both of a shared mind on that issue."

He said that he has "great respect" for Patrick Lynch, the head of the union, but said the two "have a very strong difference of opinion on that comment."

Full transcript of "Face the Nation" on November 8, 2020
Rebecca Kaplan