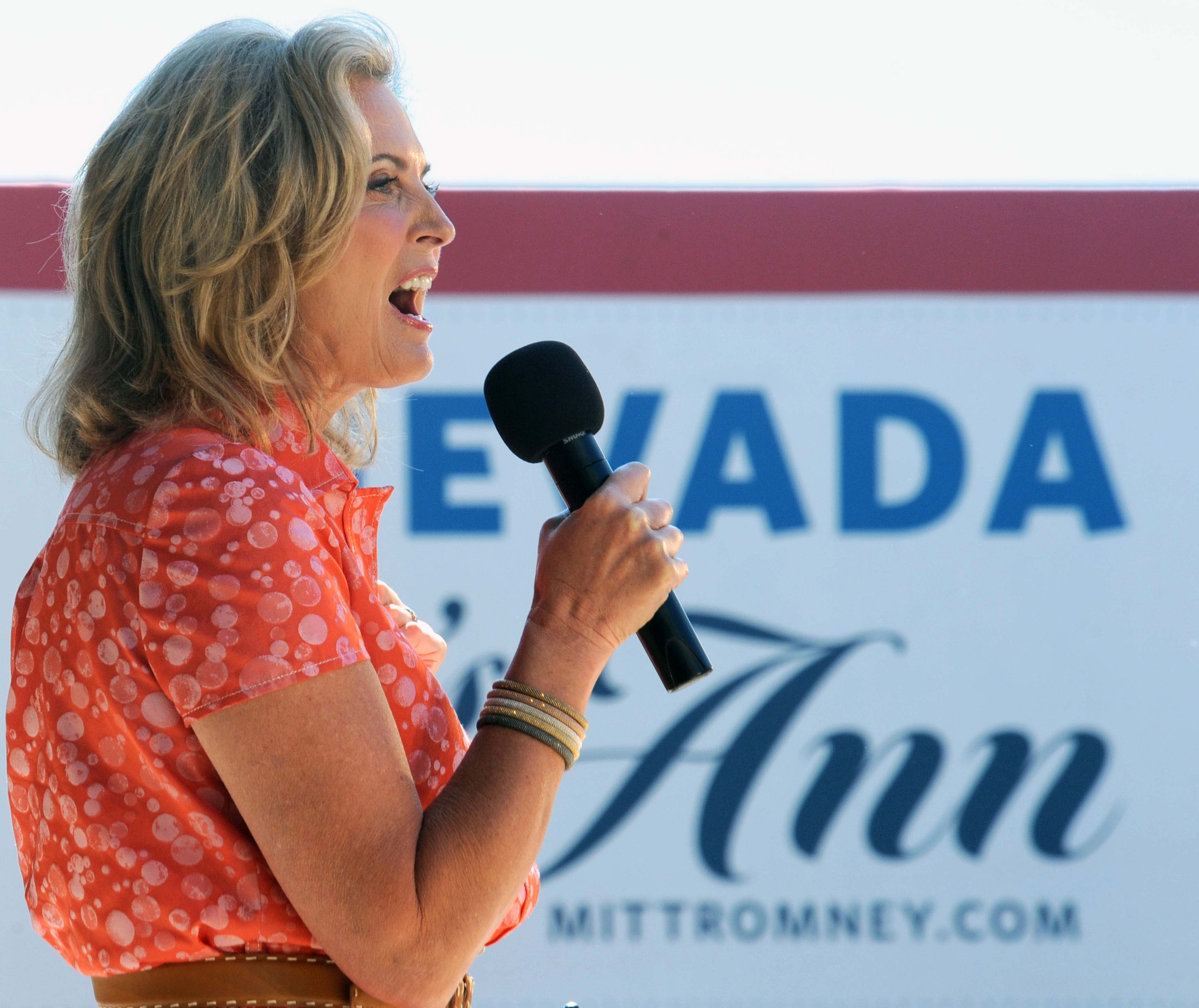 (CBS News) Ann Romney's biggest concern if her husband becomes president would be his ability to maintain his "mental well-being," she said in an interview Thursday with KTVN in Reno, Nev.

Asked what her primary worry would be should her husband succeed in defeating President Obama on Nov. 6, Mrs. Romney replied, "You know, I think my biggest concern, obviously, would just be for his mental well-being."

In a speech at Bartley Ranch in Reno earlier in the day, Mrs. Romney defended her husband. Criticism that the Republican presidential nominee is unrelatable, she said, is "off base." Mitt Romney has faced a difficult few weeks in the campaign that culminated in a leaked fundraiser video capturing him saying 47 percent of Americans depend on the government and consider themselves "victims."

Mrs. Romney told KTVN she hasn't been a part of debate preparations, as she and her family members have been campaigning separately. She also revealed that she had "minor surgery on her right hand" last week to remove a small cyst.