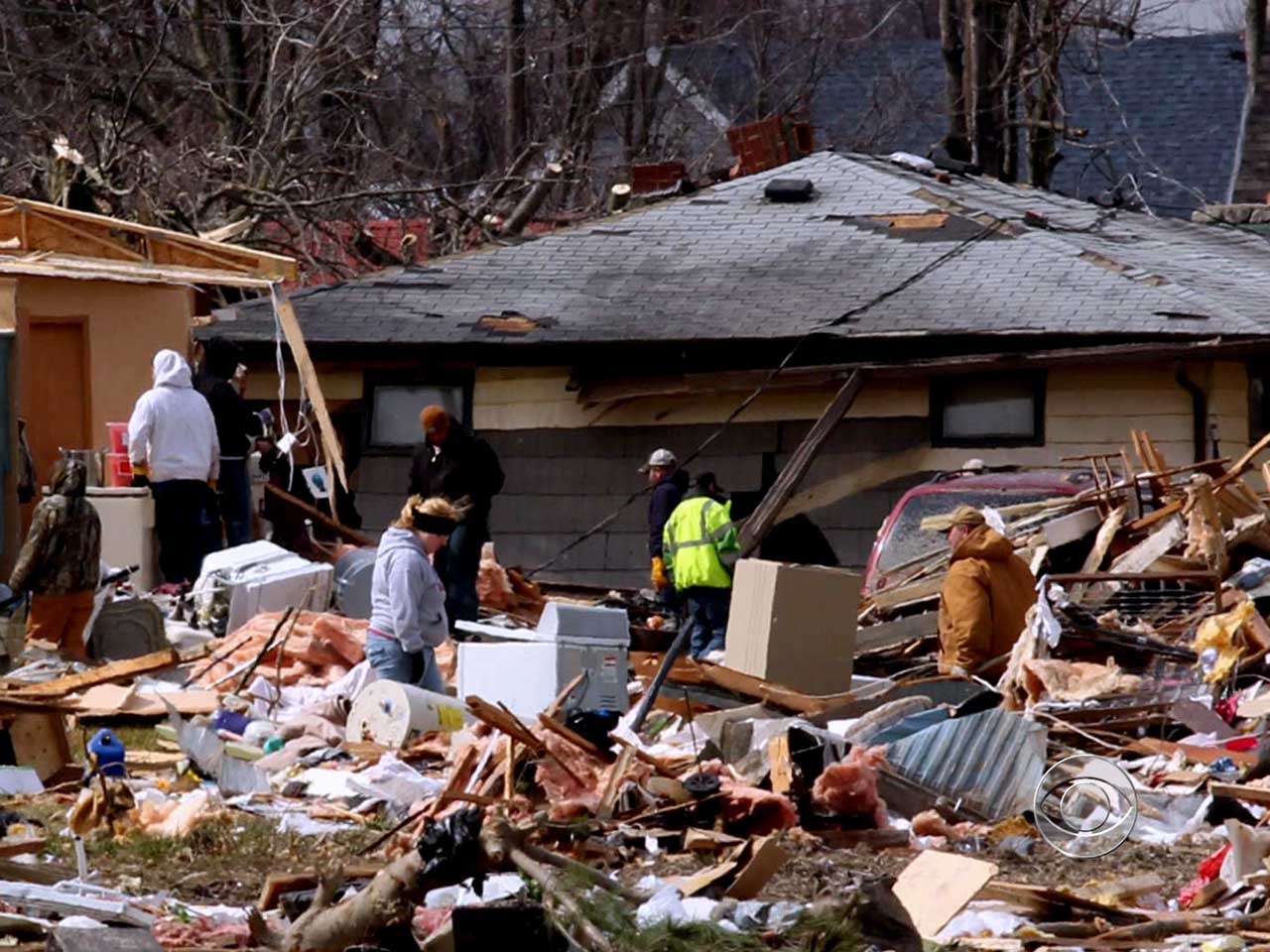 (CBS News) The devastating tornadoes in the Midwest and South have killed at least 39 people, including four members of the Babcock family of New Pekin, Indiana, who died Friday.

A fifth and final member of the family, 15-month-old Angel Babcock, died Sunday of her injuries. She had been ripped from her home and found in a field alive on Saturday, only to later succumb to her injuries. Tornadoes hit seven states over two days.

Henryville, Indiana, was hit by two tornadoes and all but destroyed. CBS News correspondent Elaine Quijano reports that there is a long road to recovery for town residents.

There's still no power and no heat at St. Francis Xavier Catholic Church in Henryville, but at morning mass, parishioners made sure there was music.

Father Steven Schaftlein spoke of healing. He told his congregation that this town of 1,900 residents have a choice: hope or despair.

"We can choose to begin anew, to see this experience as the end or a new beginning," Schaftlein said.

Starting over will take time. The National Weather Service reports two tornadoes hit Henryville Friday afternoon. One of them, a powerful ef4 - on a scale of 5 - raked the ground for some 50 miles.

Insurance agent Lyn Murphy-Carter was hard at work, too. She's been meeting with customers at the business her father started.

"Everybody's like family. I didn't want to cry, but I love my people. I mean, I love them, every one of them like they're my neighbor, my brother, my sister," said Murphy-Carter.

Right now, her priority is helping people take care of their homes.

"We're gonna be ok. There's people that aren't gobna be okay. There's nothing we can do about that. But the ones of us that are lucky to be here right now are gonna be okay," Murphy-Carter said.