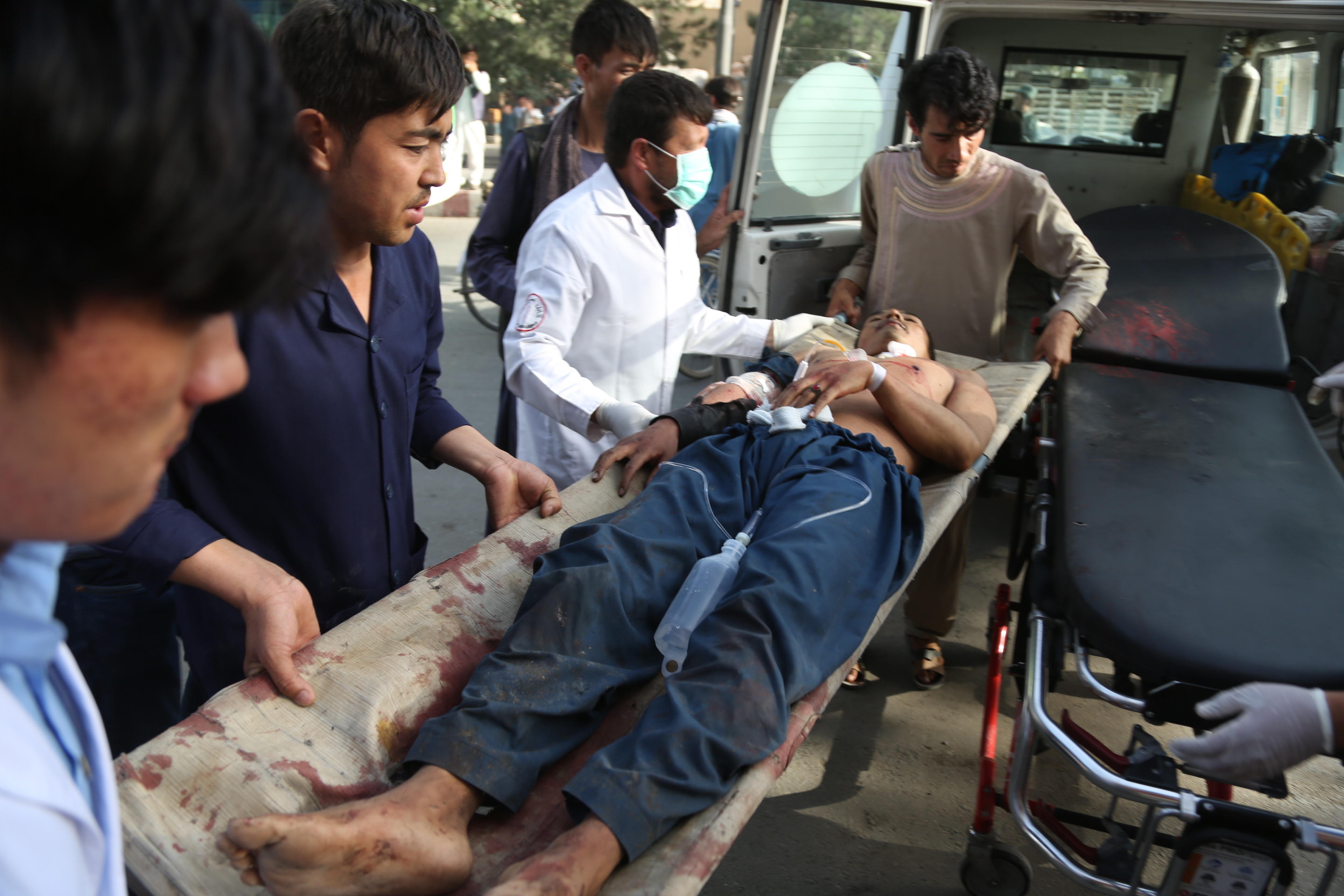 KABUL, Afghanistan -- A suicide bomber targeted students preparing for university exams in a Shiite neighborhood of Kabul on Wednesday, killing at least 48 young men and women studying together in an attack that was blamed on the Islamic State of Iraq and Syria (ISIS) branch in the country. Afghanistan's Ministry of Public Health confirmed the death toll, saying at least 67 other people were wounded.

Najib Danish, spokesman for the Afghan Interior Ministry, said the attack struck a private building in the Shiite Dasht-i Barcha area of Kabul, a predominantly Shiite Muslim area which has been targeted by ISIS in the past.

The explosion initially set off gunfire from Afghan guards in the area, leading to assumptions that there were more attackers involved, but officials later said all indications were that there was only one bomber.

No one immediately claimed responsibility for the attack but Jawad Ghawari, a member of the city's Shiite clerical council, blamed ISIS, which has carried similar attacks in the past, hitting mosques, schools and cultural centers.

In the past two years, Ghawari said there were at least 13 attacks on the Shiite community in Kabul alone.

Abdul Hossain Hossainzada, a Shiite community leader in the neighborhood in western Kabul, said the bomber apparently targeted the course, which had young men and women studying together.

Both the resurgent Taliban and the ISIS affiliate in Afghanistan target Shiites, considering them to be heretics. Zabihullah Mujahid, the Taliban spokesman, denied any involvement by the group in the Kabul attack.

Wednesday's assault comes amid a particularly bloody week in Afghanistan. A Taliban assault on two adjacent checkpoints in northern Afghanistan late on Tuesday night killed at least 30 soldiers and policemen, officials said. An assault on a remote military outpost left 17 Afghan security forces dead the previous day, and the major city of Ghazni was just starting to recover on Wednesday from a deadly, days-long siege by Taliban militants, repelled with significant support from the U.S. military.

The Tuesday night attack took place in northern Baghlan province, in the Baghlan-I Markazi district, said Mohammad Safdar Mohseni, the head of the provincial council. Dilawar Aymaq, a parliamentarian from Baghlan, said the attack targeted a military checkpoint and another manned by the so-called local police, militias recruited and paid by the Interior Ministry.

Mujahid, the Taliban spokesman, claimed responsibility for the assault.