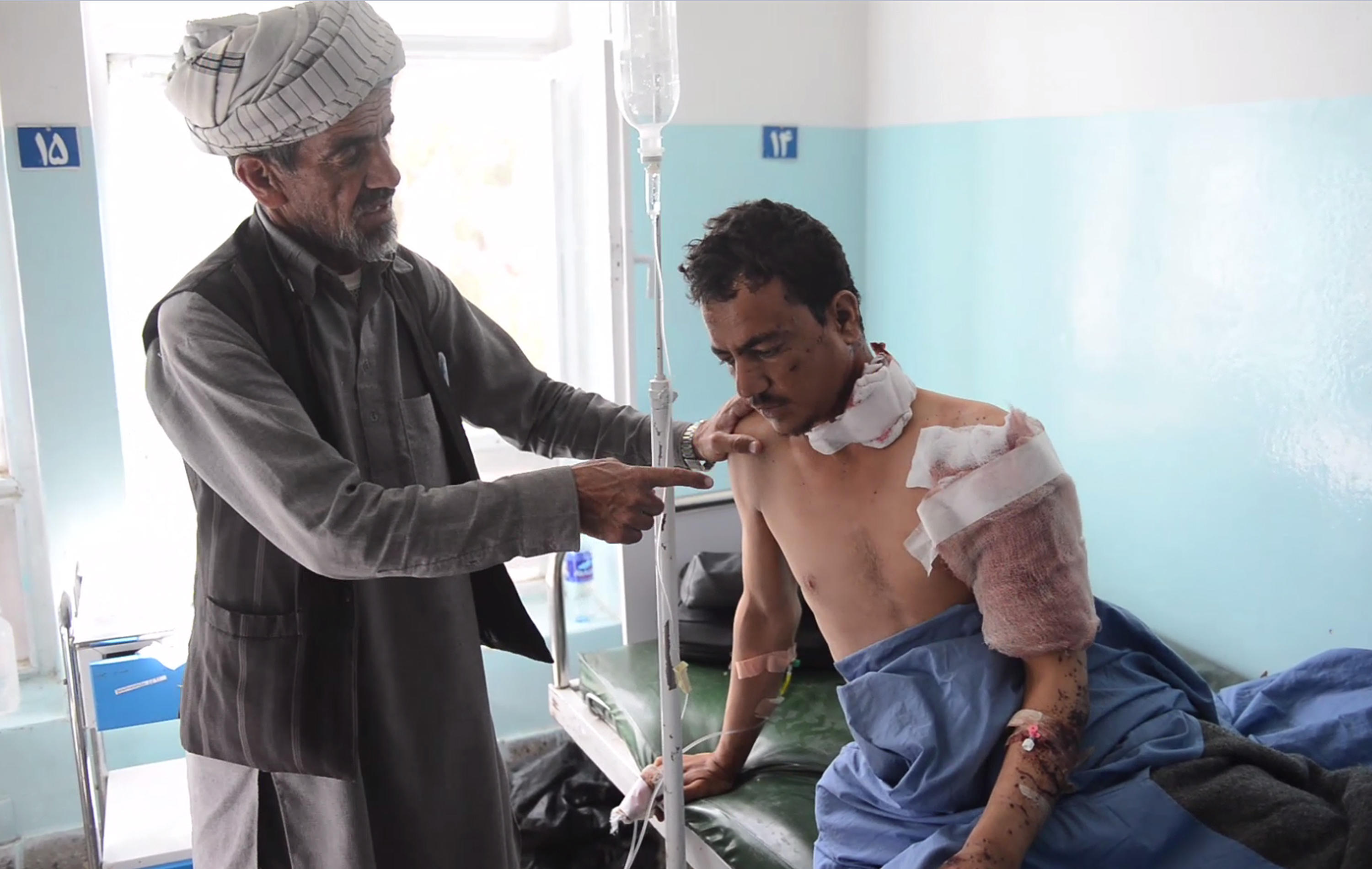 KABUL, Afghanistan -- Afghan forces battled the Taliban in a key provincial capital for the fourth straight day on Monday, following a massive assault on the eastern city last week that overwhelmed its defenses and allowed insurgents to capture several parts of it, officials said. The assault on Ghazni, the capital of Ghazni province, was a major show of force by the Taliban, who infiltrated deep into this strategic city barely 75 miles from the capital, Kabul.

The U.S.-led military coalition in Afghanistan has downplayed the significance of the siege, saying Afghan forces remain firmly in control of the city of Ghazni, but the U.S. has sent military advisers to aid Afghan forces, which have sustained serious losses.

Afghan Minister of Defense Tariq Shah Bahrami said Monday that 100 Afghan security and defense forces had been killed in the four days of fighting in Ghazni, in addition to as many as 30 civilians, reports CBS News' Mukhtar Ahmad.

Bahrami said Chechen and Pakistani fighters were among the Taliban militants operating in Ghazni, and that a total of at least 150 of the insurgents had been killed.

The multi-pronged attack on Ghazni began on Friday, with insurgents infiltrating people's homes and slipping out into the night to attack Afghan forces.

"Ghazni City remains under Afghan government control, and the isolated and disparate Taliban forces remaining in the city do not pose a threat to its collapse as some have claimed," U.S. military spokesman Lt. COL Martin O'Donnell told CBS News in a statement early Monday. "That said, the Taliban's attempts to hide themselves amongst the Afghan populace does pose a threat to the civilian population, who were terrorized and harassed by this ineffective attack and the subsequent execution of innocents, destruction of homes and burning of a market."

Authorities in Kabul also insisted that the city would not fall to the Taliban and that Afghan forces remained in control of key government positions and other institutions there.

Najib Danish, the Interior Ministry's spokesman, said reinforcements have been sent to Ghazni and were trying to clear it of the Taliban on Monday. The U.S. military continued to lend "support to the Afghan-led clearance operation," O'Donnell told CBS News Radio correspondent Cami McCormmick.

"U.S. advisors are assisting the Afghan forces and U.S. airpower has delivered decisive blows to the Taliban, killing more than 140 since, August 10.  In addition to the initial strike and close-air support on Friday, U.S. forces conducted five strikes Saturday, 16 strikes Sunday and two thus far today," he said.

The fall of Ghazni, a city of 270,000 people, would mark a major victory for the Taliban. It would also cut off a major highway linking Kabul to the southern provinces, the Taliban's traditional heartland. O'Donnell said Afghan forces were in control of the highway on Monday and manning checkpoints at key locations along it.

"Tactically, operationally and strategically, the Taliban achieved nothing with this failed attack except another eye-catching, but inconsequential headline," O'Donnell said in his statement to CBS News on Monday. "The fact remains that the Taliban are unable to seize terrain and unable to match the Afghan security forces or our enablement, retreating once directly and decisively engaged."

Over the past months, the insurgents have seized several districts across Afghanistan, staging near-daily attacks on Afghan security forces, but have been unable to capture and hold urban areas.

The United States and NATO formally concluded their combat mission in Afghanistan at the end of 2014, but have since then repeatedly come to the aid of Afghan forces as they struggle to combat the resurgent Taliban.

The United Nations has expressed its concerns for the civilians caught up in the fighting in Ghazni.

Ghazni's residents "have seen their city turn into a battlefield since Friday morning, with fighting and clashes reportedly still ongoing. We have received initial reports of a number of civilian casualties and of people trying to reach safe areas outside of the city," said Rik Peeperkorn, acting U.N. humanitarian coordinator for Afghanistan.

Ghazni's hospitals are running out of medicines and people are unable to safely bring casualties, Peeperkorn's statement added. Electricity, water supply and food are also running low, the statement said.

"Parties to the conflict need to ensure that access to medical services is not denied and respect for medical facilities and staff is upheld," Peeperkom said.