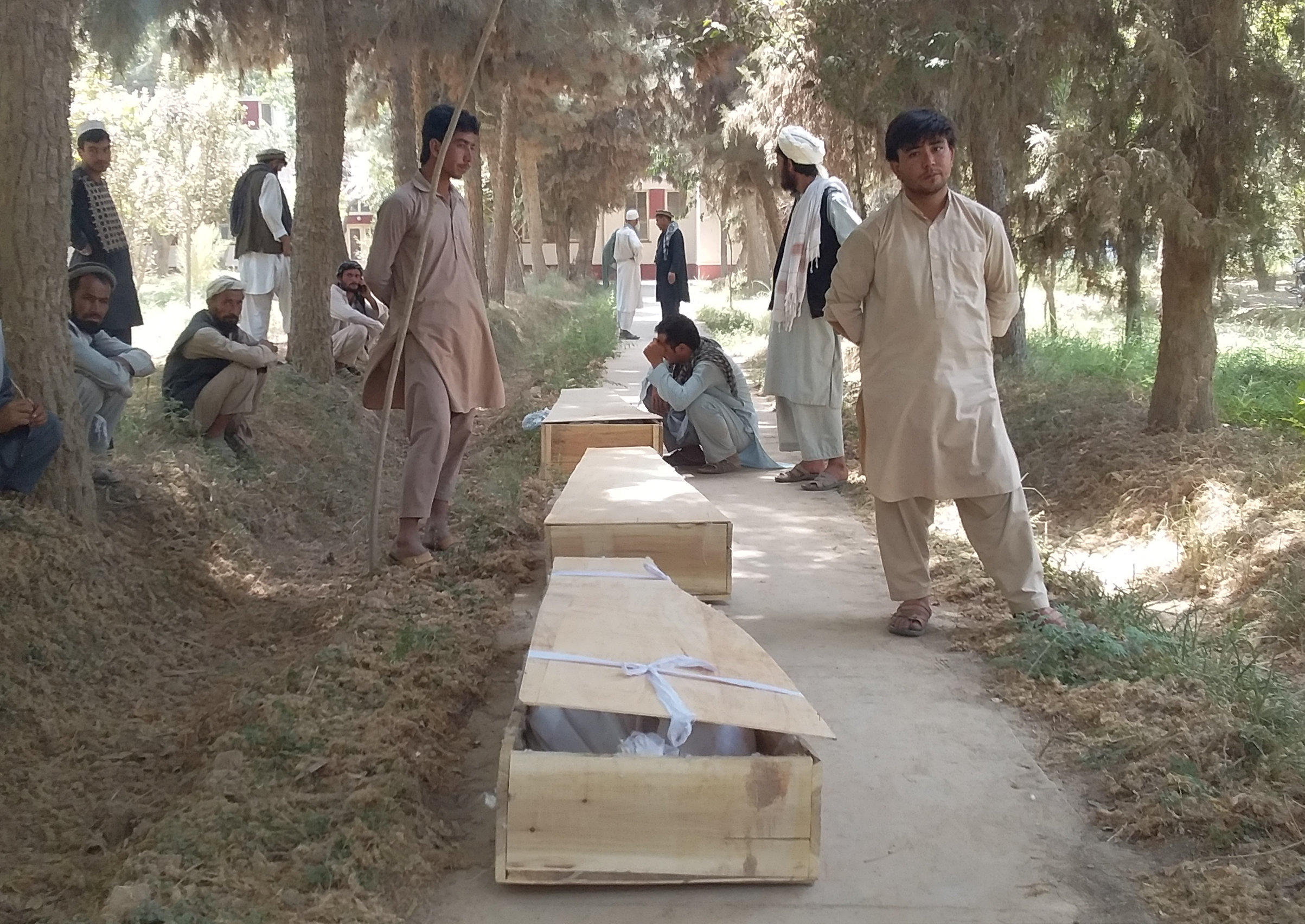 KABUL, Afghanistan -- A Taliban assault on two adjacent checkpoints in northern Afghanistan killed at least 30 soldiers and police, officials said Wednesday, as life gradually returned to normal in parts of the eastern city of Ghazni after a massive insurgent attack last week, with sporadic gunbattles still underway in some neighborhoods. Mohammad Safdar Mohseni, the head of the provincial council in the northern Baghlan province, said the insurgents set fire to the checkpoints after the attack late Tuesday in the Baghlan-I Markazi district.

Dilawar Aymaq, a parliamentarian from Baghlan, confirmed the attack, which targeted a military checkpoint and another manned by the so-called local police, militias recruited and paid by the Interior Ministry.

Abdul Hai Nemati, the governor of Baghlan, said at least nine security forces are still missing and four others were wounded in the attack. He said reinforcements have been dispatched to help recapture the checkpoints.

Meanwhile, Afghans emerged from their homes and some shops reopened in Ghazni, where the Taliban launched a coordinated offensive last Friday, overwhelming the city's defenses and capturing several neighborhoods. Afghan forces repelled the initial assault and in recent days have struggled to flush the insurgents out of residential areas where they are holed up.

The U.S. and NATO have launched airstrikes and sent military advisers to aid Afghan forces as they fight for the city, which is just 75 miles from the capital, Kabul, and has a population of some 270,000 people.

Arif Noori, a spokesman for the provincial governor, said Wednesday that "life is getting back to normal" after at least 35 civilians were killed in recent days. But he said wounded people are still arriving at the city's only hospital, which has been overwhelmed by the casualties.

Hundreds of people have fled the fighting in Ghazni, which has killed about 100 members of the Afghan security forces.

Elsewhere in Afghanistan, the Taliban attacked a police checkpoint in the southern Zabul province early Wednesday, killing four police, according to the provincial police chief, Mustafa Mayar, who said another three officers were wounded. He said seven attackers were killed and five were wounded during the battle, in which the Taliban used artillery and heavy weapons.

The Taliban have seized several districts across the country in recent years and carry out near-daily attacks targeting Afghan security forces.

The U.S. military has downplayed the significance of the Taliban's operations this summer, saying the Islamic extremist insurgents have proven, "unable to seize terrain and unable to match the Afghan security forces or our enablement, retreating once directly and decisively engaged."

U.S. Forces Afghanistan spokesman LT COL Martin O'Donnell told CBS News on Tuesday, hours after Taliban militants overran a remote Afghan military base in the country's north, killing 17 Afghan forces in the process, that the base was found to be completely abandoned later in the day. O'Donnell said that, "speaks yet again to the fact that the Taliban cannot hold terrain."

But the Taliban may be less focused on gaining territory than it is on proving it is still in the game, for leverage. The assault on Ghazni was widely seen as a show of force, ahead of possible peace talks with the United States, which has been at war in Afghanistan for nearly 17 years.

Also on Wednesday, six children were killed when they tinkered with an unexploded rocket shell, causing it to blow up, said Sarhadi Zwak, spokesman for the governor of the eastern Laghman province. Zwak said that the victims were girls, aged 10-12, who were gathering firewood on Wednesday.

Afghanistan is littered with unexploded ordnance left by decades of war. It is also plagued by roadside bombs planted by insurgents, which are usually intended for government officials or security forces, but often kill and maim civilians.