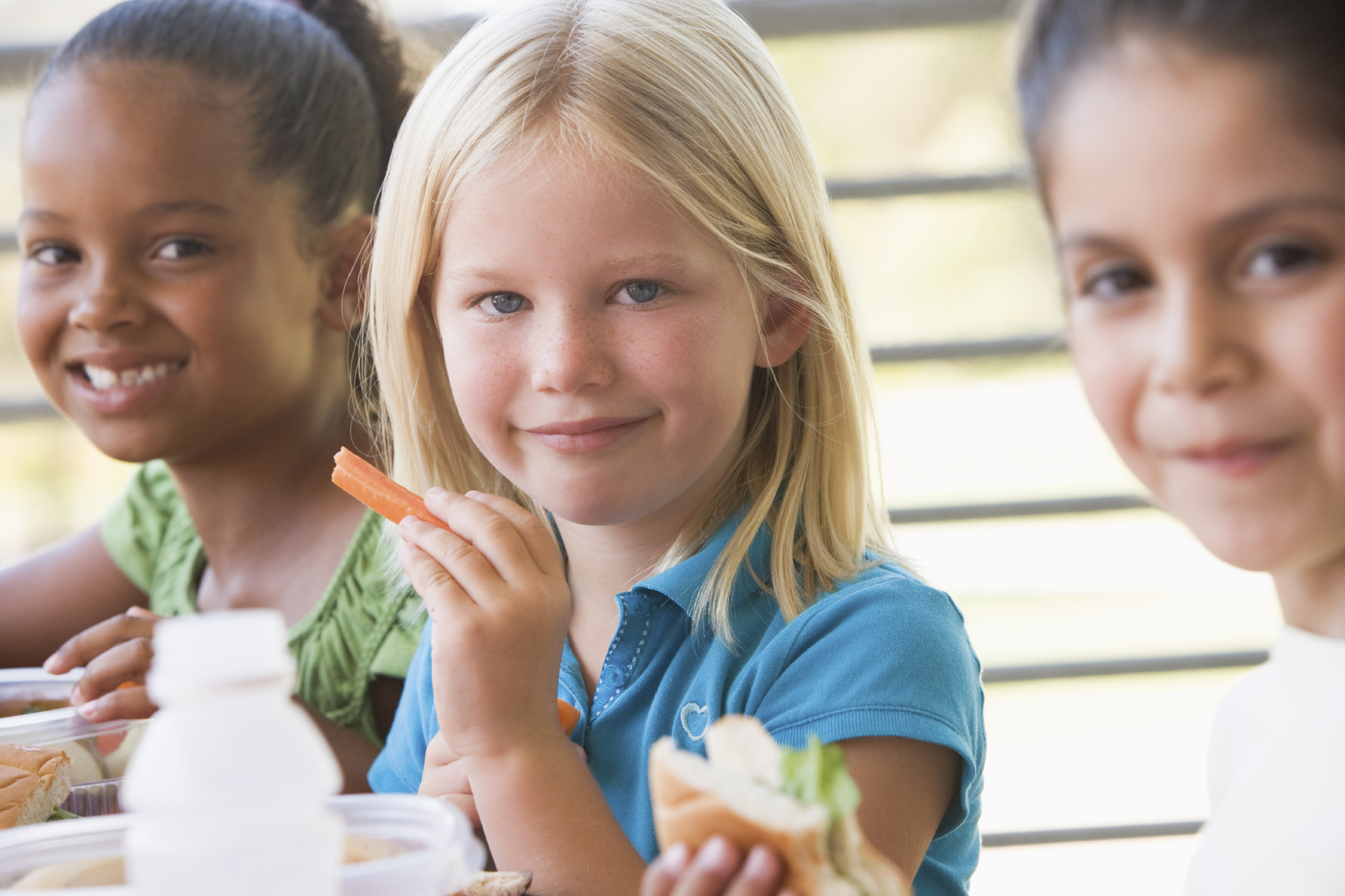 Parents, schools and public health officials have been struggling for years to get kids to eat more fruits and vegetables at lunch. Now a new study may have found a simple way to make a big difference.

Simply by scheduling recess before lunch, instead of after, more kids will eat their fruits and vegetables, say researchers.

This new study, published in Preventive Medicine, shows that this small no-cost change, holding recess before lunchtime, can increase fruit and vegetable consumption by 54 percent.

"Recess is often held after lunch so children hurry to 'finish' so that they can go play -- this results in wasted fruits and vegetables," explains co-author David Just, PhD, of Cornell University in a press release, "However, we found that if recess is held before lunch, students come to lunch with healthy appetites and less urgency and are more likely to finish their fruits and vegetables."

This study offers a clever new tactic for fighting the childhood obesity crisis in America. According to the CDC, childhood obesity rates have more than doubled in children and quadrupled in adolescents in the past 30 years.

Schools can play a critical role in helping students learn about and practice healthy eating and exercise habits. But federal efforts to make school lunches more healthful prompted a backlash from kids who didn't like the food and school districts that resisted the cost.

The latest study involved kids in grades 1 through 6 in a school district in Orem, Utah. Seven schools within the district participated in the study. Three of them switched recess to before lunch and four schools continued to hold recess after lunch. Researchers kept track of the fruits and vegetables each student ate at lunch, and measured fruit and vegetable waste by standing next to trashcans in the lunchrooms and recording the number of servings kids threw away.

After analyzing a total of 22,939 observations, the researchers concluded that when schools switched recess to before lunch, children ate 54 percent more fruits and vegetables. There was also a 45 percent increase in the number of kids eating at least one serving of fruits and vegetables.

Conversely, in the schools that didn't switch, during the same time period consumption of fruits and vegetables actually decreased.

Another strategy to get kids to eat their veggies is to involve them in the growing and preparation of their meals. Recent research finds that cooking programs and classes for children seem to positively influence their food preferences and behaviors. Rebecca Gildiner, the director of the education program for Red Rabbit, an organization that provides healthy school meals for kids in New York City, told CBS News, "It's empowering for kids to be part of meal preparation by growing their own food or by chopping vegetables and learning to cook."

Maybe a new trend in recess will involve more gardening programs. Gildiner says that when kids grow the fruits and vegetables either in classrooms or school gardens, they are more inspired to eat the fruits of their labor.