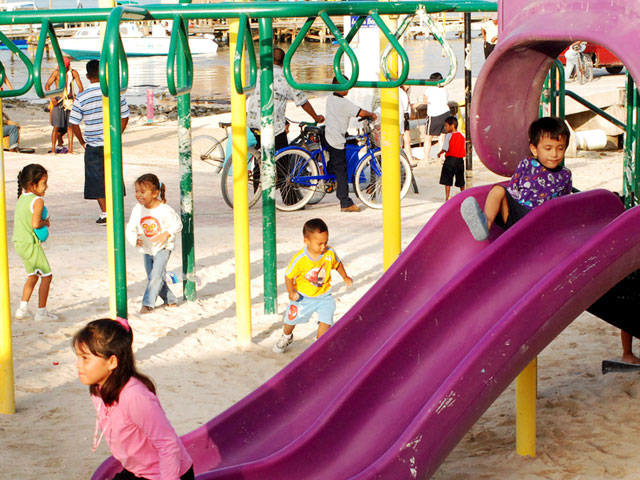 Recess is an essential part of a child's school day that should never be taken away as punishment if a kid misbehaves or has poor academic performance, the American Academy of Pediatrics said Monday.

The academy released its first ever position policy on recess in school, which it calls a necessary break from the physical and mental demands of a typical day at school. The statement, which was published online Dec. 31 in Pediatrics, adds that recess should be a period of free, unstructured play.

Children may gain cognitive, physical, emotional and social benefits from the daily activity as well, according to the statement.

"Kids do much better when they get breaks in the day," he said.

For physical benefits, Murray concedes that recess alone won't solve the obesity problem, but research suggests 60 minutes of physical activity a day can cumulatively play a valuable role in the prevention and treatment of childhood obesity.

More than one-third of U.S. children were considered overweight or obese, according to government estimates. But that doesn't mean recess should consist of organized calisthenics and exercise to make America's youth more active, the authors said.

"Importantly, recess should be used as a complement to physical education classes, not a substitute," policy statement co-author Dr. Catherine Ramstetter, a health educator at The Christ College of Nursing and Health Sciences in Cincinnati, told CBSNews.com in an email.

That's because unstructured play is so important to a child's development, said the policy's authors. Murray said when he and Ramstetter first started the study, they thought structured recess was more ideal because it provided an organized way to boost physical activity.

However, their research found evidence that unstructured recess provides psychosocial benefits where kids get to be creative and explore different things, which for some kids can also include physical activity. But even young girls chatting and braiding their hair can provide that necessary type of decompression children need to gain benefits, even without the presence of physical activity, said Murray.

"With kids so highly structured today, they don't have many opportunities to explore creative play," he said.

The authors state that taking away recess as punishment could have negative consequences and further stunt children's academic achievement.

"Schools ought to examine other discipline methods, and look for ways to provide safe and properly supervised recess for all children," said Ramstetter.

Recess, however, also carries another risk for children that pediatricians pay close attention to: bullying. Both Ramstetter and Murray said it's critical that children are supervised by well-trained staff during recess even if there aren't structured activities.

More than 55 million U.S. students attend school each year. Reuters reported that a 2011 study in the Archives of Pediatric & Adolescent Medicine that found up to one-third of  the1,800 elementary schools surveyed did not offer recess to their third grade classes.

Recognizing the need for schools -- on ever-more-stretched budgets and time constraints -- to foster academic achievement amid new calls to support physical activity/obesity prevention, our study suggests that recess promotes a healthy learning environment and can help schools in meeting both demands," concluded Ramstetter.