DENVER (CBS4) - Get ready for another hot day around Colorado with widespread 80s and 90s once again by the afternoon. We'll see some more low 100s on the eastern plains and in western valleys. If you want 60s and 70s you'll need to get to an elevation above 9,500 feet. 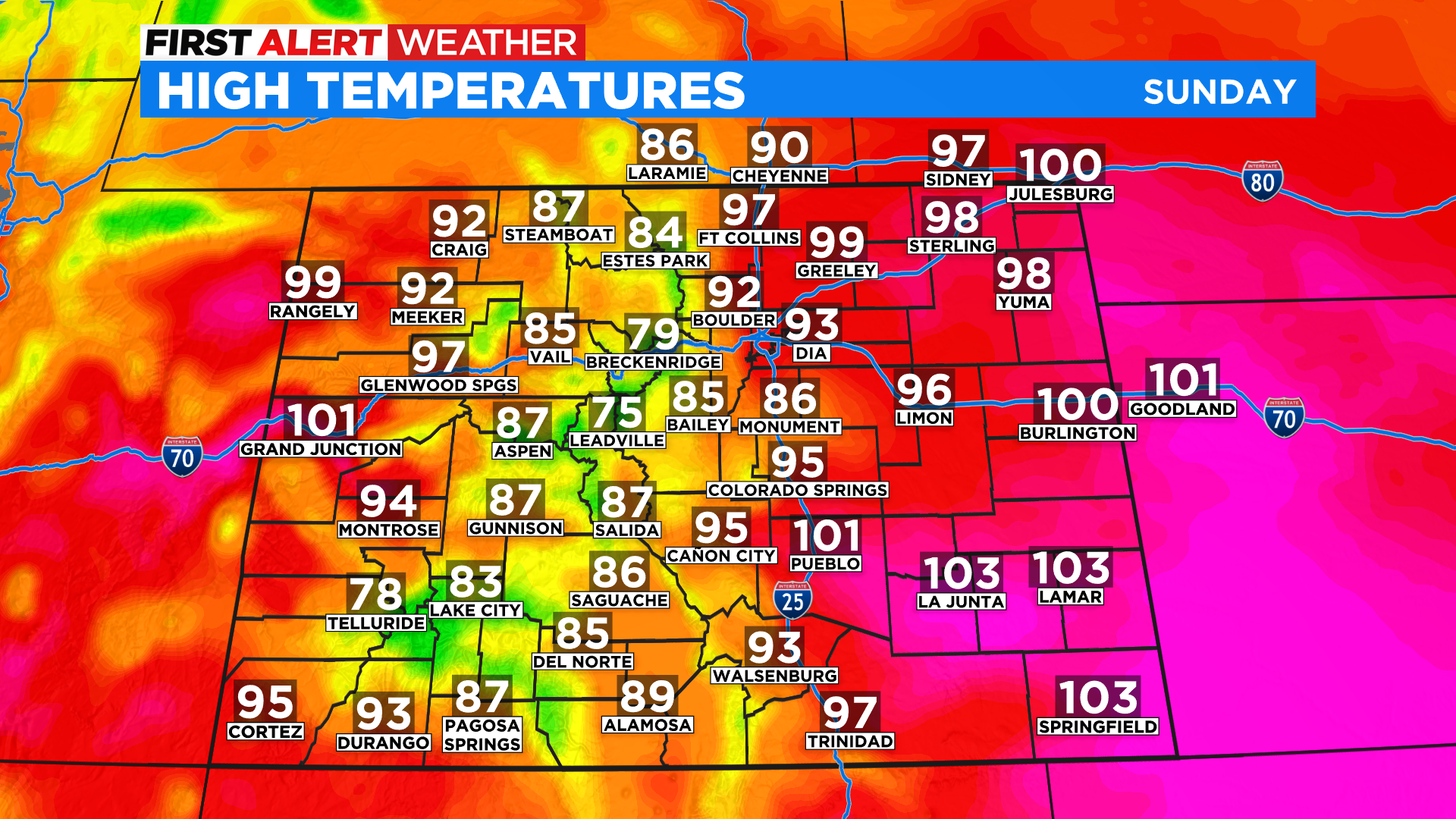 The high in Denver tied the record of 100 degrees on Saturday. Today's record high is 97 degrees. We could get there if the clouds don't hold us back. But right now I have the high set a few degrees cooler because of some moisture flowing into Colorado from the south. You can see that on the map below. 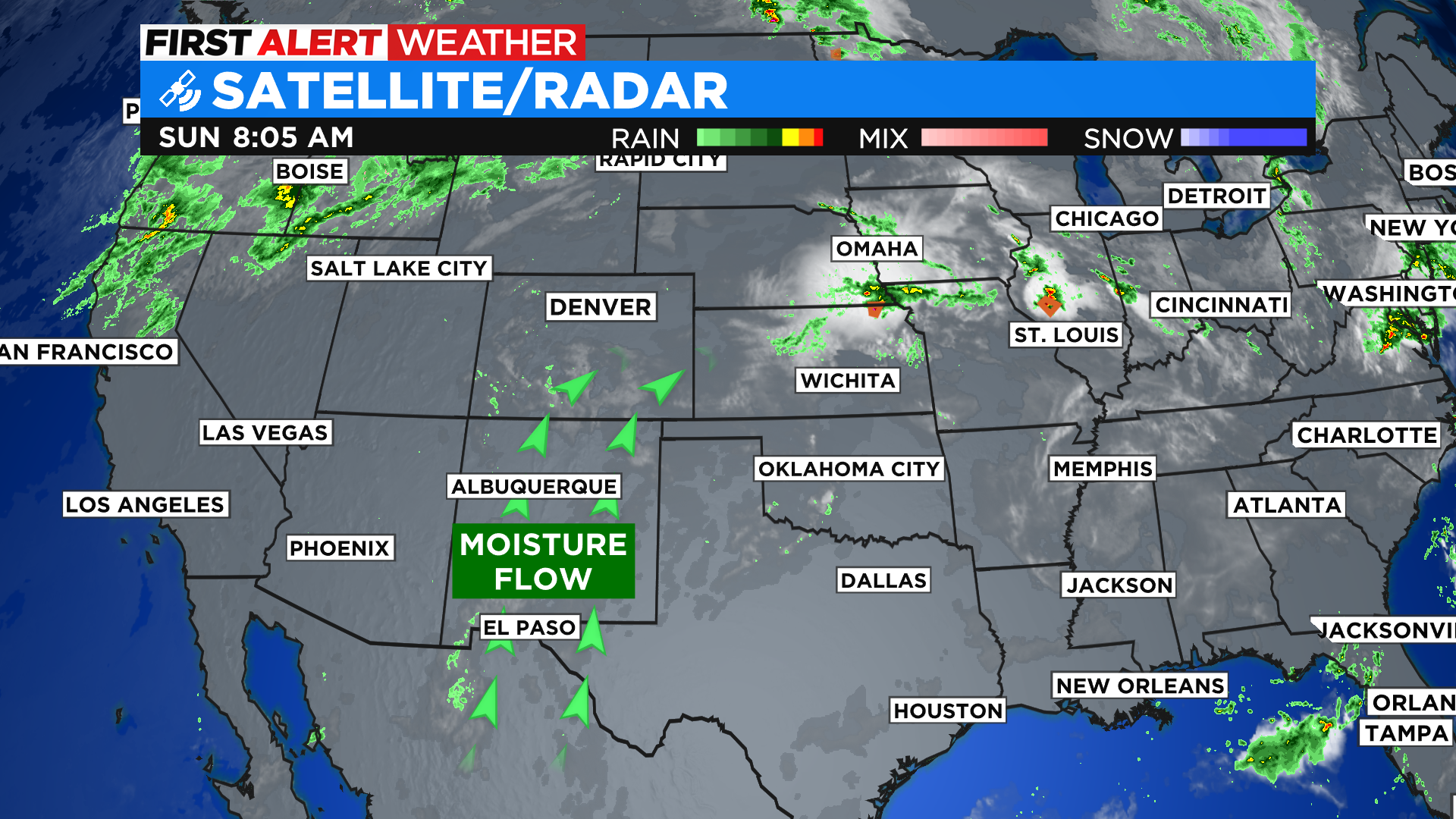 On Saturday we didn't see clouds develop in Denver and on the plains until very late in the day, which allowed temperatures to soar. Today we may see clouds develop much earlier, especially in and near the foothills and across the Denver metro area. If that happens it will hold temperatures down a little bit and prevent us from hitting the record. It's a bit of a wild card in the forecast so we'll have to wait and see how it plays out.

With the increased moisture there is a better chance to see some scattered showers and storms pop up after 1 pm. As they push east onto the plains, they will encounter a more moist air mass near the Kansas and Nebraska state lines, and that could fuel a few severe storms. 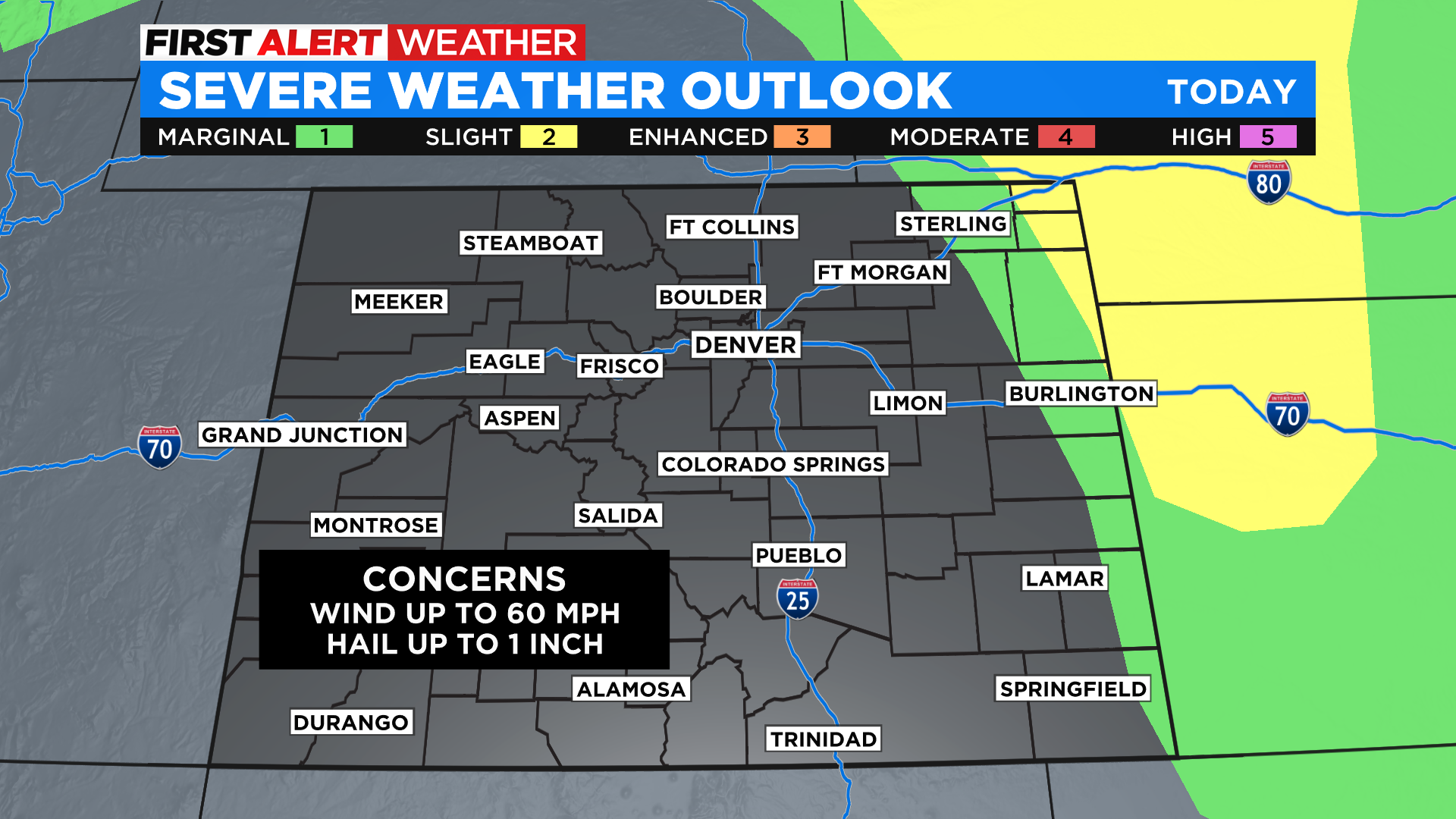 It will be hot again on Monday with near record highs for many areas, including Denver. Then sometime between Monday night and Tuesday morning a cold front will move across the area. It will drop temperatures down closer to normal for this time of year on both Tuesday and Wednesday. We warm right back into the 90s by the end of the week before another cold front potentially arrives on Sunday. 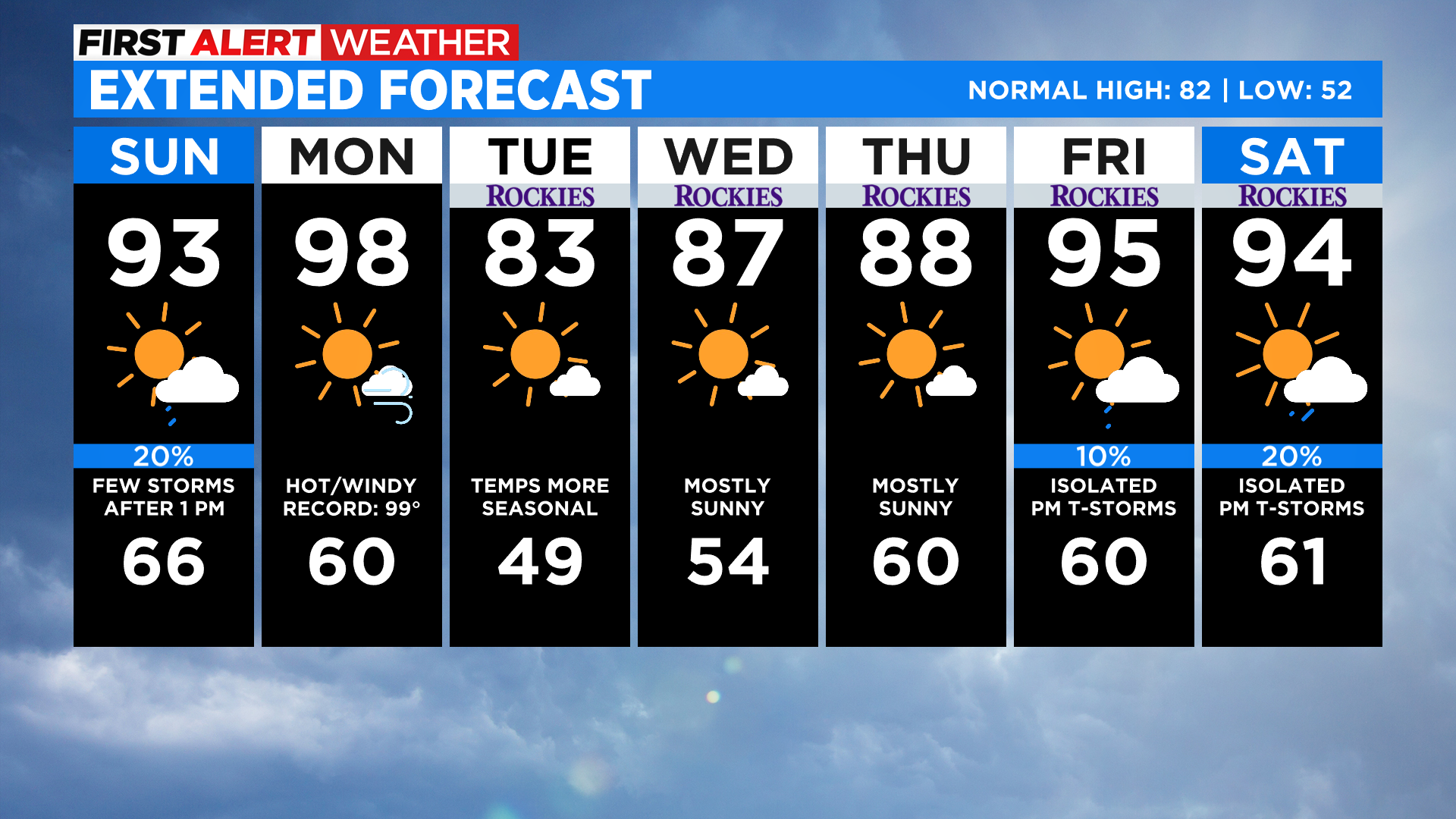