The following article is part of a series looking back at some of the biggest stories from the year in Colorado. This article focuses on politics.

DENVER (CBS4) - Campaign 2016 was unlike any other seen in American history. A businessman took on a Washington insider, both disliked by much of the electorate at large.

As a swing state, Colorado again made an impact in the presidential race.

And independent voters could not cast any vote in either place. Organizers turned anger into action, petitioning to get two measures on the ballot to return to presidential primaries and to allow independents to vote in all primaries on the November ballot. Both passed.

With Donald Trump the clear by-the-numbers presidential nominee at the Republican National Convention, Colorado Republican delegates found themselves the national symbol of the anti-Trump movement.

The state's delegation left the convention after losing the fight for a state-by-state roll call to change the convention rules. They were booed the next evening.

He visited the state more than a dozen times in the final three months of the election and sent his children on several campaign events. The Clinton campaign visited less frequently but had a huge get-out-the-vote operation. 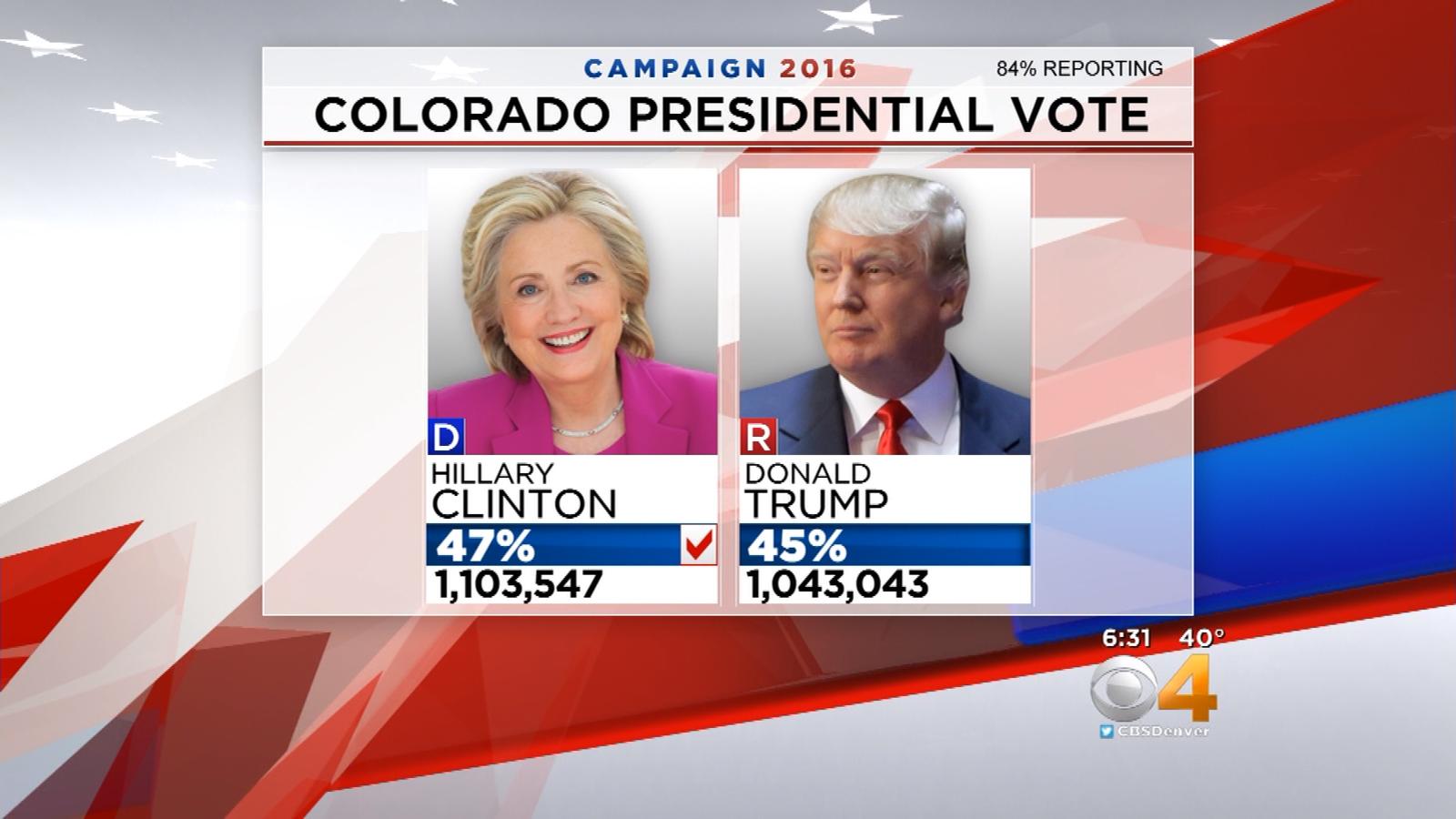 Democrat Clinton won the Colorado vote 47 percent to 45 percent, likely because of suburban women and Latinos.

Donald Trump's win surprised many and sparked demonstrations around the nation. That included here in Colorado. In Denver, protesters marched through downtown, even getting on I-25, forcing police to stop traffic.

Raetta Holdman is a veteran newscast producer. She's been with CBS4 for more than 25 years, coordinating events -- large and small -- from the control room. Contact her by clicking here.