BOSTON (CBS) -- Hurricane Matthew officially made landfall in the U.S. just southeast of McClellan, South Carolina late this morning. It is a minimal hurricane and will remain near hurricane strength or weaken slightly to a tropical storm over the next 24 hours. 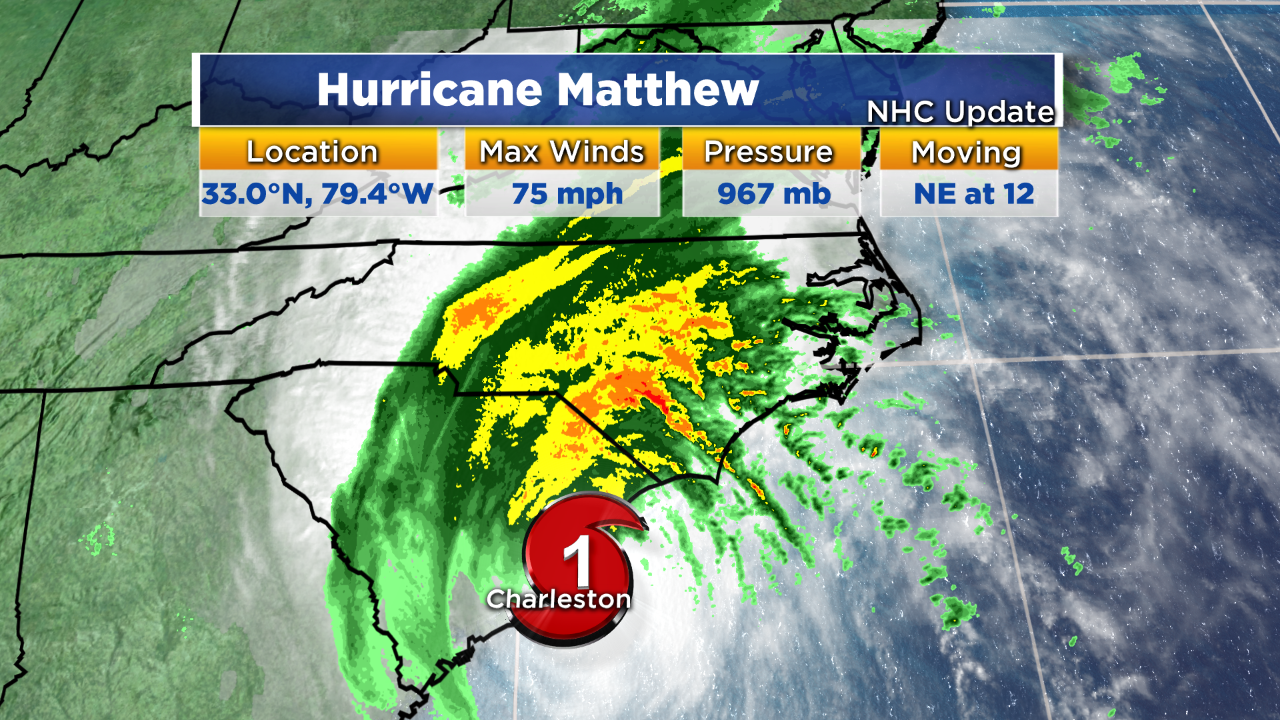 It will continue to produce torrential rain at times from the Carolinas into southeastern VA. This will result in a serious inland flooding event. Some places have received 10-15" of rain over Eastern Georgia and Eastern South Carolina. There is a risk of a few brief spin-up tornadoes. It is projected that Matthew will become absorbed by an approaching cod frontal boundary turning it into a post-tropical or extratropical entity with top winds reduced to 45 mph by Monday. 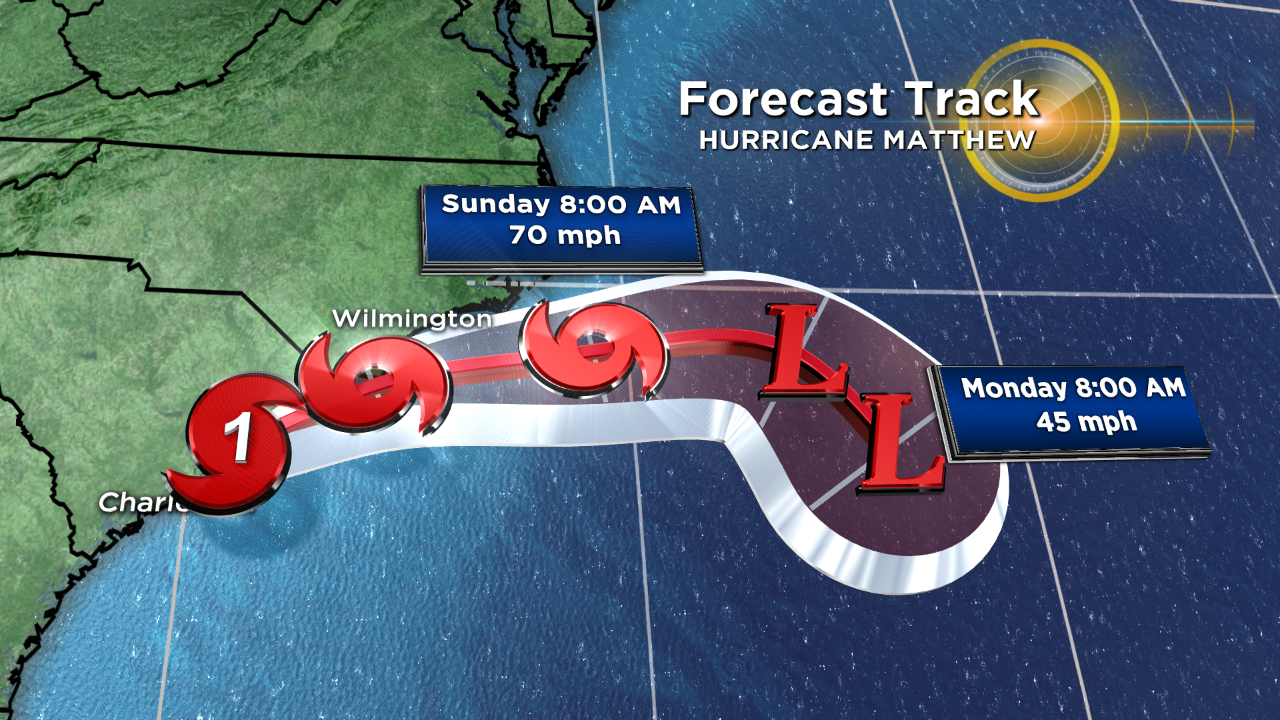 Check out the trivia from WBZ News This Morning.

The strongest, most destructive sector of a hurricane is the...

It is actually more correct to say the forward right quadrant because it is dependent upon which way the storm is moving. In the case of Matthew below, the hurricane was moving mainly toward the north paralleling the East Coast of Florida. The strongest wind and greatest storm surge will happen in the forward right quadrant and that was located to the right of the path of the storm center or , in this case, offshore over the Atlantic. Consequently, while Matthew was damaging along the East Coast of Florida, thankfully, it was not catastrophic. 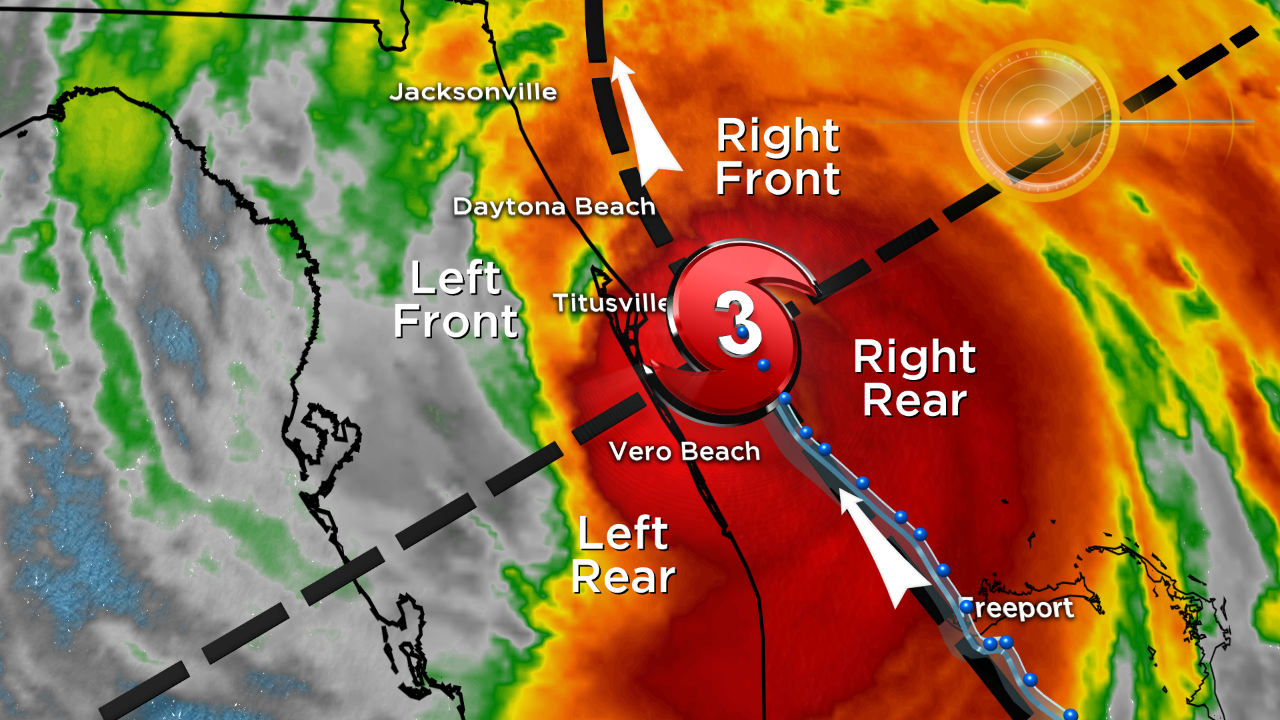 The eyewall containing the strongest wind wobbled along the coast but the corridor of peak wind was offshore in the right front quadrant.  The hurricane did not make a landfall like the vicious entry of Hurricane Andrew in southern FL in 1992 or Hurricane Hugo near Charleston, SC in 1989.

Hurricanes are classified by the...

Dr. William Gray was a professor of Atmospheric Science at Colorado State University. He was a pioneer in hurricane research and science of tropical cyclone forecasting. He was one of the world's leading experts in tropical storms. In the late 1960s and early 1970s, Robert Simpson and Herbert Saffir  developed the hurricane classification scale which has been modified in recent years. The Fujita Scale is a scale for rating tornado intensity based primarily on the damage tornadoes inflict on human-built structures and vegetation. That scale was also modified in recent years. 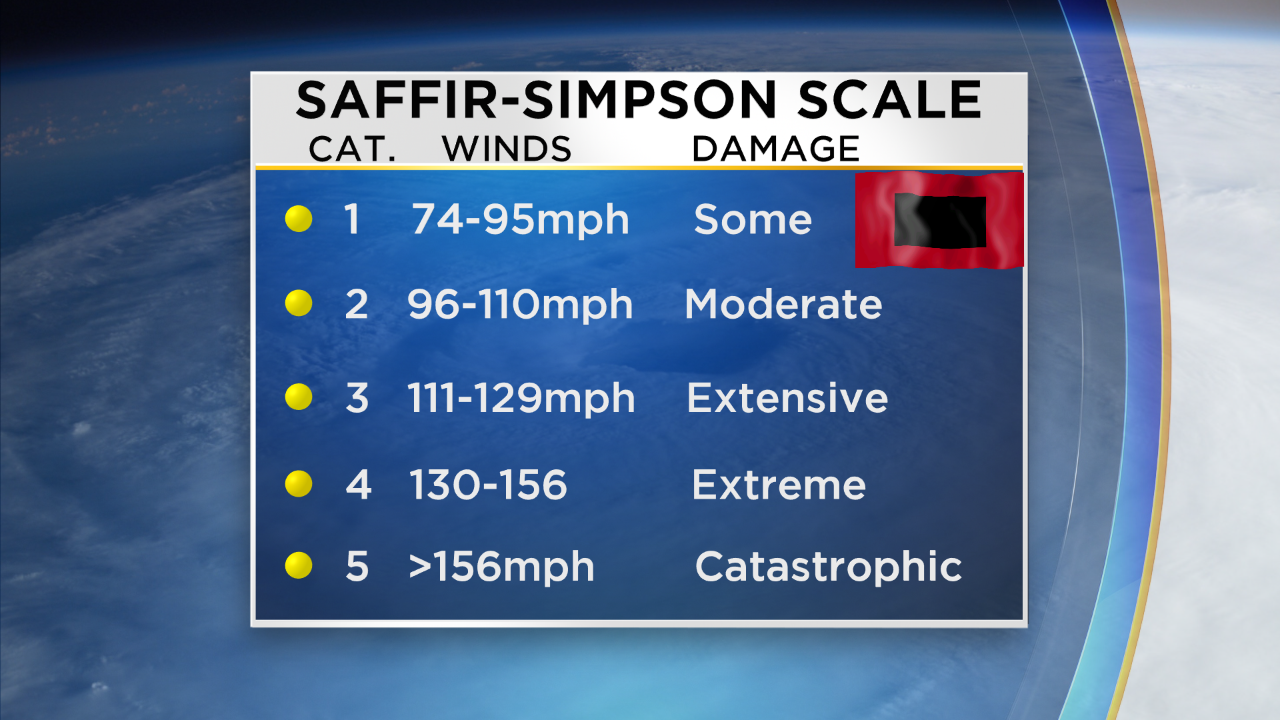 It looks like an approaching cold frontal boundary and upper level disturbance will dig in and capture a little of the moisture from Matthew. 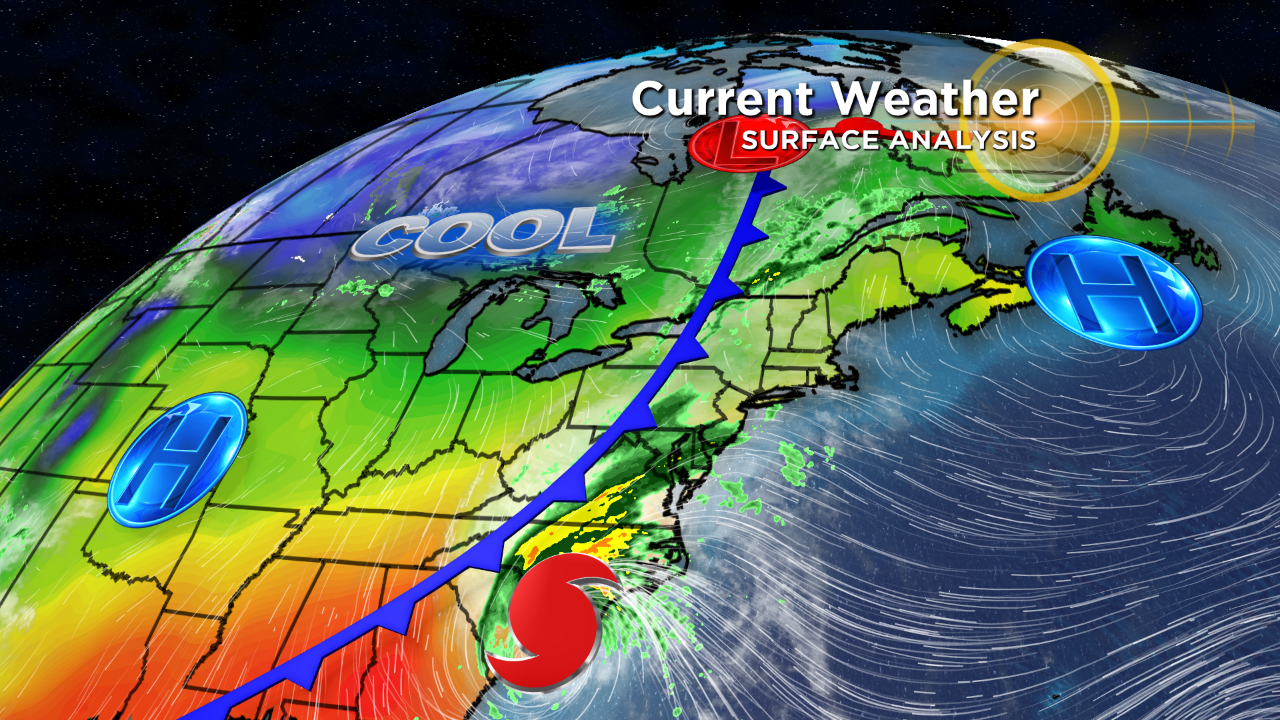 This will only result in just a few spotty showers north and west of Boston tomorrow morning with a steadier and possible somewhat heavier rain streaming over southeastern MA tomorrow afternoon & evening. 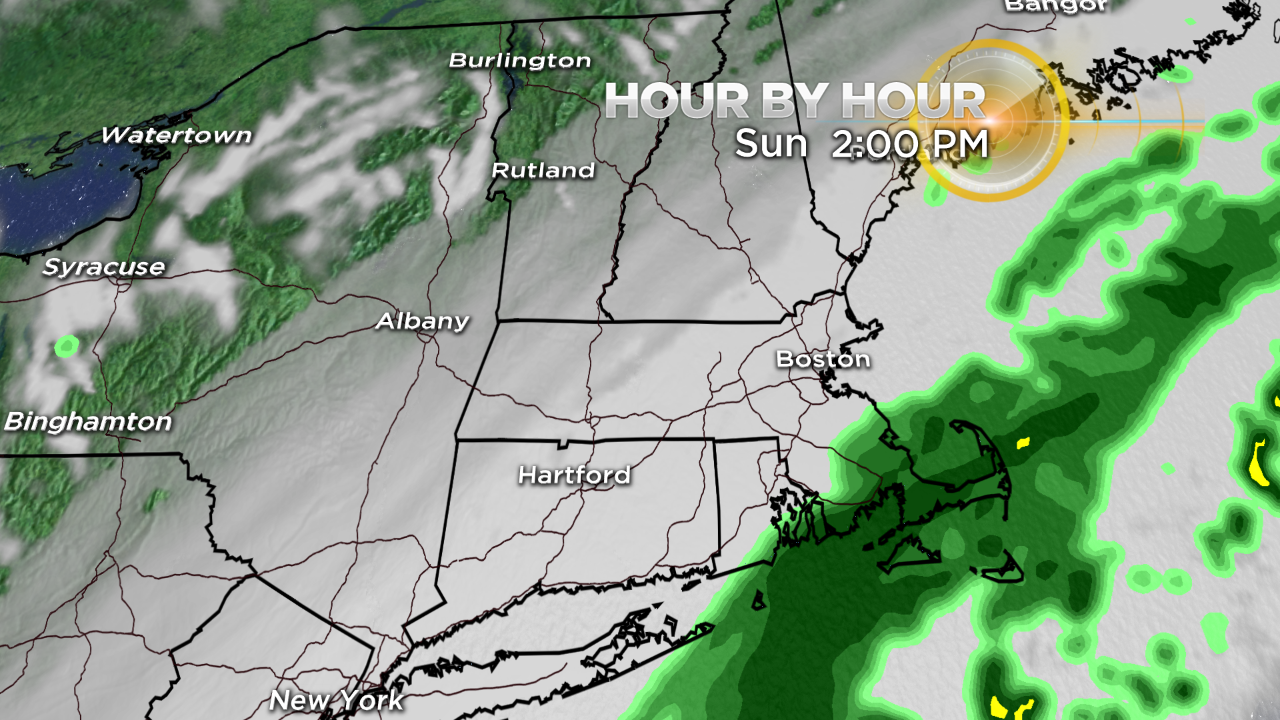 Matthew's path off the Carolinas ensures that the wind here will be light tomorrow but increase up to 15-30 mph from the north on Monday as sunny, cool, dry air rushes into the Northeast.