The fire began on Hazel Dell Road and Hidden Canyon northwest of Watsonville, according to officials. As of noon Saturday, evacuation orders had been reduced to evacuation warnings in the Pajaro area: PAJ-E001, PAJ-E002, PAJ-E003, and PAJ-E007. The evacuation warning was lifted in Zone CRZ-E046, Cal Fire said.

Crews are "making good progress" in containing the fire, according to Cal Fire. The agency is asking the public to avoid the fire area and the roads leading to the fire area to allow for residents to travel home and for firefighters to continue to work on the fire.

A Cal Fire prescribed burn in the area Friday afternoon jumped its containment lines near Corralitos Friday. In response, firefighting crews from Cal Fire and Santa Cruz County local fire departments attacked the blaze and surrounded the it with retardant Friday night.

A 20-acre prescribed burn at Estrada Ranch was scheduled for 8 a.m. until 4 p.m. Friday. It was intended to reduce dry fuel and prevent a wildland fire. Cal Fire warned residents on social media to expect to see smoke from the controlled burn.

It's not yet known what happened to cause the flames to jump the line around 2:40 p.m.

Noe Torres, a Watsonville resident, said that, when he saw wildlife trying to escape the fire, he knew he had to prepare for the worst.

"I saw a bunch of wild turkeys coming down, that was scary," Torres said.

Torres said he then turned on his sprinklers to protect his property. 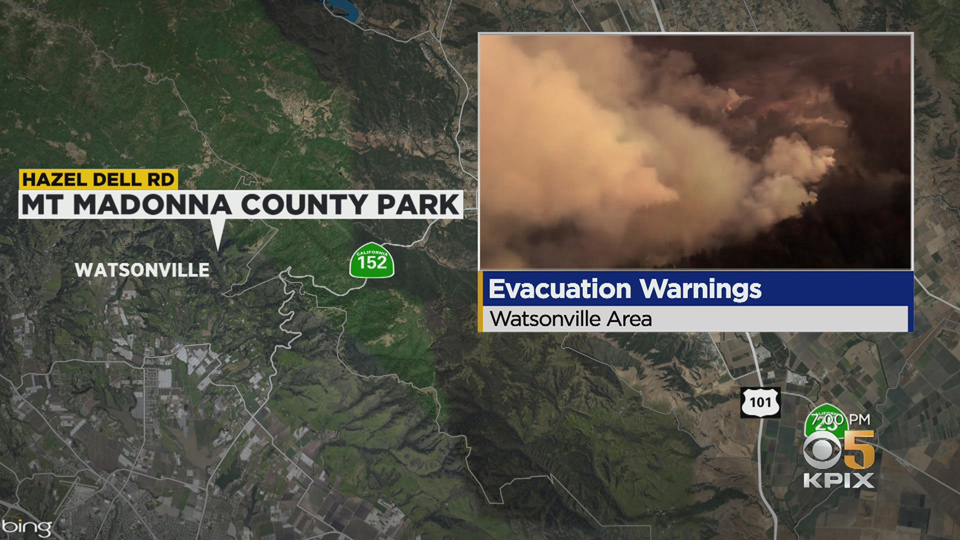 "Absolutely," she said. "Grab some personal things that can't be replaced, pictures and whatnot, have my car ready if we need to go."

When asked if she would be able to sleep tonight, she responded, "Very lightly."

At least 30 engines responded to the blaze Friday afternoon as it flashed across hilly terrain covered in oak and grass.