I don't know if time machines exist in real life but I can assure you of one thing – I was not in 2013 on the evening of Friday April 12th. As a guest at Vintage Pittsburgh: A Retro Weekend at the Heinz History Center, I was transplanted back nearly half a century to the days of stark mismatched patterns, crazy polka dots, flower power, fringe and the Jackie O-inspired pillbox hat. On the first floor of the Heinz History Center on Smallman Street in the Strip District, guests had the opportunity to view 1968: The Year That Rocked America – an exhibit dedicated entirely to that pivotal year in our nation's history: civil rights activist Martin Luther King is assassinated in Memphis, Andy Warhol is shot in his New York apartment, Bobby Kennedy dies at the hands of 24-year-old Sirhan Sirhan, the Vietcong launch the Tet Offensive and feminists picket the Miss America pageant in Atlantic City.

History is strewn throughout, shedding light on the year that brought protest, war, scandal and uprising to the forefront of American life. Longhaired young men of the 1960s rejected older generations' authority and standards of masculinity, wearing brightly colored suits and collarless jackets with wide, striped ties.

Accessories and clothing that their parents associated with "femininity" further blurred the distinction between the sexes. Many young people used their appearance to underscore their opposition to the Vietnam War. 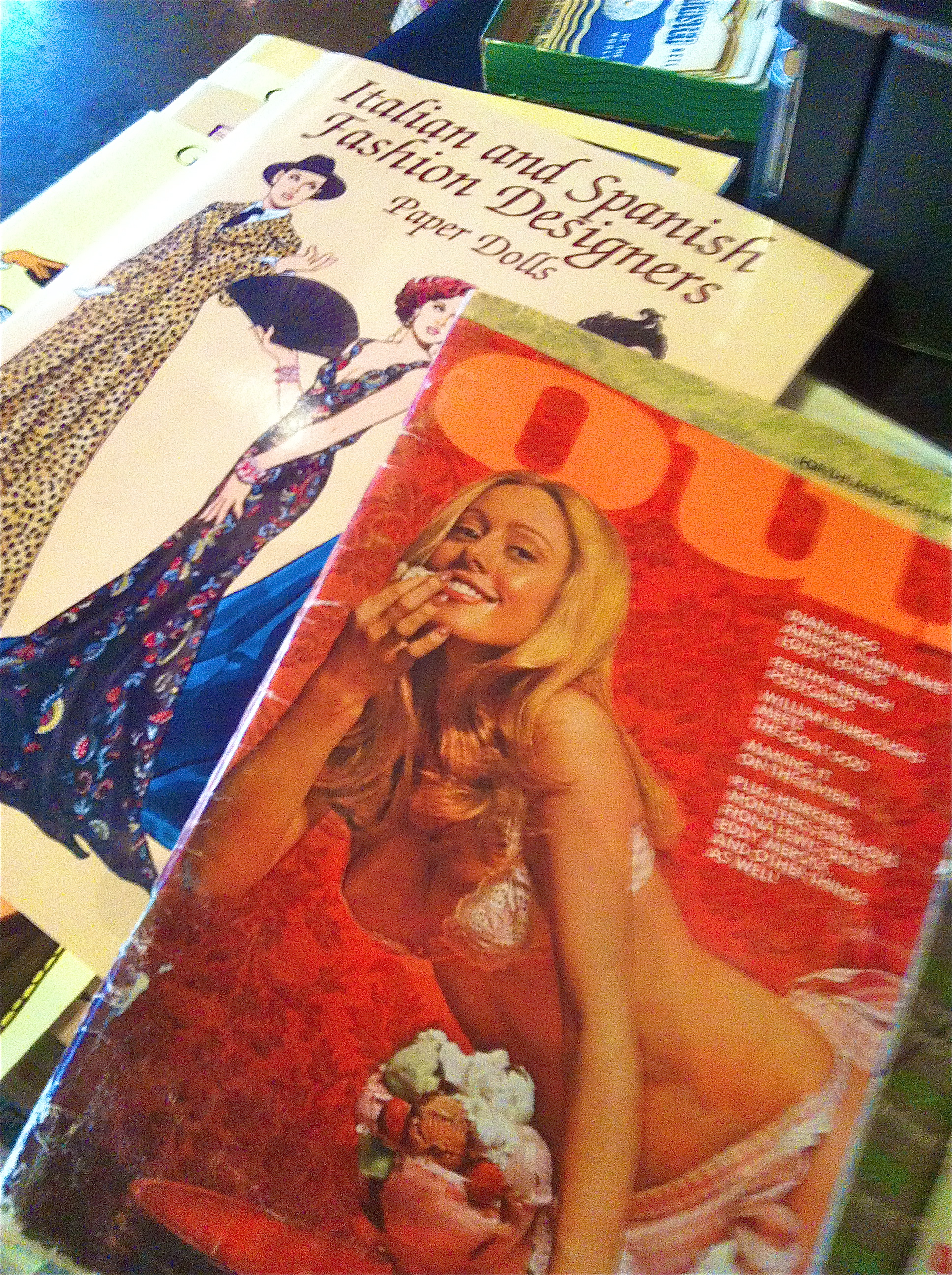 The hippie style of the late 60s was directly influenced by the war, as men and women wore frayed bell-bottomed jeans, tie-dyed shirts, work shirts, and headbands and sandals. At times, women would even go barefoot. 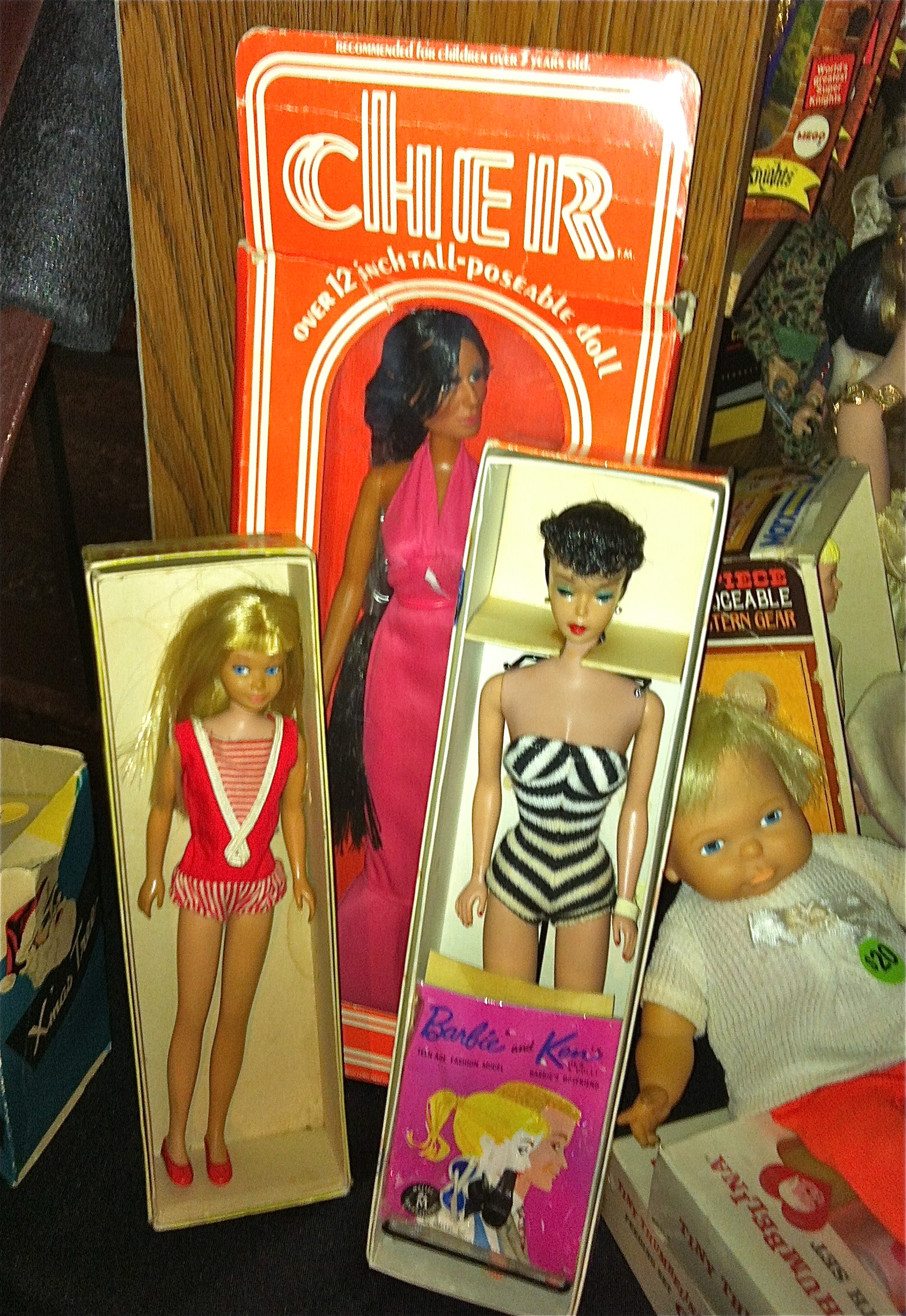 As I perused through the endless tables of mustard yellow lamps, mint green kitchen canisters, and bulky burnt orange and bland brown dinner plates, I noticed a common theme: items from the vintage eras were extremely well-made, built to last with a sense of hefty craftsmanship about them. Each piece of chunky jewelry and vibrant outfit had its own unique look and build, regardless of how many a manufacturer produced. 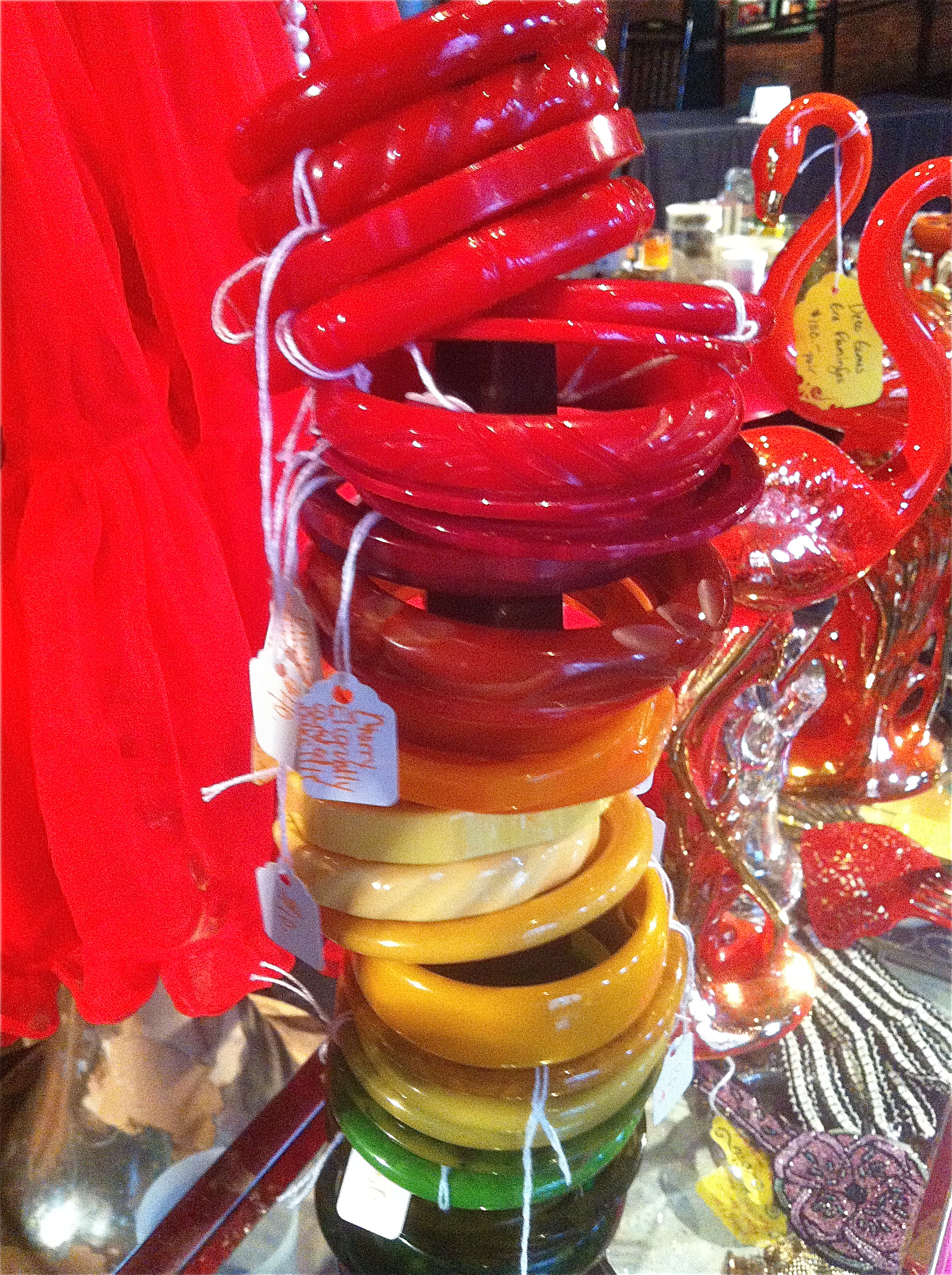 Back then, people cared about how they looked and were dressed to the nines, as they say, even at home around family. In those years, human hands built much of the goods society consumed – the art of human handwork is all but lost on many of us today.

As the vendors unpacked decade after decade from their troves of treasure trunks, I stopped to talk with Kristy Weiss of Vintage by Kristy whose bright, canary yellow outfit instantly caught my eye. Weiss told me that it's not just the 60's that she finds fascinating but vintage in general is a true passion for her.

"[Vintage] is so unique because you're the only one with a certain outfit, hat or look," said Weiss. "My Mom in Texas sent me this vintage skunk hat", as she gestured to a black and white striped "hat", continuing on to ask who else would ever have such an exclusive look. By my take, probably not too many…

Weiss said she takes particular interest in the 20s through the 80s and has been selling vintage pieces at her store since October of last fall. She said her customers are all ages and she especially likes when younger generations stop by to do their part in bringing back the retro classics.

"Shows like Mad Men really help too, to bring these styles back in vogue," said Weiss, who credits her passion for vintage to her mother whom she remembers frequenting flea markets with as a child. 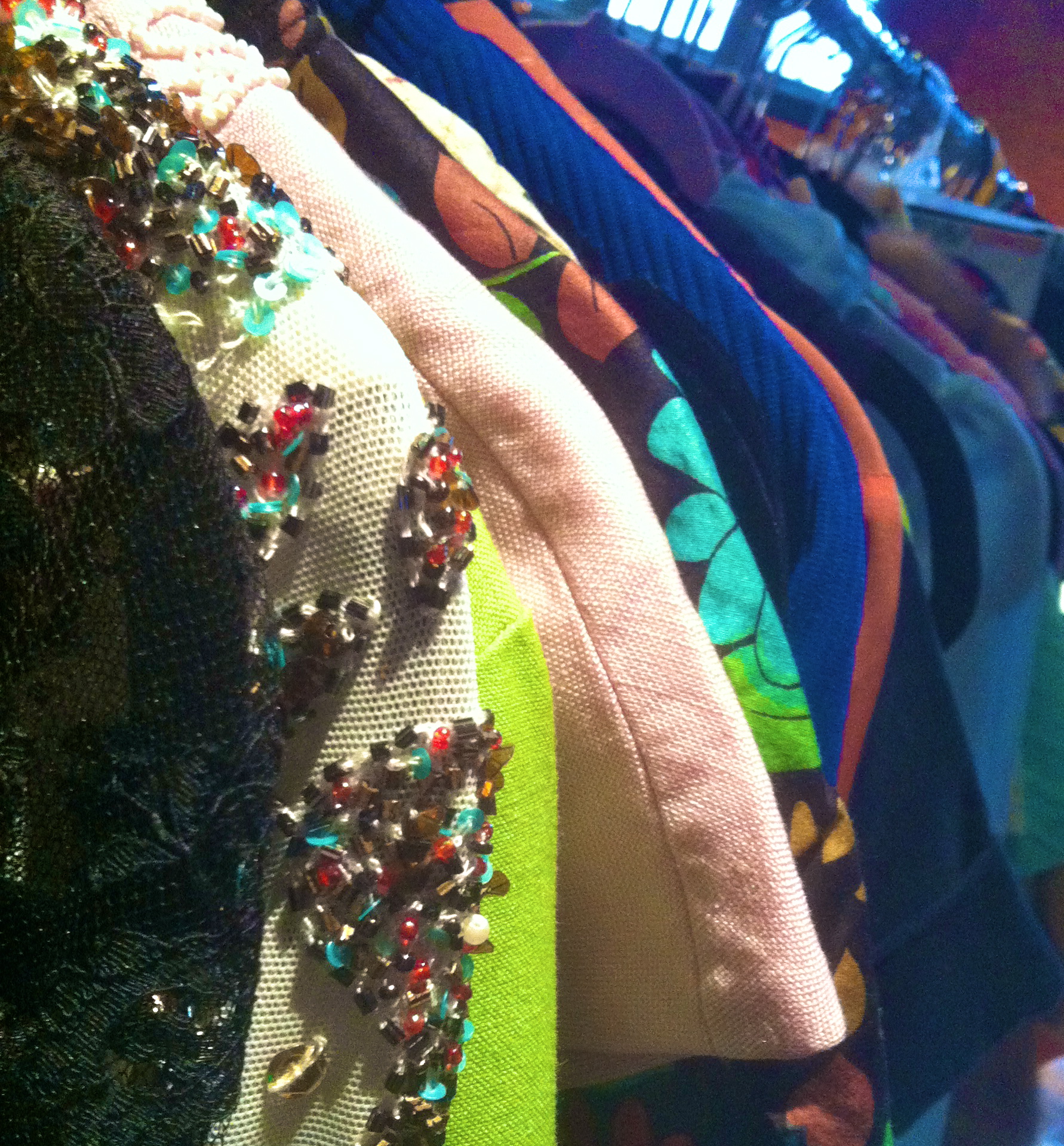 From vinyl records and awkward FM radios to Cher Barbie dolls and tattered cooking books, I couldn't believe that this much stuff had endured the test of time. I can hardly find a receipt two hours after buying a shirt and these vendors have somehow managed to keep hundreds of items in pristine condition for 50 plus years; it was truly a spectacle.

After pulling myself away from the vendors before my credit card did any damage (there was a blazer from 1967 that I would have probably committed a crime for), I headed up to the fifth floor to mingle with other vintage enthusiasts during the cocktail hour before the 7 o'clock fashion show.

A huge cross-shaped runway surrounded by hundreds of chairs sat in the center of the room, waiting for the models to come strut their vintage threads. 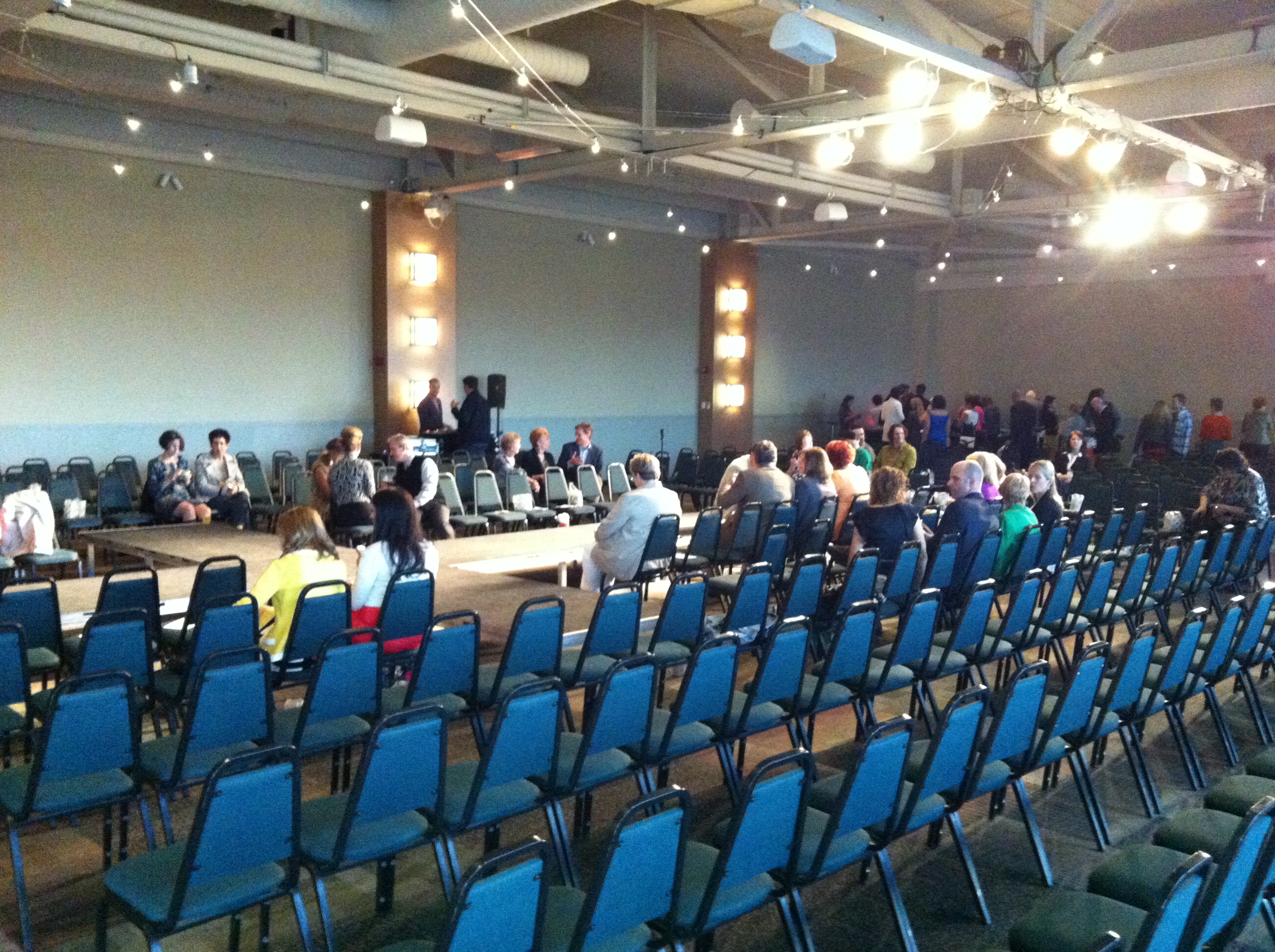 Kate Benz of the Pittsburgh Tribune-Review emceed the event, announcing each model and the collections they were wearing. Styles and outfits took to the runway from ModCloth, Highway Robbery Vintage, Haute Vibe, TranquiliT Vintage-Reclaimed and Hey Betty, among others. 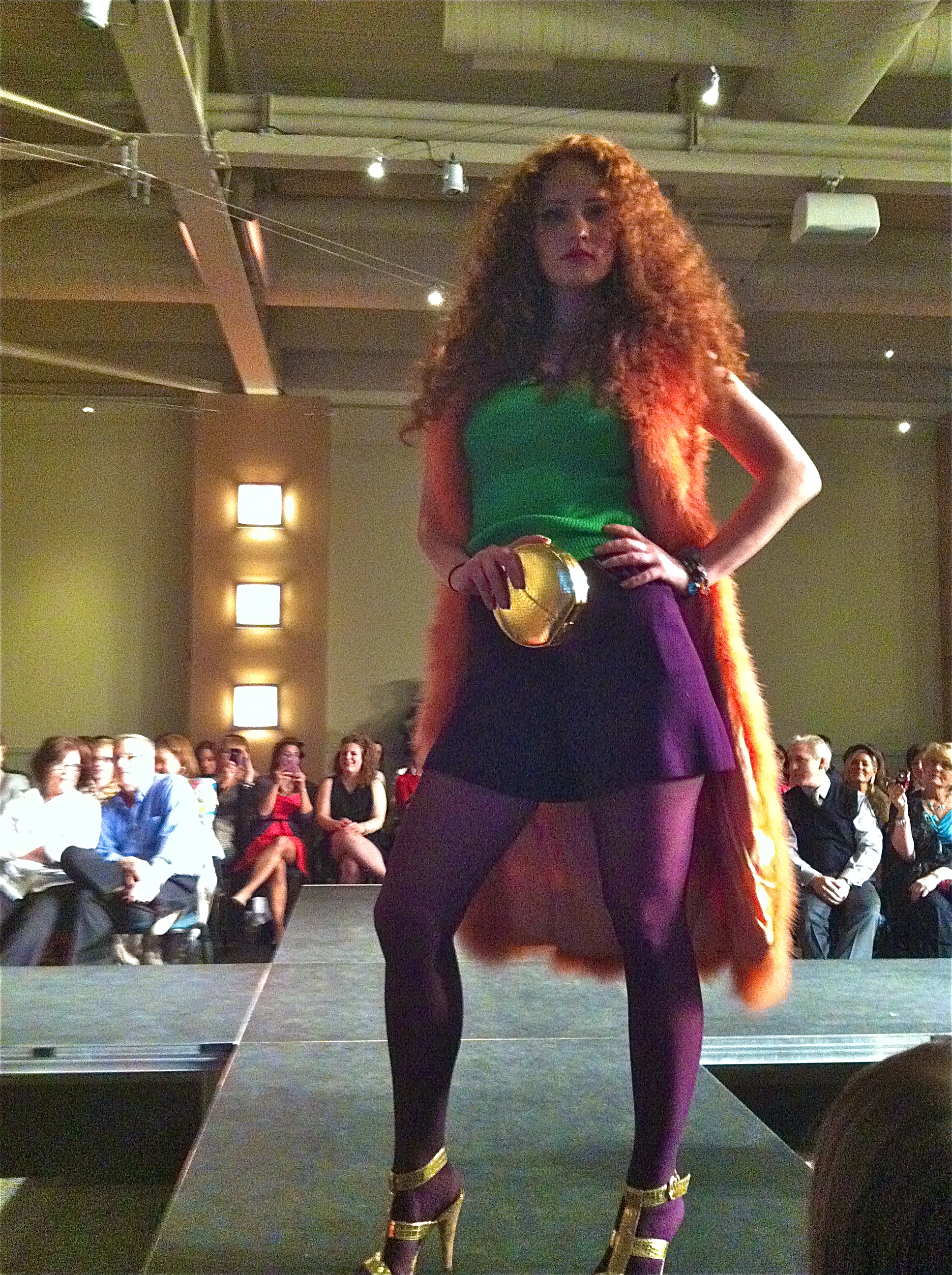 The models looked like they were plucked out of a 1960s woman's magazine – their outfits flowing in the air as they pranced on stage. Pastel suits, bulky overcoats, airy textured rompers, full-skirted dresses and bright colors that nearly blinded the audience…not a look was missed. 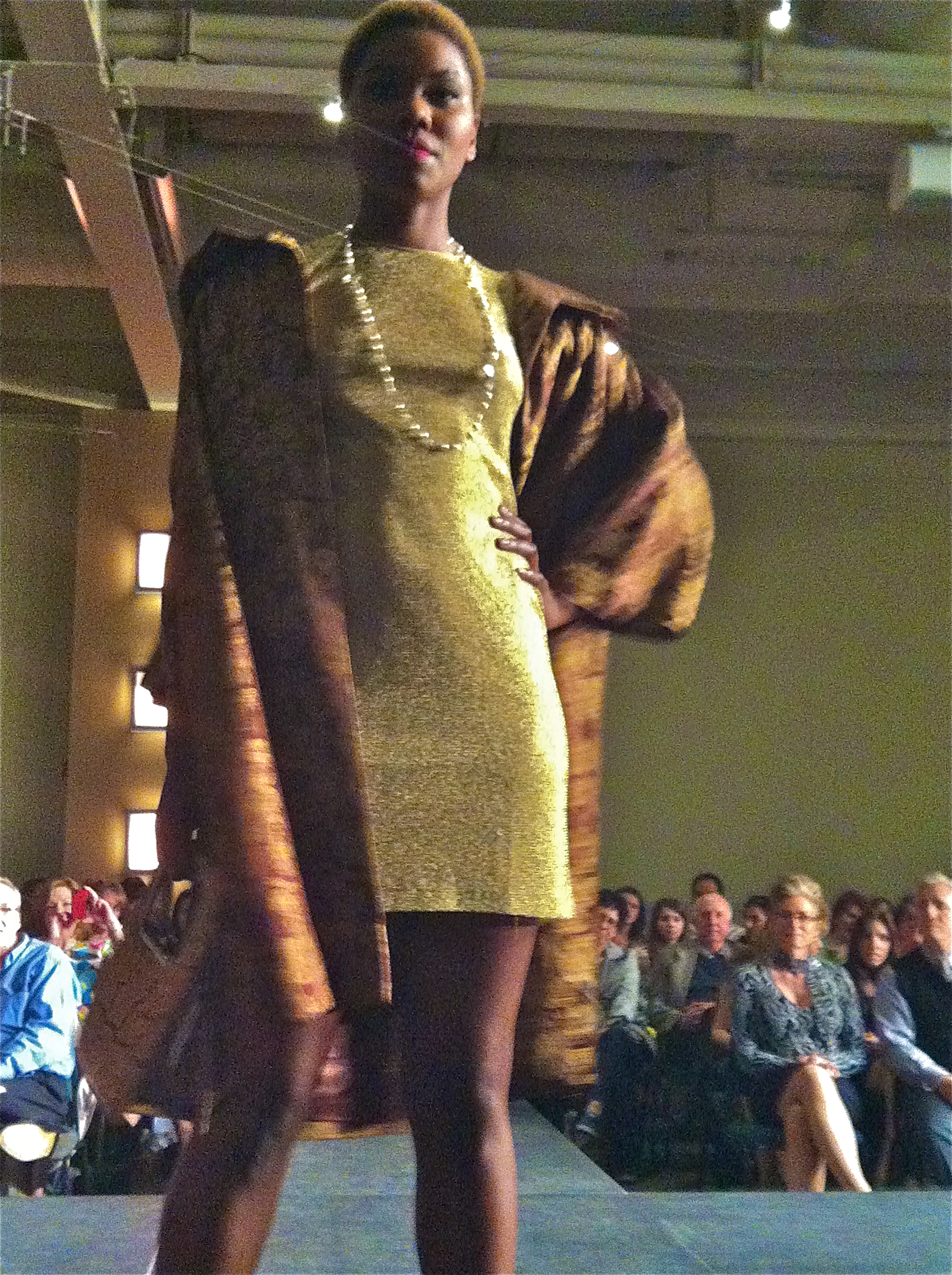 To top off the night, seated right in front of me, to my delight, was Pittsburgh native and Hollywood golden-era celebrity Barbara Feldon who starred in Get Smart as Agent 99. The epitome of class, elegance and style, Feldon was a walking representation of what the 60s were all about.

Be sure to check out the Heinz History Center at 1212 Smallman Street in the Strip – it's sure to give you an unparalleled look at the town we all call home. Stay up to date with The CW Green Team's latest activity right here on our website as well as on Facebook (www.facebook.com/WPCWGreenTeam), Instagram (Pitt_CW_GreenTeam) and Twitter (@PCWGreenTeam)!