A page from the Walmart website drew controversy for posting the "fat girl" description above pictures of "vampire" and "saloon girl" costumes, CBS 2 reported Monday. 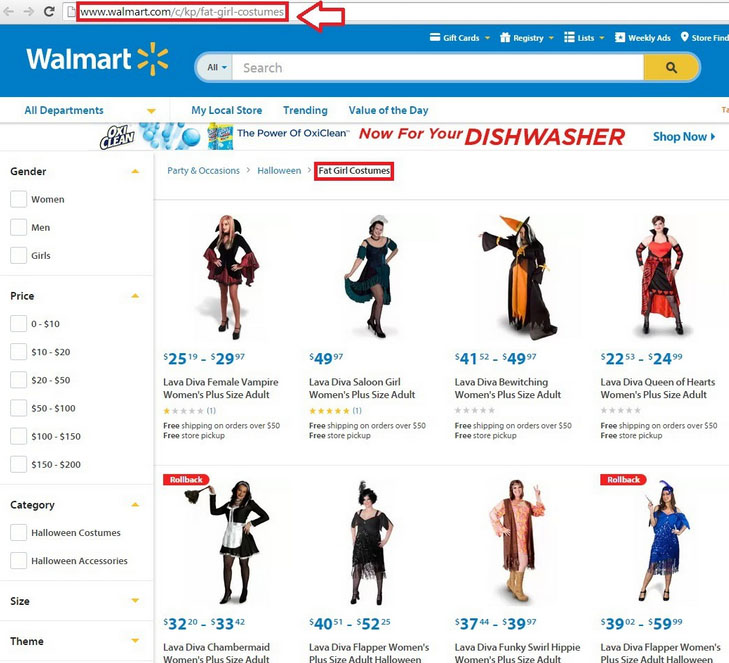 Angry reaction lit up social media after the page appeared.

The "fat girl costumes" page also attracted some less-than-flattering attention from the website Jezebel, which noted that the page "features a lot of the same outfits as the Women's Plus Size Adult section, which makes us think some web developer created the section as a "hilarious" joke and then neglected to change it."

On Thursday afternoon, Walmart took down the description and called it unacceptable. In a statement to WNEW radio in Washington, D.C., the retailer said:

"This never should have been on our site. It is unacceptable, and we apologize. We worked quickly to remove it this morning and are taking additional steps to ensure this never happens again."