Following a stop in Detroit this past weekend and just a couple more shows left on the Brothers of the Sun tour, Tim McGraw doesn't have much time to slow down before his upcoming gig in Las Vegas with country singer wife, Faith Hill. He did however, slow down long enough to answer a few questions backstage with Detroit station 99.5 WYCD.

Tim McGraw recently announced that he and wife Faith will be headlining a ‘Soul2Soul’ Las Vegas show that will be starting this December, running for ten weekends at The Venetian. Plans for the performance are underway, and though McGraw wouldn’t divulge the details, he did proudly tell us that he is most excited  to be “getting to perform with my wife every night."

Tim McGraw hinted that a future 'Tim and Faith' tour are a possibility, but like Garth Brooks and Trisha Yearwood, their children are keeping them very busy.  For the McGraw-Hill household, with three daughters in school (age 15, 14 and 10) it’s obviously a matter of juggling schedules and Tim admits it’s “easier to not tour together.” Though that could change, as he jokes, “now that the kids have a social life and don’t want to go with us…" 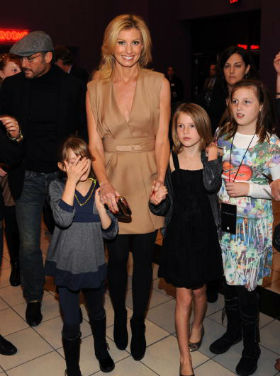 At left, Tim McGraw, Faith Hill and daughters, 2009, at ‘The Blind Side’ Premiere (Photo by Rick Diamond/Getty Images)

Speaking of daughters having a "social life" - their oldest is approaching 16, and how is Tim handling the dating game? “She’s not old enough to date” and without skipping a beat, adds “we still got 5, 10 more years left!” His daughters may have something to say about that, but Tim honestly  admits, “they are not even to that stage yet.” Even though he is adamant about not being one of those ‘over-protective fathers,’ the reins are tightened, disclosing that "everyone associated with them is checked out."

For those of you who enjoy catching the multi-talented superstar on the silver screen, looks like you’ll have to wait a little longer.  McGraw’s acting credits include some blockbuster hits, The Blind Side, Friday Night Lights, Flicka and Country Strong to name a few, and though he tells us a couple new scripts have come his way, he hasn’t had the time or "committed to anything yet.”  Tim says it would have to be something he is “really affected by.” "There's nothing that blows my skirt up yet” adding “but if something comes along that you can’t say no to, that just blows you away..."

Currently, as he tells 99.5 WYCD’s Steve Grunwald,  Tim is having a lot of fun working on his next album.  He was pretty tight lipped about the details, saying they have a “few release dates in mind” but are not ready to announce just yet.  He will be heading out on tour next summer, and we are all wondering who his tour mates will be? We will have to wait patiently, as McGraw says "that isn’t nailed down yet."

See photos of Tim and his “Brothers of the Sun” tour mates in concert in Detroit: 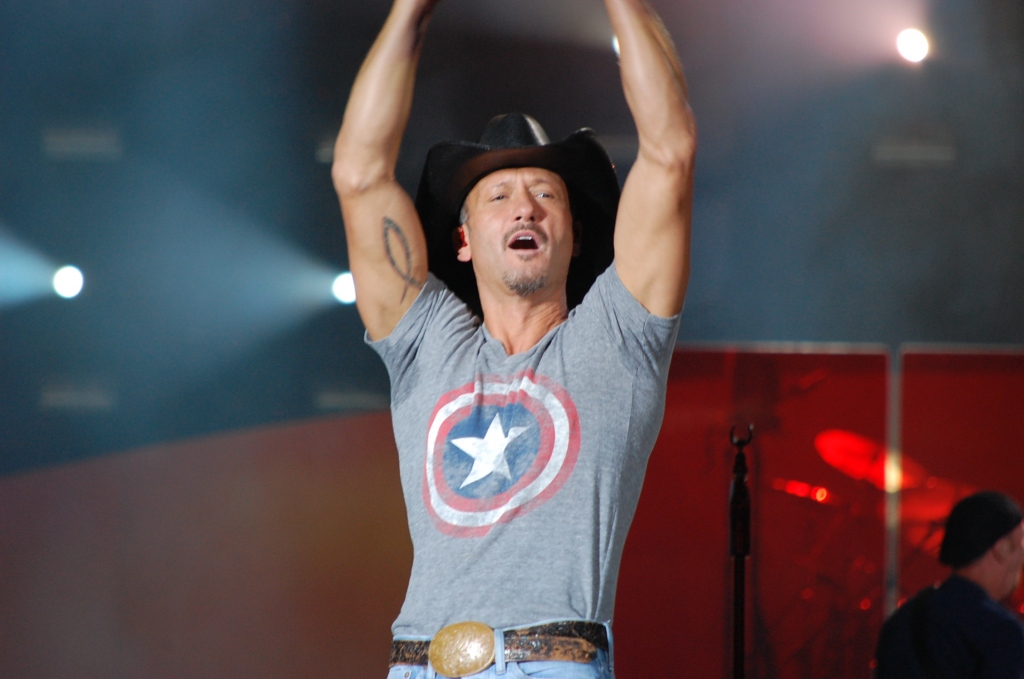