In fact, August has brought many of the nation's most transformative moments.

Tonight, CBS2's Maurice DuBois will host a special report on CBSNews.com called The Power of August.

In the blistering days of August, it seems transformation happens. It's an arc in Civil Rights history, starting with a moment of wrenching pain.

His mother allowed an open casket at the funeral to show the world the horrifying result of racial hatred.

"They knew then that not only were men - Black men - in danger, but Black children, as well," she said in an interview. 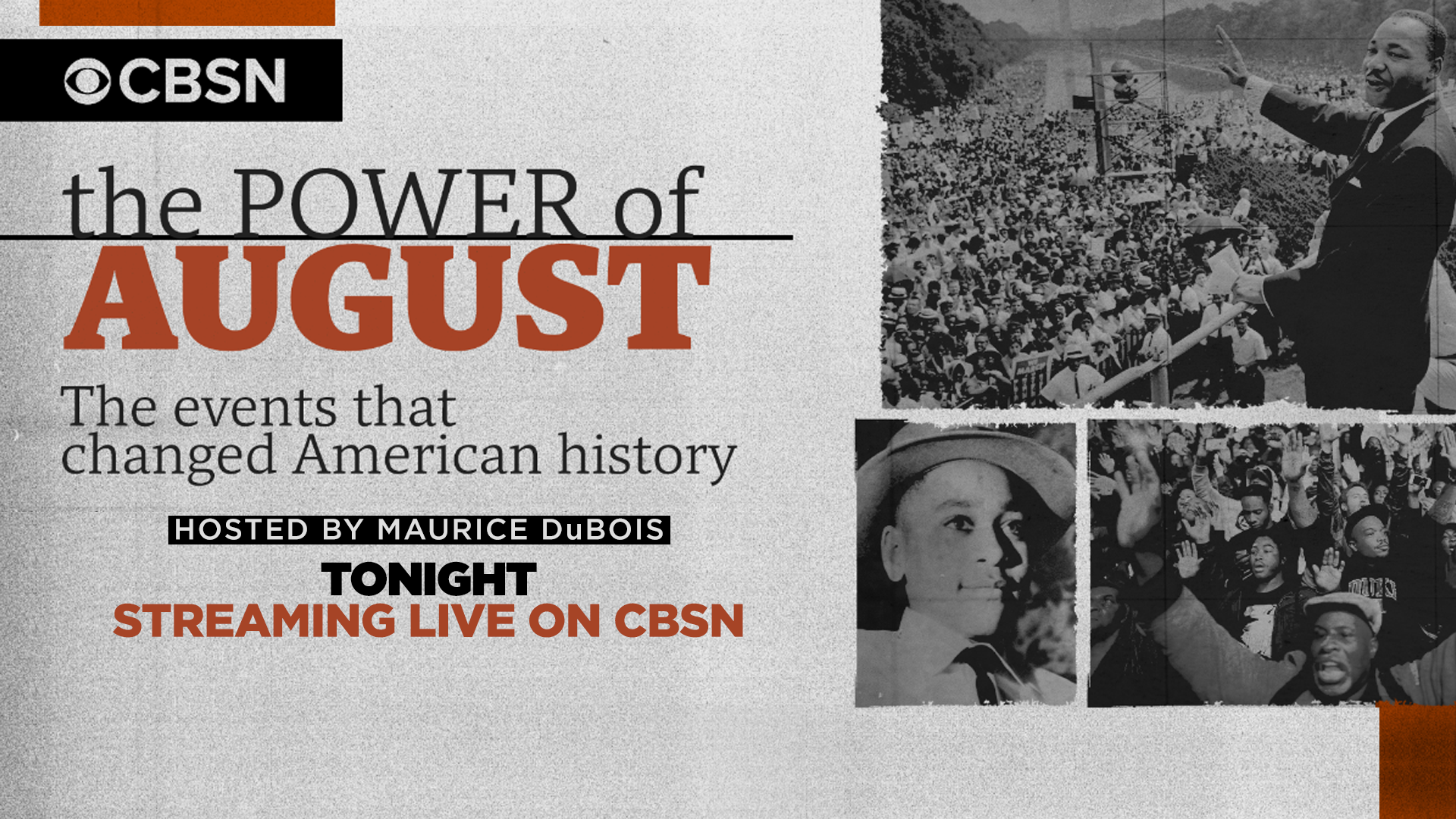 Eight years later to the day - the March on Washington. Americans of all races demanding jobs and freedom, with powerful women playing a crucial role behind the scenes.

"The men had titles, but the women did a lot of the real work," NAACP President Derrick Johnson said.

In following years, August brought the signing of the Voting Rights Act, Hurricane Katrina and the suffering of Black communities.

In 2008, the Democratic presidential nomination for Barack Obama.

But August 2014 brought the police shooting of Michael Brown in Ferguson, Missouri.

"He put his hands in the air and he started to get down, but the officer still approached with his weapon drawn," one witness reported.

August 2020 - protests raging against racism and brutality, and the effort to channel that rage to the ballot box.

"We must vote because our lives depend on it," said Johnson.

It's a month of pain, of protest and of progress. The power of August.

LINK: Watch 'The Power of August' on CBSN and CBSNews.com