All proceeds from the event went toward the Steve Weatherford World Champion Foundation, which has been heavily involved in the tri-state area for eight years. Part of his charity work involves taking teens to prom. For the last three years, he started Project Prom, which helps pay for kids to go to senior prom who can't afford it. He takes anywhere from 30 to 50 students to prom, and it includes everything: prom tickets, limo, hair, tuxedos, hair, nails, etc.

Weatherford has always been heavily involved with charity work and is heralded for his contributions off the field. The question is will the free agent punter be back on the field again.

"Right now, I'm not motivated to play football," Weatherford said at his draft party. "It's really to become more involved in my charity endeavors, and TV and radio and fitness. Truly, I'm a fitness enthusiast that kind of stumbled upon football at 15 years old. My offseason energy and passion is geared toward motivating and inspiring youth to become more active and to build their best self." 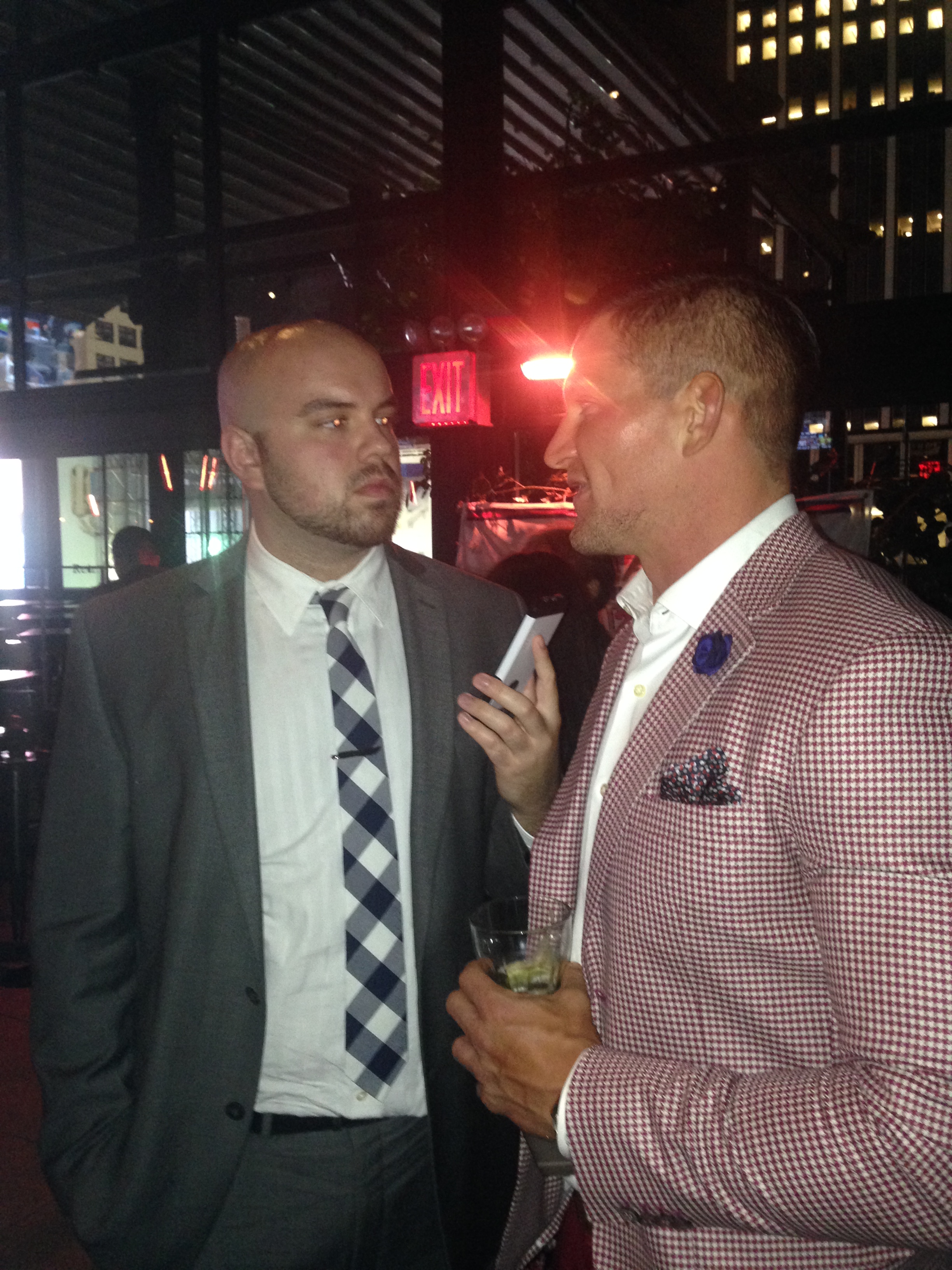 So is Weatherford retiring?

"I haven't officially announced my retirement because I'm not 100 percent decided. I'm just not passionate about it right now. It was 10 years. I won a Super Bowl. I achieved everything I wanted to achieve. I saved my money. My motivation is not kicking a football; it's impacting people."

Impacting people off the field has been a pivotal part of the 10-year NFL veteran punter's life. It's also the part that he wants to be remembered for most.

"I don't want to be remembered for anything that has to do with football," said Weatherford. "I love football, and I'm very thankful for that. To me, it was just a conduit to build a brand and a reputation that people would listen to. Winning a Super Bowl opened up so many doors for me. If I wouldn't have won a Super Bowl, I think I'd still be motivated to play football. I'm thankful it happened, and happened with the New York Giants. Life is good. I'm trying to leverage those blessings to be able to motivate and inspire and leave a legacy bigger than football."

It's unknown just yet if the fitness freak will announce his retirement officially this offseason, but he's clearly keeping himself busy in the meantime. You can check out what Weatherford is doing and all his charity work at his website, Weatherford5.com.

Jake Brown is the digital program manager at CBS Sports Radio and a columnist for CBS Sports Radio, CBS Local Sports and CBS Local. You can catch him daily on the Brown and Scoop Podcast on CBS Radio's Play.it network, iTunes, and Spotify. The show features shows and interviews with some of the best guests in sports and entertainment. Jake lives in Queens, and being a Mets fan is finally paying off.