And believe it or not, for country fans, that wasn't even the 'sweetest' moment of the night.

That's because, just prior to driving the brand new race car onto the floor of Hendrick Motorsports, Little Big Town helped unveil a life-size replica of Kasey Kahne's famous No. 5 car, baked and decorated by Ace Of Cakes star Duff Goldman!

The cake took about three weeks to bake and construct, weighing in at an astounding 1,100 pounds. Complete with its own 'burning rubber' smoke from a well placed fog machine, the cake easily could be mistaken for the real thing. 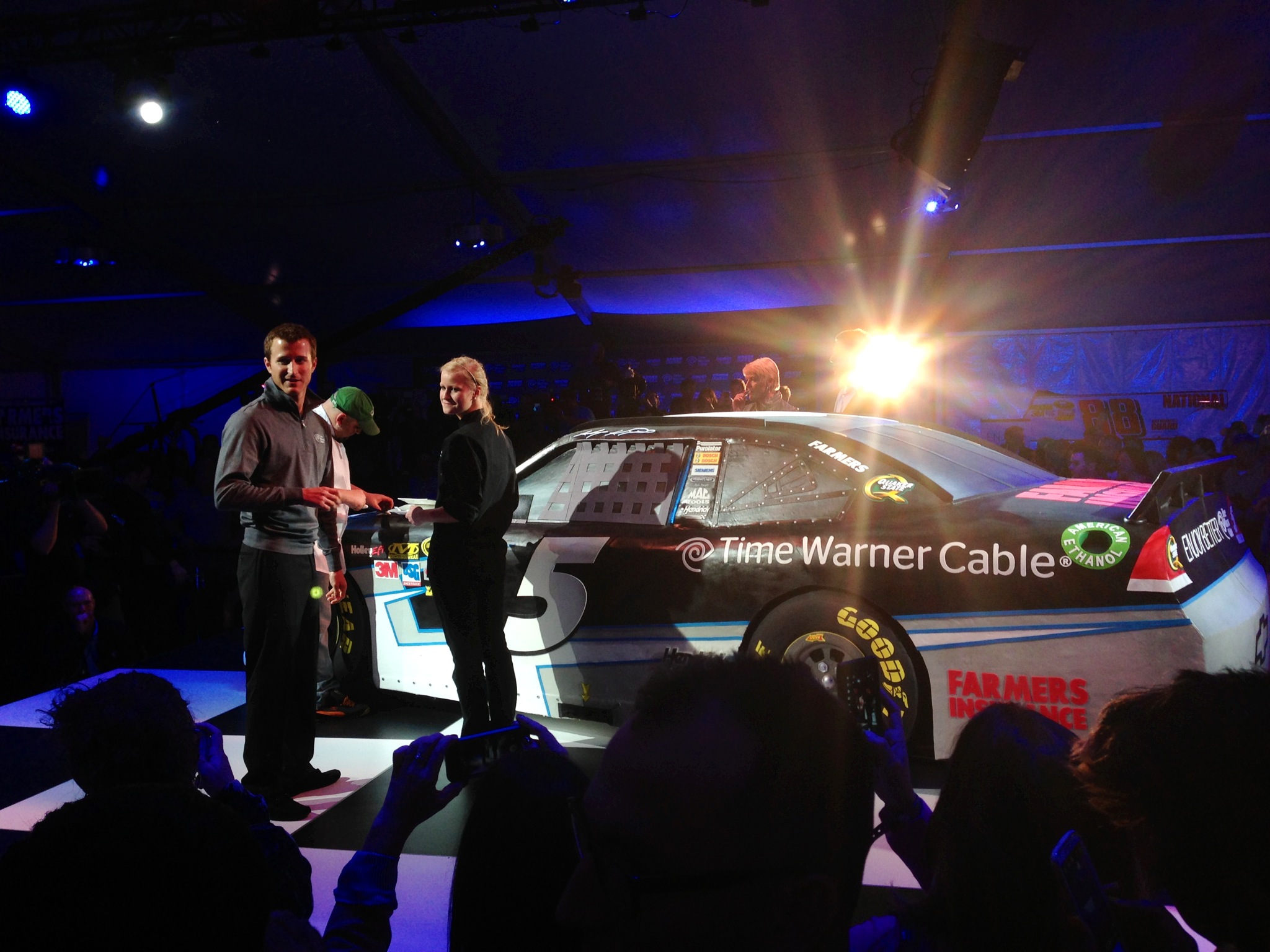 The life-size cake replica of Kasey Kahne's car (Photo by The New 103.7)

The night was already a highlight of race week but the party only got better when platinum-selling band Little Big Town took the stage to perform a slew of their hits, including songs from their best-selling album Tornado.

"We've been a band for 13 years, so this is pretty dang sweet," Kimberly Schlapman admitted in a playful tone about the success of Tornado.While the band was quiet during the two years between album releases, they're touched that fans are still on their side and buying their records.

"It feels fantastic. The new single ["Tornado"] came out, and it's already doing so well," Karen Fairchild interjects, happily. While their first single "Pontoon" is already a platinum-selling single, there's no doubt "Tornado" is on its way as well.

With the constant promoting and touring they've been doing this year, the band is excited to take some time off over the holidays. "We're gonna rest, finally. We're gonna stop on the 16th of December then we're gonna chill out for a month."

And it's definitely a well-deserved rest after the major success of their sophomore album. Little Big Town continue their tour through the end of October before going on a holiday show tour.

Kasey Kahne's brand new car will make its debut this weekend at the Bank of America 500 at Charlotte Motor Speedway.