"People say I march to the beat of a different drummer. That drummer is Levon Helm!"

So said Eric Church at last night's Love For Levon concert at New Jersey's Izod Center. Church and Dierks Bentley were among a number of legendary artists, including Gregg Allman from The Allman Brothers Band, Joe Walsh from The Eagles and Roger Waters from Pink Floyd, who were all there to pay tribute to The Band's late drummer/singer/mandolin player, Levon Helm, who passed away earlier this year.

All net proceeds from the concert will help Helm's estate keep ownership of his home, barn and studio and continue the "Midnight Ramble Sessions," which Helm hosted and headlined in the last few years of his life (Church was one of many guest artists to drop in on the "Rambles").

Helm, an Arkansas native, was the only American member of The Band, who (somewhat ironically) are often referred to as an "Americana" group (the other Band members were Canadian). Helm was profoundly influenced by country music, and that influence went both ways, as evidenced by Bentley and Church's performances.

Bentley performed two songs: "Rockin' Chair" (from The Band's 1969 self-titled album) and "Chest Fever" (from their 1968 debut, Music From Big Pink). For the latter, he was joined by The Band's keyboardist Garth Hudson, who got an ovation whenever he stepped on the stage.

After Bentley left the stage, Church came on, saying "In a world where there's a lot of bought fame, Levon was about the music!" Church performed "A Train Robbery," a song written by one-time Helm collaborator (and Emmylou Harris' ex-husband) Paul Kennerley, telling the tale of Frank and Jesse James. Church and Bentley each likely earned themselves quite a few new fans among the classic rockers in the crowd. 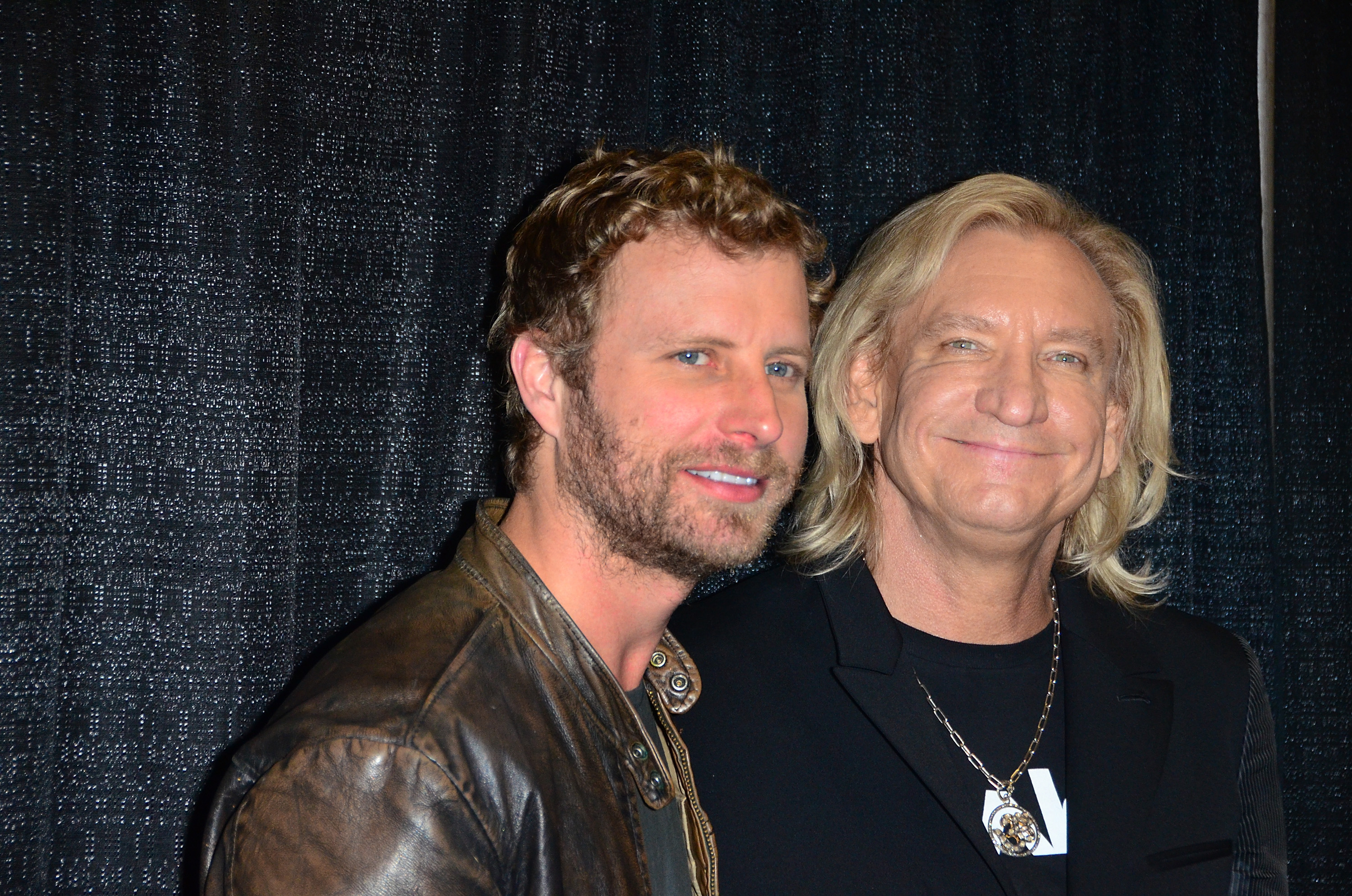 Both artists returned to the stage for the finale, a rousing rendition of The Band's "The Weight," with lead vocals traded back and forth by gospel singer Mavis Staples, Gregg Allman, Roger Waters and soul singer (and occasional Kenny Chesney duet partner) Grace Potter.

That was a performance that is unlikely to ever be repeated. However, a camera crew was present all night, so a future DVD release seems likely.