Perhaps the last two installments of By The Numbers stirred up some strong sentiments as to whether New York City is more of an American League metropolis or a National League stronghold.

I thought I would round out this discussion by choosing all-time teams: one comprised solely of Yankees and the other with players from the New York Giants, Brooklyn Dodgers and New York Mets.

BY THE NUMBERS: IS NEW YORK A NATIONAL LEAGUE OR AMERICAN LEAGUE CITY? (PART 1)

BY THE NUMBERS: IS NEW YORK A NATIONAL LEAGUE OR AMERICAN LEAGUE CITY? (PART 2)

I made my selections and evaluations using the following guidelines: 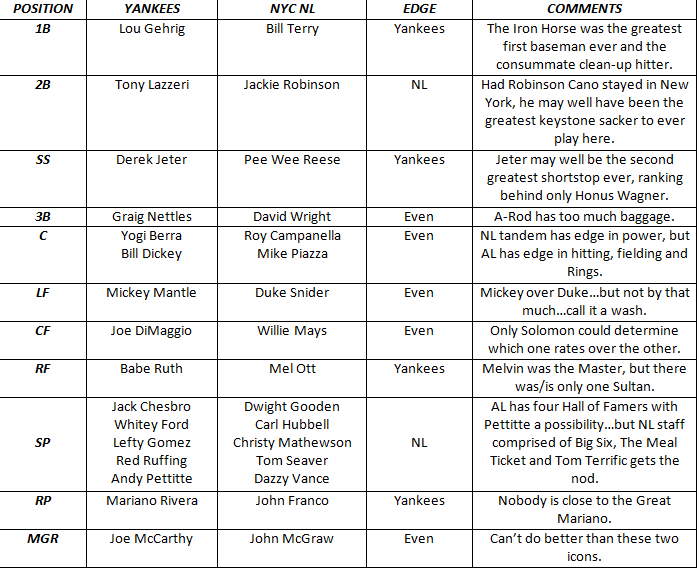 Prediction: Because of superior hitting and Mariano Rivera, the Yankees defeat NYC NL 4-2 in the seven-game series.

Who do you think would win?