The best arcades in New York City range from kids-only mega-spaces in Queens, to bars serving great craft beers with a side of vintage video games. In short, there's an arcade for everyone, no matter what you're looking for. Here's our top picks. By Jessica Allen/Lawrence Bonk

Unlike some of the other spots on this list, Ace Bar has a rather limited selection of arcade games. So why is it on our list? Skee-Ball—that's why. A staple of arcades everywhere, Skee-Ball requires hand-eye coordination, patience, and a deft touch. Ace Bar offers two Skee-Ball lanes, in addition to pool tables, darts, pinball machines, Big Buck Hunter, and a huge collection of vintage lunchboxes. This watering hole has been around since the early 1990s, and retains some of that era's gritty, grimy feel . . . in a good way!

The first Barcade opened in 2004, bringing its signature blend of American craft beers and vintage video games to Brooklyn. Since then, Barcades have opened in Manhattan, Jersey City, Philadelphia, and elsewhere—and each one has the same cool mix of alcohol and nostalgia. Featured games at the original location include Donkey Kong, The Legend of Zelda, Ms. Pac-Man, Star Wars Trilogy, and Super Mario Bros., along with lots more -- all around just 25 cents a pop. Note that you must be 21 or older to enter, a reminder that this establishment emphasizes the "bar" as much as the "arcade."

Before we go any further, we need to get one thing straight: Funtopia is designed for the young folks in your life, so if you're looking for an alcohol-friendly spot to get your tilts and beeps on, you should probably hit up another joint on this list. Funtopia boasts some 150 arcade games, along with bumper cars and a massive three-level playground. There's also a multiplayer, interactive game called Time Freak, which requires participants to push randomly lit buttons as fast as they can. Funtopia is free for adults, but all kids under 18 have to pay for admission.

Modern Pinball is part museum, part showroom, and part working arcade and 100 percent family friendly. Modern Pinball screens documentaries about the game, welcomes teachers and helps students learn about the ways pinball uses engineering, math, and science. The Kips Bay space has been granted a charter by the State Education Department / University of the State of New York, and appeals to newbies and experts alike. Among many gaming options, you can hop on Star Wars, featuring a robotic R2-D2, or try to outlast the zombies on The Walking Dead.

Do your wash while beating your previous score in AC/DC Back In Black Limited Edition. If this sounds perfect to you, then head to Greenpoint's Sunshine Laundromat, which features washers, dryers, and a semi-secret doorway leading to a 1,000-square-foot pinball arcade. While the speakeasy in back sells beer and wine, it's BYOLD (bring your own laundry detergent). 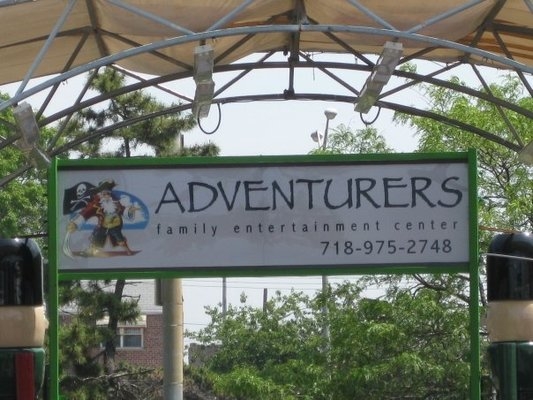 Way out in the Bath Beach section of Brooklyn lies this Adventurers, the most charming family entertainment center in all the land. This is the kind if place they just don't make anymore. There are kiddie rides for the, well, kiddies. Mini-golf for the putt putt devotees, and of course there are video games. Adventures boasts an entire arcade, in fact. This baby Coney Island is a mecca for kids and, for the Brooklyn born, a place where memories are made. 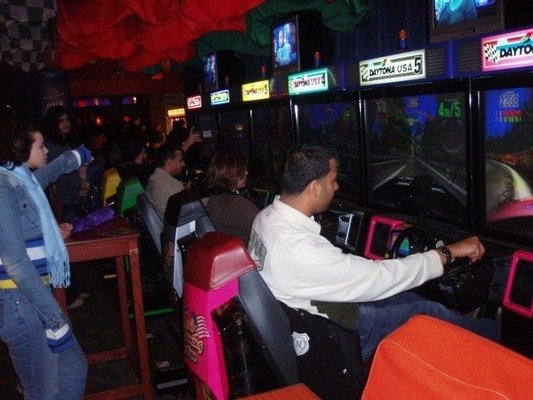 Even if you dread Times Square, this branch of the Dave and Buster's empire does a lot of things right. The game selection is undeniably cool, which includes certain classics being projected on a big screen. The arcade here does a good job of mixing old and new, and when you finally get bored you can just get drunk and start all over again. Brave the mass of tourists and give it a shot.