It's April, but the madness of March rages on this weekend as the last four teams in the tournament battle it out for the championship. We know your bracket is already busted (ours is, too). Find your own one shining moment at one of these venues.

This tiny neighborhood spot's name rings true on gamedays, when fans pack in vertically to watch every game going amidst deep drifts of sports paraphernalia, many donated by fans and alumni groups from schools like Gonzaga and Florida. The dense thickets of pennants and jerseys give Standings more soul than your standard sports bar, while eight flatscreen TVs, with game audio instead of music, assure singleness of purpose. Or perhaps duality – beer and sports share dominion here, with an impressive rotating lineup of taps focusing on American handcrafted ales and microbrews. As a surreal bonus, there's free pizza on Fridays from 8 p.m. until supplies run out. 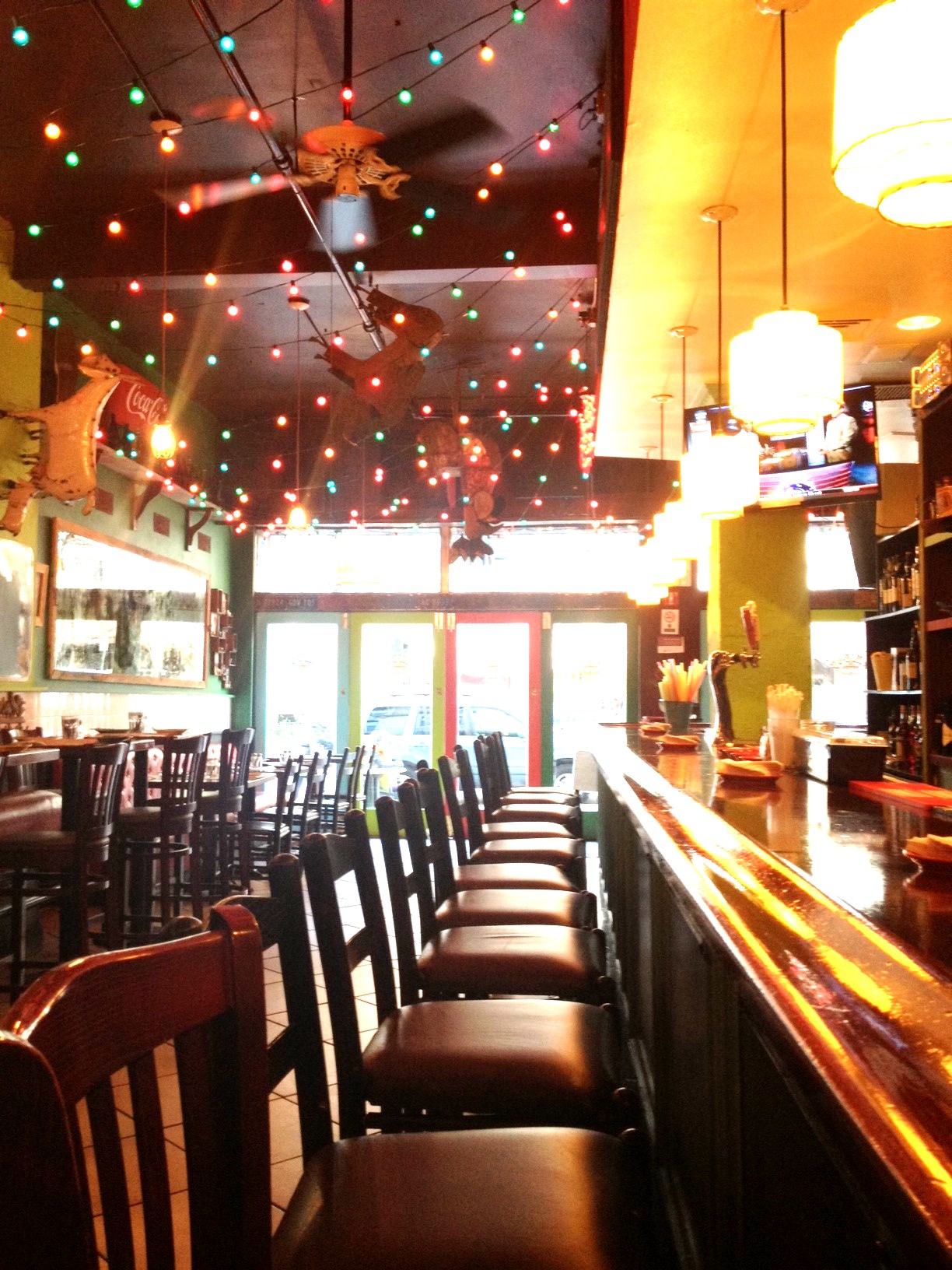 Pop-up Mexican restaurant Amigos has a deal that will surely survive until the final rounds of madness. Available at the bar and their high-top tables, the venue will offer 1/2 Dozen Jumbo Chipotle Glazed Wings and a Negra Modelo or Frozen Margarita for $12. This savory special will be available during all NCAA tournament games.

A pint of Red Star Amber or Light lager is in store for the bar with the same name, Red Star. You can add a shot of bourbon and the bar is well-known chicken fingers, wings and fries. With regular comedy, sporting events, taco nights, 50 cent wings, and barbecue, you really can't go wrong any night of the week at this local joint.

Blondies Sports is best known for possessing killer wings and a legion of flatscreens, perhaps the two most basic sports-viewing requirements. The celebrated wings are just the right compromise of juicy and crispy, while the TV fleet is tuned to whoever's playing. Cheap pitchers fulfill the third gameday requirement, at around $12 a pop.

This 6,000-square-foot sports bar brings a fresh concept to Chelsea nightlife with its rustic-luxe decor. Antique pine walls and dark brown seating provide a handsome setting for soaking up the scores on more than 40 flatscreens. Munch on goat-cheese-stuffed lamb burgers and lobster roll sliders while you sip pitchers of beer or cocktails such as the pomegranate margarita. And if you're still craving hot wings, you can get those here too.

Perhaps best known as a Red Sox bar, and Boston hangout generally, Professor Thom's claims to sell more Harpoon ale than anywhere else outside of Massachusetts. Still, the craft beers and games here still hail from all over, and with 16 TVs, it's a fairly safe bet they're playing what you're watching. A touch of class wafts in from the back, where hardwood floors and overstuffed leather couches await the uninterested or inconsolable, while formidable burgers and fried mac-and-cheese bites fortify true believers in the front.

Here's a deal that won't get dunked on. During the games, Mini Cubanos (a smaller rendition NYC's Best Cubano sandwich made with juicy roast pork and black forest ham, Swiss cheese, pickles and mustard) and A.G.'s signature draft beer on tap will be served for only $10.

This Hell's Kitchen sports bar, named for the Dublin's original rugby stadium, boasts the usual armada of flatscreen TVs, along with sporting events beamed in from most of the hemisphere and free WiFi for fantasy team players. However, it truly shines with an impressive variety of drinking gimmicks. From the standard (beer towers) to the unusual (an illuminated "ice rail" tube which transports your beer along the bar) to the slightly bizarre (a "Wheel of Fortune" type game for free shots), if it's an unorthodox way to deliver alcohol, Landsdowne Road probably has it.

The Pourhouse may have a reputation as a hangout for post-grads and former frat boys, it's a sports fan's haven with its array of widescreens and solid beer selection. There are all sorts of of drink specials -including free brew before tipoff of some games - things are sure to go down smoothly at one of the Pourhouses. Or you can check out their sister location SideBAR at 118 East 15th Street at Irving Place.

Bar 515 has successfully merged the needs of the die-hard sports crowd with that of the casual fan. So even if buzzer beaters and Sweet 16 upsets mean nothing to your friends, everyone will be able to have a good time here. Bar 515's front bar offers panoramic plasma views while the back bar is a combo of sports and spa with a waterfall area available to calm the nerves of fanatics. A more upscale menu is the draw for the popular Eastside sports spot. Plasma TV screens line the walls of this well-known neighborhood haunt. If you love basketball and Portuguese octopus, you've come to the right place. Other unique food choices include: burgers marinated in Irish stout, Tzatziki, feta and roasted pepper dip as well as mini Buffalo chicken sliders.