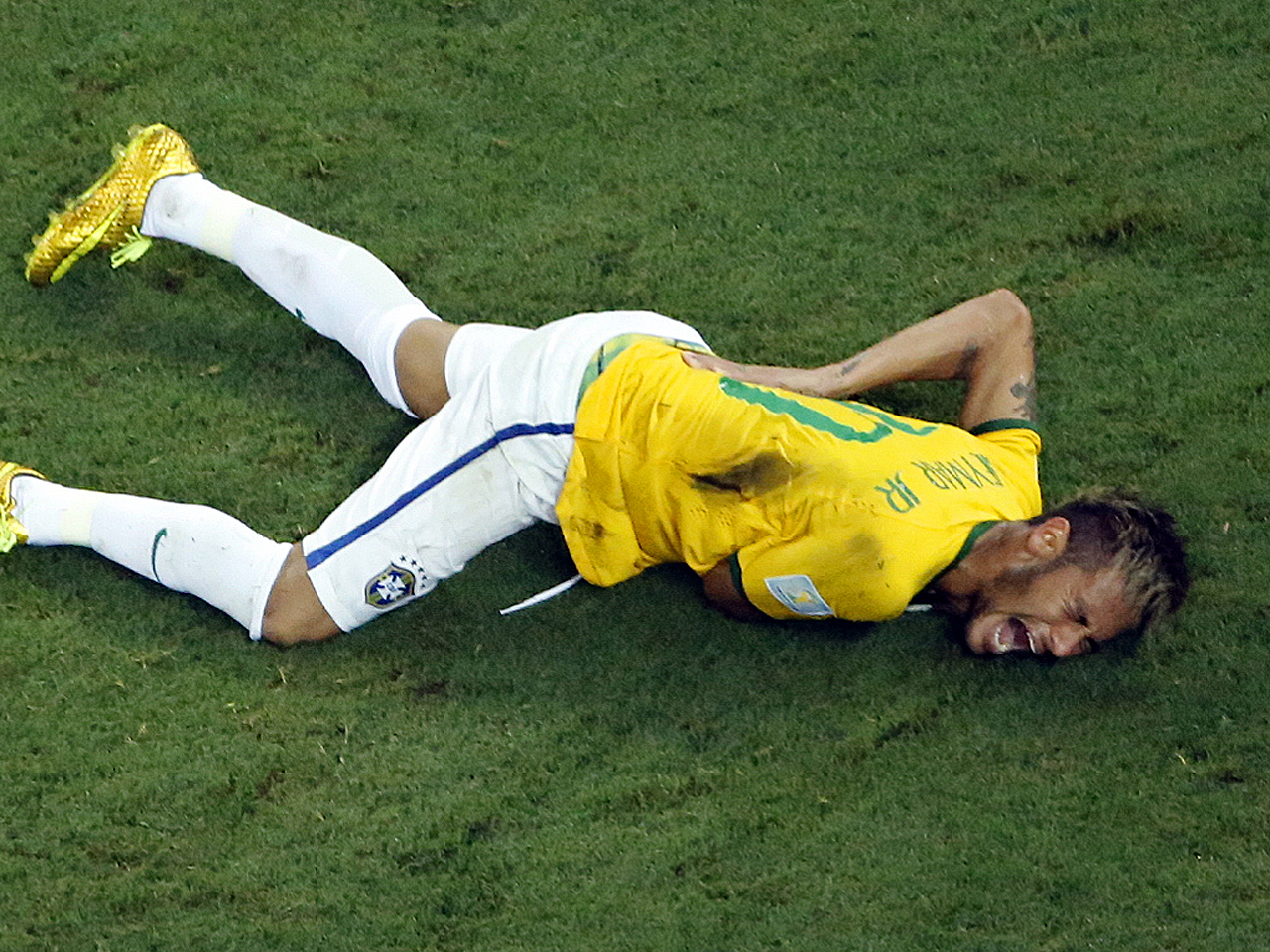 FORTALEZA, Brazil Neymar returned to Brazil's training camp in an ambulance after being ruled out of the World Cup because of a broken vertebra that will sideline him for four weeks.

Neymar flew back to Rio de Janeiro with the rest of his Brazil teammates following their 2-1 quarterfinal victory over Colombia in Fortaleza on Friday and rode the rest of the way to the team's camp in the mountain city of Teresopolis by ambulance.

The 22-year-old striker was kneed by Colombia defender Juan Camilo Zuniga late in the second half at the Arena Castelao, fracturing his third vertebra.

He was carried off the field in tears on a stretcher and "screamed in pain in the dressing room" before being taken to the hospital, the Brazilian confederation said in a statement early Saturday.

The injury is not expected to require surgery and the recovery time will be about four weeks, the confederation said.

It was not immediately clear if Neymar would remain with the rest of the team as it prepares for Tuesday's World Cup semifinal against Germany in Belo Horizonte. The squad isn't expected to leave the training camp until Monday.

Neymar is the biggest football star in Brazil and was one of the stand-out players of the World Cup so far, scoring four goals in the team's first three games.

He was hurt in the 86th minute, falling to the ground in pain after Zuniga jumped into him from behind.

"Everybody knew that Neymar would be hunted," Brazil coach Luiz Felipe Scolari said after the game. "It's been happening in the last three matches and we had been talking about it. But nobody listens to us."

Friday's match ended with 54 fouls in total - 31 by Brazil and 23 by Colombia. Scolari said Spanish referee Carlos Velasco Carballo should have done more to take control of the match.

According to Hulk, another of Brazil's striker, Neymar needs more protection from the officials.

"Every time is like this. Players always come after Neymar," Hulk said. "The referees need to do more to keep this from happening."