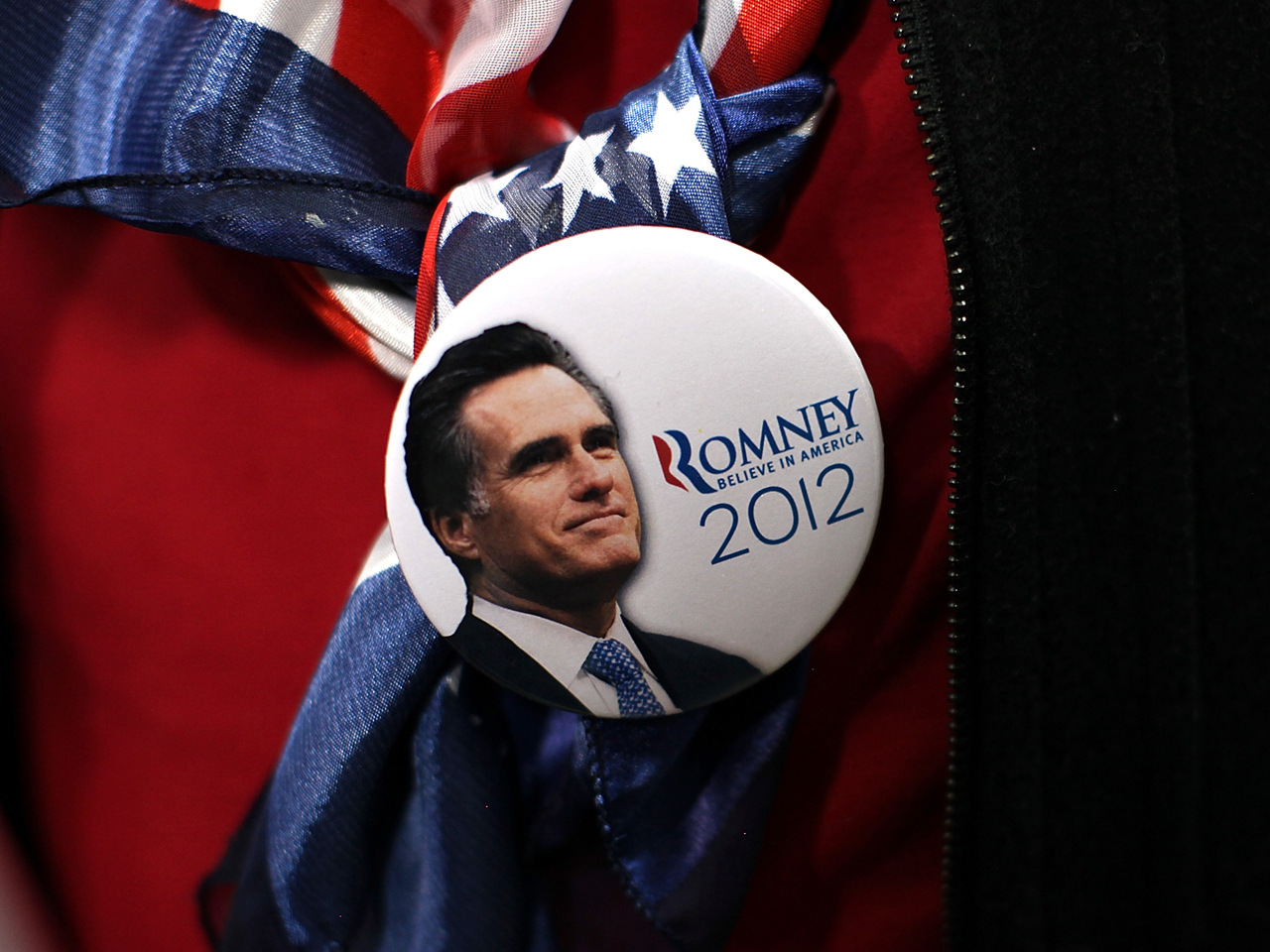 (CBS News) -- Ohio Republican Senate candidate Josh Mandel is 34, but he looks 19. He not clean cut--he's freshly shorn. So when the young State Treasurer explains that he's going to beat incumbent Democratic Sen. Sherrod Brown by winning over working class voters who spend their day with equipment that is hot, heavy, and dirty, it seems like a long shot. But Mandel has possible inroads with these voters: He served two tours in the Marines in Iraq. His grandfather was a laborer at a brass factory and his mother was also a union worker--the kind of voters he's trying to court. In one of his ads he highlights his military experience. (A snapshot from Anbar Province puts grit on a man.) In another he highlights his working-class heritage.

Mandel's strategy may not work, but at least he can start the conversation with white, working-class voters, a critical voting bloc. The question after two days of reporting in Ohio is what Mitt Romney can do to appeal to these same voters? Is he going to visit the shift-change at the Lordstown GM plant and let them take his measure, or is he just going to hope that history and a bad economy will bring them out to vote against President Barack Obama?

Ohio is competing with Florida for the title of most important state in this election. According to almost every serious analysis, it is a must-win for Mitt Romney. (Pause to cite the election-year adage: No Republican has won the presidency without winning Ohio.) Fifty-four percent of the electorate is made up of white, working-class voters, according to the Brookings Institution. Romney has a hard time with them. In the Ohio primary,according to exit polls, he lost those making $50,000-$100,000 by 11 points to Rick Santorum, and lost those without a college degree, too. The good news is that Obama has also has trouble with these voters. He lost them in the 2008 primary to Hillary Clinton and he lost working-class white voters to John McCain by 18 points. Romney will probably win these voters in Ohio but his challenge is to win them by a big enough margin to overcome Obama's strengths with young voters, minorities, and college graduates.

How should Romney make his case to working-class voters? How can he show that he understands them? We know what Romney's father George Romney would do. In 1968 when he was running for president, George Romney took a 17-city tour of the "ghettos." On this tour, the candidate interacted in unscripted moments with actual people. Unplanned events took place. He argued with those who opposed him. He suggested that he was interested in the lives of people who were not likely to be in his voting coalition. This kind of sustained engagement with serendipity would seem as foreign to the Mitt Romney campaign as campaigning in the nude.

When Charlie Rose asked Romney this week on "CBS This Morning" whether he might replicate even a sliver of his father's outreach, the governor said he has held regular meetings with voters away from the cameras. This was politically and logistically confusing. Those who have covered Romney by the minute were surprised to learn about these events. Also: Why if you're having trouble connecting with middle class voters--as the polls regularly show he does--would you hide these regular engagements with them? I asked the campaign for a few details and about why these meetings were secret and was told there would be no more information on this topic.

Romney starts with an empathy deficit and continues to dig his hole deeper. At a recent speech at Ohio's Otterbein University, Romney suggested to the students that one of several paths to success was that they could borrow money from their parents to start a business. (Mitt Romney has helped his son through a family trust.) With nearly 70 percent of college students on some kind of financial aid, it's safe to assume that parents who can't pay for school also don't have ready cash to fund the first venture.

Democrats added the parental-loan remark to the string of Romneyi$ms that highlight his wealth and his distance from the daily struggles of most Americans. The Obama campaign went on offense this week with a blunderbuss ad called "Swiss Bank Account," that ends with the line: "It's just what you'd expect from a guy who had a Swiss bank account." Subtle! Obama hopes to make Romney's financial background as exotic to these voters as Obama's upbringing in Indonesia.

Josh Mandel thinks that Romney should show up at a plant or coal mine or find some other way to connect with these voters, or else risk losing them. And Romney clearly knows he must find some way to show that he understands what people face in economically uncertain times. A considerable danger to Romney would be that a factory tour would look like he was pandering. A hard-hat moment would look as inauthentic as John Kerry's afternoon of hunting or Michael Dukakis' ride in the tank.

Despite Romney's deficit with white, working-class voters and his self-inflicted wounds, he does have two big advantages: history and the economy. A majority of blue-collar voters haven't voted for a Democrat since Lyndon Johnson. These folks have been the hardest hit by the economic downturn. Romney just needs voters to blame the president for the bad economy, which they seem ready to do. In a recent Quinnipiac poll, Romney tops Obama on all questions related to the economy and jobs. "The Romney campaign message is pretty simple," said one veteran GOP strategist, summing up the Ohio strategy, "Under Obama, your life sucks."

President Obama has a direct rebuttal that he'll be making in his first official campaign event, which is scheduled for Saturday at Ohio State University. Obama will tout the 2009 bailout of Chrysler and General Motors which he says not only saved jobs at car manufacturing plants but also in those industries that service the car industry. Last week the Obama campaign launched a "made in Ohio" tour in which former Gov. Ted Strickland toured the state reminding voters about the rescue and about Mitt Romney's 2008 Op-Ed that the New York Times editors gave the headline, "Let Detroit Go Bankrupt."

Ohio Democrats may also have a tactical advantage that will help the president overcome the usual Democratic disadvantage with blue-collar voters. Last year, Gov. John Kasich and Republican leaders tried to limit public-sector union bargaining rights for roughly 400,000 state and local workers, including police, firefighters, and teachers. In November, voters overturned the law (Senate Bill 5, which Romney supported) 62 percent to 38 percent. Republicans admit this damaged the party's reputation with firefighter and police unions that had typically been sympathetic to the GOP. Democrats say the door-knocking and voter-outreach effort that led to that victory started a conversation with angry blue-collar voters that will make them receptive to Obama's re-election campaign.

Republicans say any conversation with voters that starts with the auto bailout will lead to a larger conversation about the economy, enabling Romney to argue that his 25 years in business gives him special insight. But even there the issue is getting murky. During Romney's recent visit to Ohio, he joined Gov. John Kasich who touted the thousands of jobs now available in the state. The Ohio unemployment rate was 9 percent last year and is now 7.5 percent, just below the national average. Republicans argue Kasich should get the credit and not the president. To make that case, Mitt Romney will first have to find a way to talk to those working-class voters.