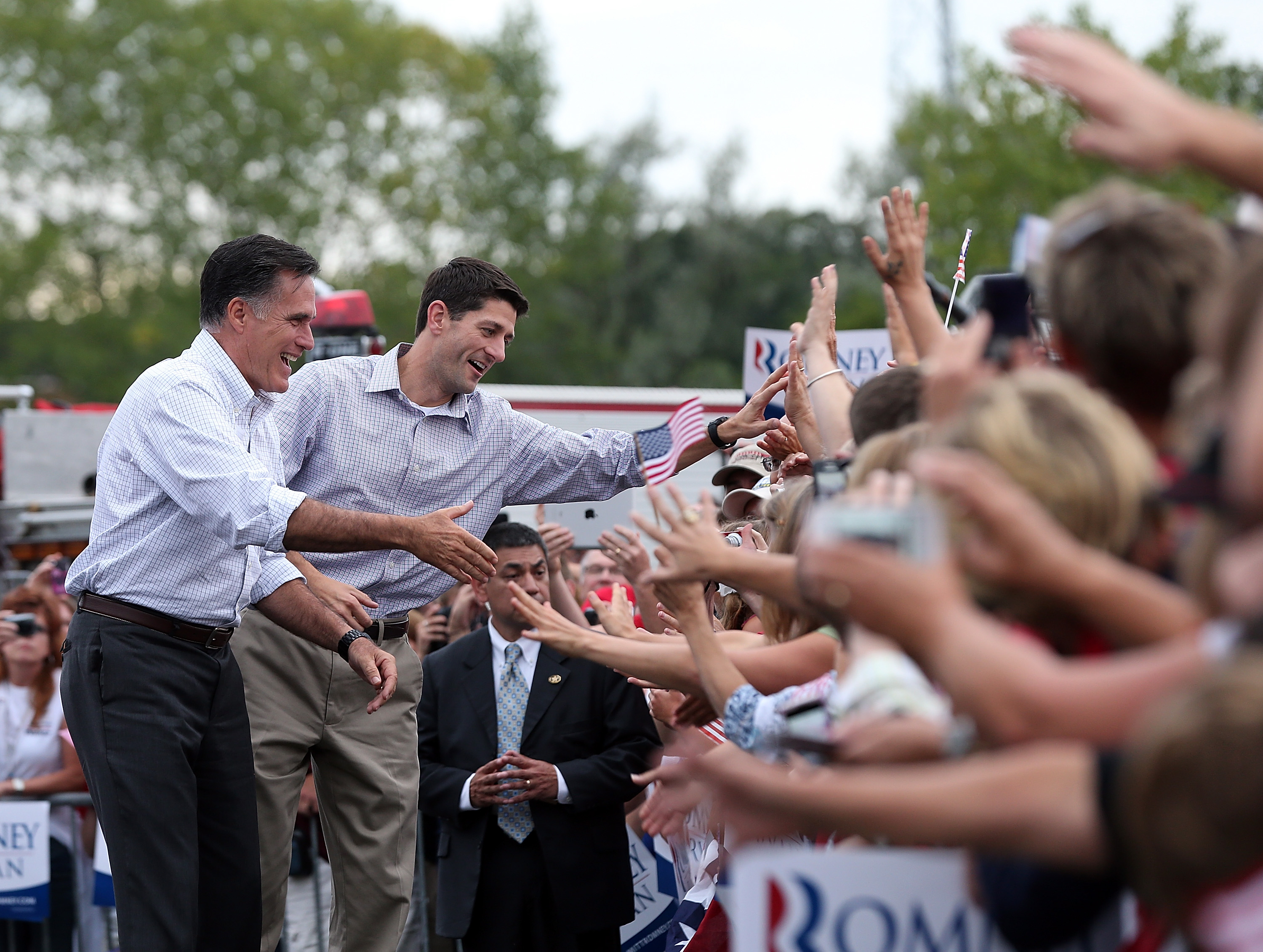 (CBS News) Mitt Romney's selection of Paul Ryan as his running mate appears to have energized some likely voters in Ryan's home state of Wisconsin, according to a new Quinnipiac University/CBS News/New York Times poll.

As many as 31 percent of Wisconsin voters say Romney's pick of their native son makes them more likely to support Romney in the fall, according to the survey, conducted Aug. 15-21. Fewer (22 percent) say they would be less likely to do so while 45 percent say Ryan's selection makes no difference.

With Ryan joining Romney's campaign, the Republican presidential candidate has gained ground in Wisconsin, where President Obama now leads by just two points, 49 percent to 47 percent. The two-point lead is within the poll's margin of error.

"It seems like the pick of Paul Ryan has had some small beneficial effect for Mitt Romney," Peter Brown, the assistant director of the Quinnipiac poll, told CBS News' Bill Plante on "Face to Face".

Referring specifically to Wisconsin, Brown added, "Obviously, it's had some home-team effect."

It's official, Wisconsin: You're a swing state

The race has tightened in Florida, where Mr. Obama is leading 49 percent to 46 percent - equal to the poll's three-point margin of error. Romney holds a double-digit lead among seniors in the Sunshine State.

Mr. Obama has maintained his lead in Ohio, according to the poll, besting Romney 50 percent to 44 percent. The president enjoys a 13-point advantage among women and backing from young voters in Ohio, while Romney wins the support of independents and has an 8-point lead among seniors.

Few likely voters are undecided in these battleground states, and nine in 10 say their minds are made up. Only one in 10 says they could change their minds about who to support.

In all three of these battleground states, Republicans are more enthusiastic than Democrats about voting this year. Republican enthusiasm about voting has also risen from earlier this month.

Voters in Wisconsin, Ohio and Florida have net favorable ratings of Ryan, a seven-term congressman.

In Wisconsin, 59 percent of Republicans and a third of independents say Ryan's place on the ticket makes them more likely to support Romney. (Watch Peter Brown, the assistant director of the Quinnipiac poll, talk more about Ryan's influence.)

While overall impressions of Ryan in these battleground states are more positive than negative, he is unknown to about four in 10 likely voters in Florida and Ohio. Ryan is most familiar to Wisconsin voters and gets his highest favorable ratings (44 percent) in his home state.

Vice President Joe Biden, who recently made some controversial remarks at a campaign event, receives net negative ratings among voters in Florida and Wisconsin, and Ohio voters are divided.

Impressions of these men are colored by partisanship: majorities of Democrats in all three states view Biden favorably, while most Republicans have positive opinions of Ryan.

In all three battleground states, voters are inclined to think both vice presidential candidates are qualified to serve as president if that became necessary. Ryan does best on this measure (at 44 percent) in his home state where he is most known.

The poll asked about Ryan's job performance in his home state of Wisconsin; 52 percent of likely voters approve of the job he is doing as a member of Congress, while 33 percent disapprove. Fifteen percent don't have an opinion.

In Florida, Mr. Obama continues to lead among women (53 percent to 41 percent), Hispanics (61 percent to 31 percent) and younger voters.

Meanwhile, Romney has a six-point lead over the president among men (51 percent to 45 percent) and continues to lead with seniors (55 percent to 42 percent). Seniors were 22 percent of Florida's electorate in 2008, and Republican John McCain won them by eight percentage points.

The race in Florida remains close among independents, a key voting group (48 percent for Romney, 44 percent for Mr. Obama, within the poll's margin of error).

The selection of Ryan as Romney's running mate seems to have turned the Badger State into a true battleground. Mr. Obama won Wisconsin by 14 points in 2008. His six-point lead from just two weeks ago is now down to two points.

Mr. Obama still has a nine-point advantage among women, while Romney has a five-point edge with men.

Similar to the Wisconsin poll released earlier this month, Mr. Obama does well among Wisconsin's white voters with college degrees, but Romney gets the support of those without a degree. Romney also has a large lead among white Catholics in Wisconsin (58 percent to 38 percent).

Mr. Obama continues to enjoy a large lead among women in Ohio (54 percent to 41 percent), while men are almost split: 48 percent for Romney, 46 percent for the president.

Seniors are backing Romney (52 percent to 44 percent), while younger voters are supporting Mr. Obama. Romney has the edge with independents (48 percent to 43 percent).

As he did earlier this month, the president continues to lead Romney on empathy. A majority of voters in each of these three states say Mr. Obama cares about their needs and problems, compared to four in 10 who say that about Romney.

However, voters are less enthusiastic about Mr. Obama's job performance as president. In all three states, views are mixed.