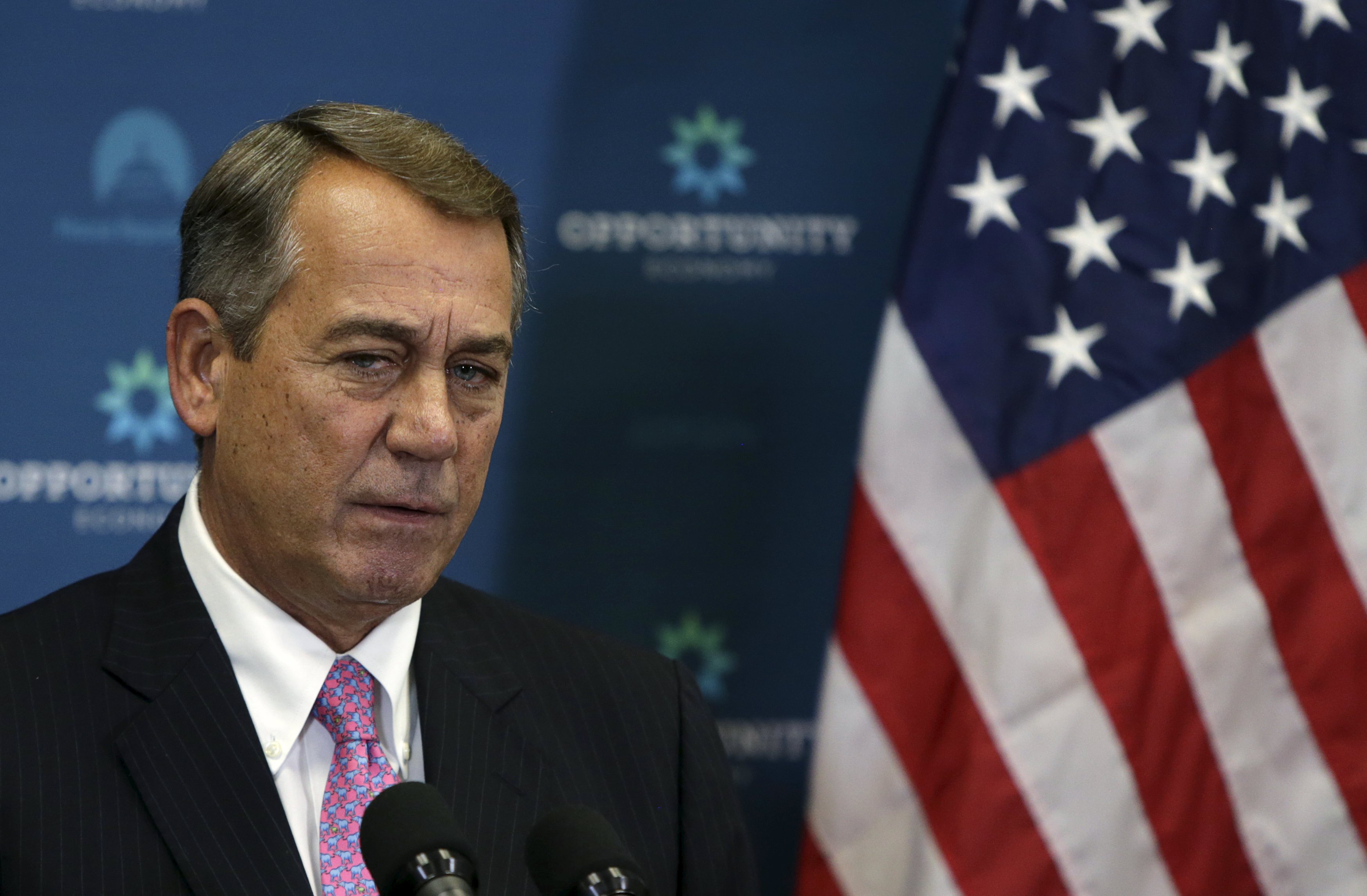 When House Majority Leader Kevin McCarthy, R-California, dropped out of the race for House speaker last week, it threw the House into chaos. But the disarray in leadership doesn't mean the looming deadlines facing Congress budge.

The House and Senate must vote to raise the debt limit, as well as address funding for highway programs that's due to expire.

That heightens the pressure on House Speaker John Boehner, R-Ohio, who had planned to leave Congress by the end of October - but who may also be one of the only legislators able to orchestrate the extension of the nation's borrowing authority. Adding to the pressure is the fact that the Treasury Department said last week it will exhaust all so-called "extraordinary measures" by Nov. 3 -- two days earlier than the initial projected date of Nov. 5.

"I think Boehner probably cleans this up now," former Republican Rep. Tom Davis told CBS News. "This does not end well if you're a Republican...My gut on this is that its going to be one ugly vote that's going to have to be passed with the Democrats carrying the bulk of it."

An aide to Boehner was coy about the prospects of the speaker resolving the debt ceiling, but didn't rule it out.

"The Speaker has made it clear that he wants to solve some outstanding issues before he leaves. No decisions have been made, but a resolution on the debt ceiling is certainly possible," the aide said last week.

Conservative members were already plotting to challenge Boehner's speakership and would have revolted if he had worked with Democrats to raise the debt ceiling without demanding any spending reductions. And they're still saying that reducing spending further is the only way they will support a debt limit increase.

"We should raise it, but we should raise it as part and parcel of a larger package to solve some of the reasons that we have to raise the debt ceiling again," Rep. Mick Mulvaney, R-South Carolina, a member of the conservative House Freedom Caucus, said on CBS' "Face the Nation" last Sunday.

Rep. Charlie Dent, R-Pennsylvania argued on NBC's "Meet the Press" that if Rep. Paul Ryan, R-Wisconsin, agrees to be speaker and immediately has to increase the debt limit, "he will have his legs taken out by some of his own members."

Ryan's confidantes told CBS News Congressional Correspondent Nancy Cordes that he is open to running for speaker -- but that he won't horse trade with the conservative House Freedom Caucus if he does.

In an interview on "Face the Nation" after his resignation announcement, Boehner indicated that his impending departure might give him more leeway to act in his final weeks in the Capitol.

"I expect that I might have a little more cooperation from some around town to try to get as much finished as possible. I don't want to leave my successor a dirty barn. So I want to clean the barn up a little bit before the next person gets there," he said.

Sarah Binder, a congressional expert at the Brookings Institution, said that if Boehner does, in fact, feel free from the pressures of the far right of his party, "one would think he would use it in order to try to move a debt limit" bill.

"Defaulting on the government's debt, despite all the politics...does seem to be an outcome that's too extreme, and that both [Senate Majority Leader Mitch] McConnell and Boehner would recognize," she added.

House members seem split on the wisdom of that plan. In an interview with the Washington Post, Rep. Peter King, R-New York, described Boehner as the "best option" to work with Democrats and avoid a default on the debt. Rep. Richard Nugent, R-Florida, told The Hill that members shouldn't "saddle the new incoming speaker" with the vote.

But Rep. Marlin Stutzman, R-Indiana, who opposes lifting the debt limit without spending cuts, said the opposite.

"It should be left to the next leadership team," he said. "It's a fresh start for whoever is coming in."

One option under consideration is a big deal, one that wraps the debt limit increase into a package with spending cuts, highway funding and a long-term spending bill. But with few working days in Washington between now and Nov. 5, there may not be enough time.

President Obama said at a press conference recently that he had spoken with Democratic and Republican congressional leaders about trying to negotiate a budget agreement, but "Speaker Boehner's decision to step down complicates it."

Still, he added, "I do think that there is still a path for us to come up with a reasonable agreement that raises the spending caps above sequester to make sure that we can properly finance both our defense and nondefense needs, that maintains a prudent control of our deficits, and that we can do that in short order."

Binder said, however, that the "larger issue" making a big deal difficult is the division within the Republican conference over spending - and whether to increase the mandatory caps on defense spending.

"They have concerted opposition from within the Republican Conference in both chambers that really want to keep the caps in place," she said.