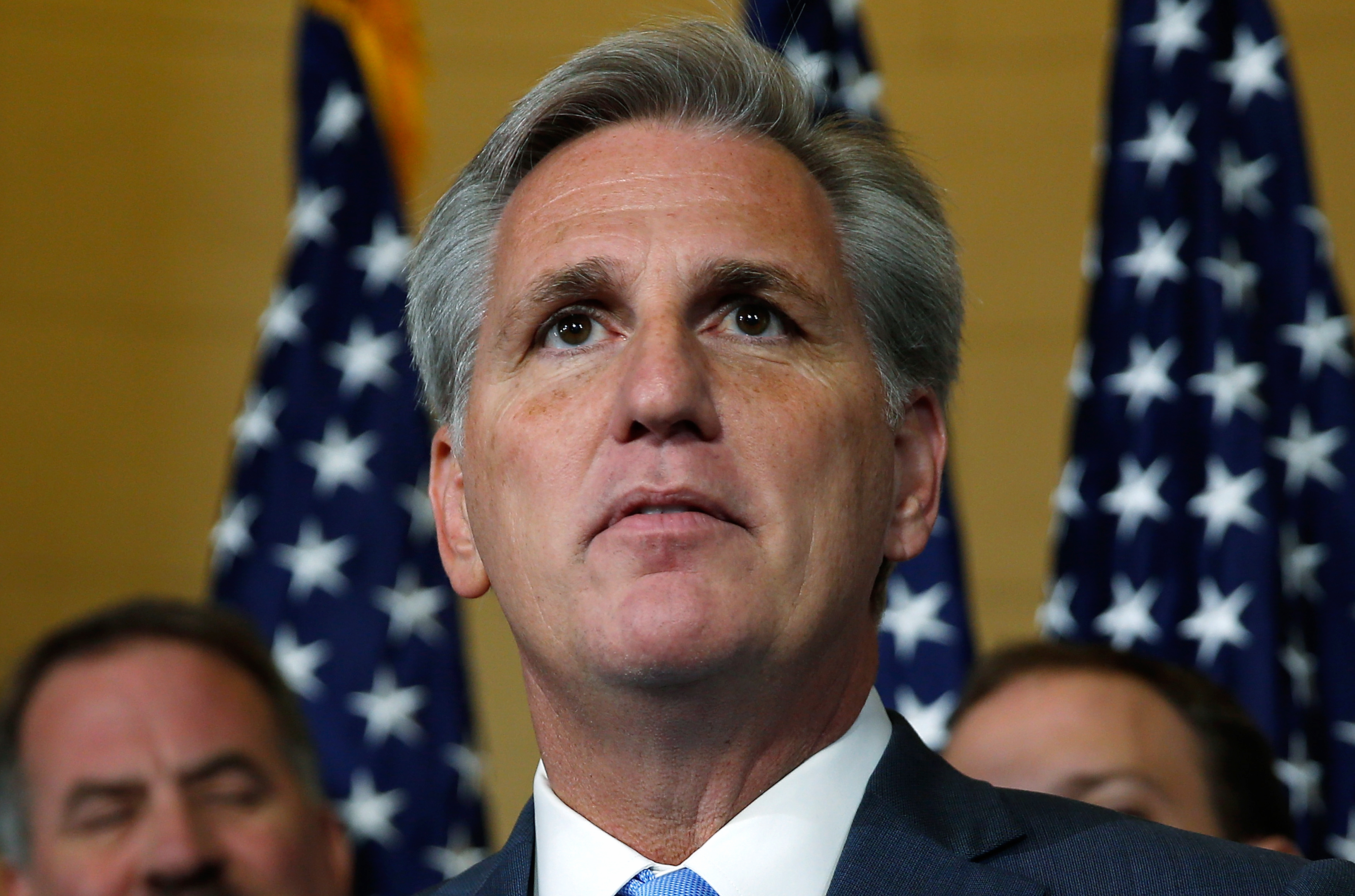 House Majority Leader Kevin McCarthy's decision on Thursday to withdraw from the race for speaker has thrown the majority's leadership into disarray, but it does not change the fact that Congress has a packed agenda for the rest of the year.

Lawmakers face several looming deadlines, including the need to raise the debt ceiling by early November and another government funding battle in early December.

During a noon meeting Wednesday when House Republicans were expected to cast secret ballots for the next speaker, McCarthy stunned his colleagues when he announced he would drop out of the race. He was the odds-on favorite to replace Speaker Boehner, R-Ohio, who also shocked Congress last month when he announced he would resign from his leadership post and from his seat at the end of October.

The only two other candidates who had thrown their hats into the ring are House Oversight Committee Chairman Jason Chaffetz, R-Utah and Rep. Daniel Webster, R-Florida, who previously served as the speaker of the Florida state House.

House Ways and Means Committee Chairman Paul Ryan, R-Wis., repeated on Thursday that he had no desire to wield the speaker's gavel.

Boehner had announced earlier this week that the floor vote to elect the next speaker would be slated for Oct. 29. At this point, it's unclear whether that will change. Here's a look at what Congress has to get done by the end of the year:

Oct. 29: Congress must extend funding for highway programs by the end of the month. Lawmakers could be simply replenish funding through mid-December and then attach to a larger fiscal deal.

Nov. 5: The Treasury Department has warned Congress that the U.S. will exhaust its so-called extraordinary measures and lose its borrowing authority around this date. If Congress does not raise the debt ceiling, the U.S. could begin to default on the nation's debt, at first paying some bills - like Social Security benefits - but maybe not others. Many conservatives in the House oppose raising the debt limit, which could cause major problems for Boehner or his successor.

On Wednesday, Boehner had suggested that the debt ceiling will be the next speaker's problem.

"I don't have any report on the debt ceiling," Boehner told reporters when asked whether he'd be able to take care of it before stepping down at the end of the month. "There's no agreement on how to do this. There are discussions about how to do it, but nothing else to report at this time."

Dec. 11: Lawmakers have until this date to pass a new government funding package for the rest of the fiscal year. Congress passed a short-term spending bill at the end of September to buy time for negotiations over lifting spending caps, known as sequestration, that would be hashed out by GOP and Democratic leaders as well as the White House. Lawmakers almost risked a government shutdown in September over cutting off funding for Planned Parenthood. There could be a renewed effort by conservatives to demand it in December.

Adding to that list is a possible reauthorization of the Export-Import Bank whose charter expired on June 30. Republicans are divided over whether or not to extend it. And then, GOP lawmakers also are poised to send a bill to President Obama's desk that would gut funding for both Planned Parenthood and Obamacare using an obscure budget process called reconciliation. Mr. Obama would veto that legislation.

And even though these deadlines are approaching, Congress is scheduled to be out of session next week for the Columbus Day holiday.

Boehner, meanwhile, expressed confidence Thursday that Republicans would be able to rally around a new speaker within the next few weeks, but said he would remain as speaker until that happens.

"As I have said previously, I will serve as Speaker until the House votes to elect a new Speaker," he said in a statement. "We will announce the date for this election at a later date, and I'm confident we will elect a new Speaker in the coming weeks."