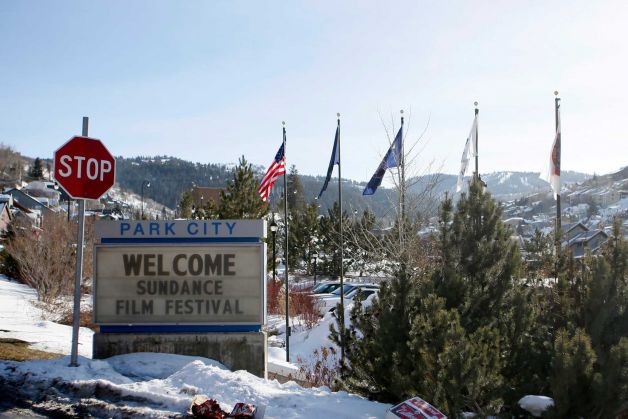 Just as Hollywood's awards season heats up, half the town takes off for a snowy getaway to Park City, Utah, for the Sundance Film Festival.

Celebrating its 31st year, the festival has steadily outgrown its indie-film roots to showcase emerging and established talent in art, music, television, film and new media.

All kinds of installations pop up during the 10-day event to lure movie lovers and the Hollywood crowd, from Sundance-sponsored panel discussions to concerts, parties, dinners, gift suites, even camera and car showrooms.

The excitement starts Thursday. Here's a peek at what to look out for during Hollywood's week in the snow:

Lena Dunham, Mindy Kaling, Kristin Wiig, Robert Redford and George Lucas are among the stars participating in the Sundance Institute's new "Power of Story" programs set to stream live online. Dunham, Kaling and Wiig, along with "Orange is the New Black" creator Jenji Kohan, will discuss female archetypes and antiheroes at a panel called "Serious Ladies" on Jan. 24. Redford and Lucas will talk about the state of film at "Visions of Independence" on Jan. 29. (Watch on the Sundance website.) Another special program, "Misery Loves Comedy," features comics and filmmakers weighing in on whether feeling blue is a prerequisite for being funny.

Iggy Azalea, Diplo, Skrillex and Scott Weiland are some of the musicians set to perform at Park City venues during the week. The ASCAP Music Cafe will feature live performances every day. A few music documentaries are also among festival premieres: "Kurt Cobain: Montage of Heck" and "What Happened, Miss Simone?" about singer-songwriter Nina Simone, which is set to play the first night of the festival.

There's Slamdance, a film festival that runs concurrently during Sundance that focuses on experimental approaches and emerging talent. The documentary "Dennis Rodman's Big Bang in Pyongyang" is set to premiere there, though Rodman isn't expected to attend. Chefdance brings celebrated chefs from around the country to Park City for a five-night showcase of cocktails, wine and four-course meals. Now in its third year, Catdance is a night of feline-centric short films to raise funds for the American Society of the Prevention of Cruelty to Animals. Nikki Reed is this year's host.

Expect to see snaps of your favorite celebs at parties, interviews and events, especially the first weekend of the festival. Major media outlets (including The Associated Press) station photo and video studios near the temporary lounges set up to welcome the stars. BuzzFeed's location promises an après-ski photo booth. Gift suites generally expect celebrities to pose with their swag. And Canadian coat company Moose Knuckles is hosting a party where guests are invited to ride a mechanical beaver. (If that doesn't scream photo op...)

If skiing at one of the nearby resorts isn't enough, festival-goers can get some exercise on the indoor rock wall at the Eddie Bauer Adventure House or at the pop-up Pure Barre studio, which is set to present more than a dozen of its body-shaping fitness classes during the first weekend of Sundance.

Movies are still the main attraction. The Simone documentary and the comedy "The Bronze," co-written by and starring Melissa Rauch of "The Big Bang Theory," are among the opening-night films. Lily Tomlin is a misanthropic granny in the closing night's drama, "Grandma." Other offerings of interest: Noah Baumbach's latest, "Mistress America"; a drama starring Sarah Silverman called "I Smile Back"; Kirby Dick's documentary about campus rape, "The Hunting Ground"; Leslye Headland's new comedy, "Sleeping With Other People"; Jack Black's Sundance return in "The D Train"; the premiere of Alex Gibney's documentary "Going Clear: Scientology and the Prison of Belief"; and the Korean coming-of-age comedy, "Seoul Searching."