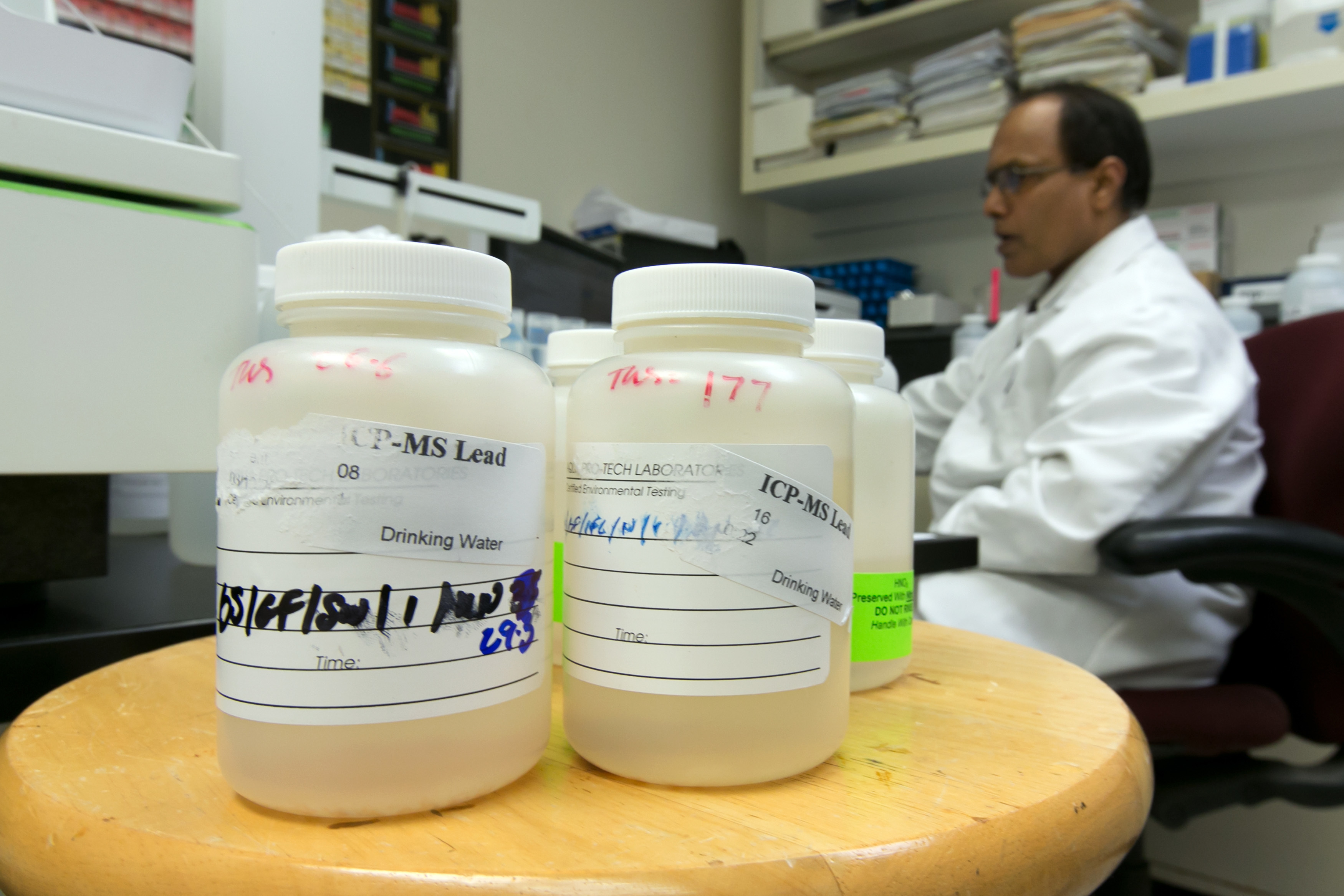 Responding to the crisis in Flint, Michigan, school officials across the country are testing classroom sinks and cafeteria faucets for lead, trying to uncover any concealed problems and to reassure anxious parents.

Just a fraction of schools and day care centers nationwide are required to check for lead because most receive their water from municipal systems that test at other locations. State and federal lawmakers have called for wider testing.

Among schools and day care centers operating their own water systems, Environmental Protection Agency data analyzed by The Associated Press showed that 278 violated federal lead levels at some point during the past three years. Roughly a third of those had lead levels that were at least double the federal limit.

In almost all cases, the problems can be traced to aging buildings with lead pipes, older drinking fountains and water fixtures that have parts made with lead.

Riverside Elementary in the northern Wisconsin town of Ringle has lead pipes buried in its concrete foundation that used to leach into the tap water before a filtration system was installed. Replacing the pipes, which were installed when the school was built in the 1970s, is not an option.

"For the cost of that, you might as well build a new school," said Jack Stoskopf, an assistant superintendent.

Instead, he said, school officials decided to rip out the drinking fountains more than a decade ago and buy bottled water for students, costing about $1,000 a month.

Buying bottled water for drinking has been the routine at Ava Head Start in Ava, Missouri, even before lead levels spiked after the preschool moved into a new building in 2010.

But it was not until February, after another round of high test results, that state regulators told the preschool to use bottled water for cooking and cleaning the toothbrushes for the 59 children, ages 3 and 4.

"The cost is not an option," said Sandra Porter, Ava's cook and water operator. "We're just doing what we have to."

Schools required to conduct lead testing represent only about 1 of every 10 schools in the country. Those receiving their water from city-owned systems -- an estimated 90,000, according to the EPA -- are not required by the federal government to do so.

In recent weeks, state lawmakers in New Jersey and Pennsylvania have proposed legislation that would require testing in all schools. Some members of Congress have called for more money and expanded lead sampling.

In March, some samples from the school district in Newark, New Jersey, came back with high amounts of lead. The district shut off sinks and fountains in 30 buildings and offered to test as many as 17,000 children for lead.

The inconsistent testing leaves most schoolchildren in buildings that are unchecked and vulnerable because lead particles can build up in plumbing when water goes unused for long periods.

His colleague, Yanna Lambrinidou, also notes that under EPA guidelines, schools and day care centers can report that an entire building is safe even if an individual drinking fountain is above the threshold.

Last year alone, lead levels exceeded the EPA limit of 15 parts per billion at 64 schools or day care centers that are required to test because they have their own water systems.

While no state is immune to the problem, half the high lead readings since the beginning of 2013 were in states along the East Coast. School buildings there are older and more likely to have lead plumbing. Pennsylvania, Maine and New Jersey topped the list.

Nationwide, the average age of school buildings dates to the early 1970's. It was not until 1986 that lead pipes were banned, and it was not until 2014 that brass fixtures were ordered to be virtually lead-free.

School leaders in Idaho Falls, Idaho, decided in February to remove two drinking fountains within a week of finding out about a recent high sample and another one from three years ago that the state failed to notify them about.

Idaho's Department of Environmental Quality acknowledged it should have followed up with more testing three years ago.

Still, regulators told school officials this year they could keep the two drinking fountains if they just flushed the water each day, said John Pymm, safety director with the Bonneville Joint School District in Idaho Falls.

"It made the most sense to get them out of service and make folks feel at ease," he said.

Tyler Baum, whose three daughters attend the elementary school, said he was not too concerned because the school acted quickly on its own.

"It certainly made me more aware of the water," he said. "We just assume we'll have clean drinking water."