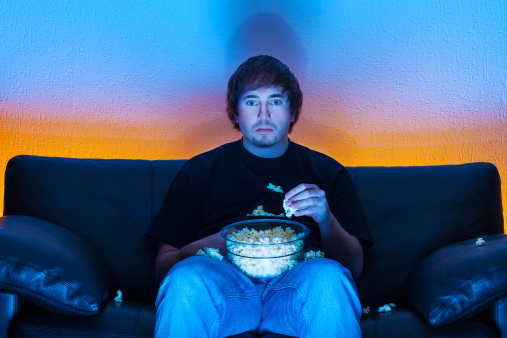 Violent movies and video games have long been blamed as culprits that inspire mass shootings and other atrocities committed by young criminals -- with Sandy Hook being a prime example. But new research looking at decades of violence in the media and in the real world suggests that one seems to have little, if anything, to do with the other.

In a paper published Wednesday in the Journal of Communication, Christopher Ferguson of Stetson University found no clear relationship between the increasingly graphic nature of movies and games and the frequency of societal violence from the early 20th century to today.

"We've tried hard for decades to find links between media and societal violence," Ferguson told CBS News. "If they were a major cause of problems in society we'd know by now. But the evidence just isn't there."

Previous research has concluded that simulated violence desensitizes kids to real violence, and that playing violent video games makes young people more aggressive and more apt to perceive others as hostile. Ferguson argued, however, that the research has been inconsistent, particularly when it comes to laboratory studies.

"Unfortunately sometimes politicians, advocates and even some scholars would present it as a lot more consistent than it actually was and I think the general public was often misinformed about this body of research," he said. "There are certainly some studies that suggest there may be at least some small aggression effects, but there are also studies that suggest effects don't exist, or that violent media may even reduce aggression."

Ferguson added that the quality of many of these studies on media violence and aggression in general was very poor, which is something that is now coming to light in the scientific literature.

Eschewing the inconsistencies and micro-level reasoning he sees as a problem with a lot of laboratory research, Ferguson conducted two separate studies comparing historical data on violence in the media with actual crime statistics from the 20th and 21st centuries.

In the first study, he examined the frequency and graphicness of violence portrayed in popular movies from 1920 to 2005, comparing it with homicide rates during the same time period. In general, there was no permanent association between the two. He did find that, during the mid-20th century, movie violence was associated slightly with higher homicide rates, but that relationship was reversed after 1990 when movie violence began to be correlated with fewer homicides. And, before the 1940s, movie violence was also related to fewer, not more, homicides.

In the second study, Ferguson looked at a possible relationship between playing violent video games and youth violence rates between 1996 and 2011. He correlated ratings estimating violent content in the most popular video games against federal data on youth violence during that timeframe. His findings showed that violent game consumption in fact corresponded to a decrease in youth violence, but he concluded that this correlation was likely due to chance and the results do not prove that video games caused the decrease.

The new research "really points out that we need to be a lot more careful when we try to draw causal lines between media and real life," he said, warning that media can be a red herring when searching for ways to explain tragedies involving young assailants and victims, such as the Sandy Hook shooting.

Ferguson stressed that poverty, lack of mental health treatment availability and educational disparities are some of the more important factors to consider while trying to determine the root causes of societal violence.

"I think we want easy answers during those highly emotional times, but we really risk distracting society from more pressing causes of violence," he said.