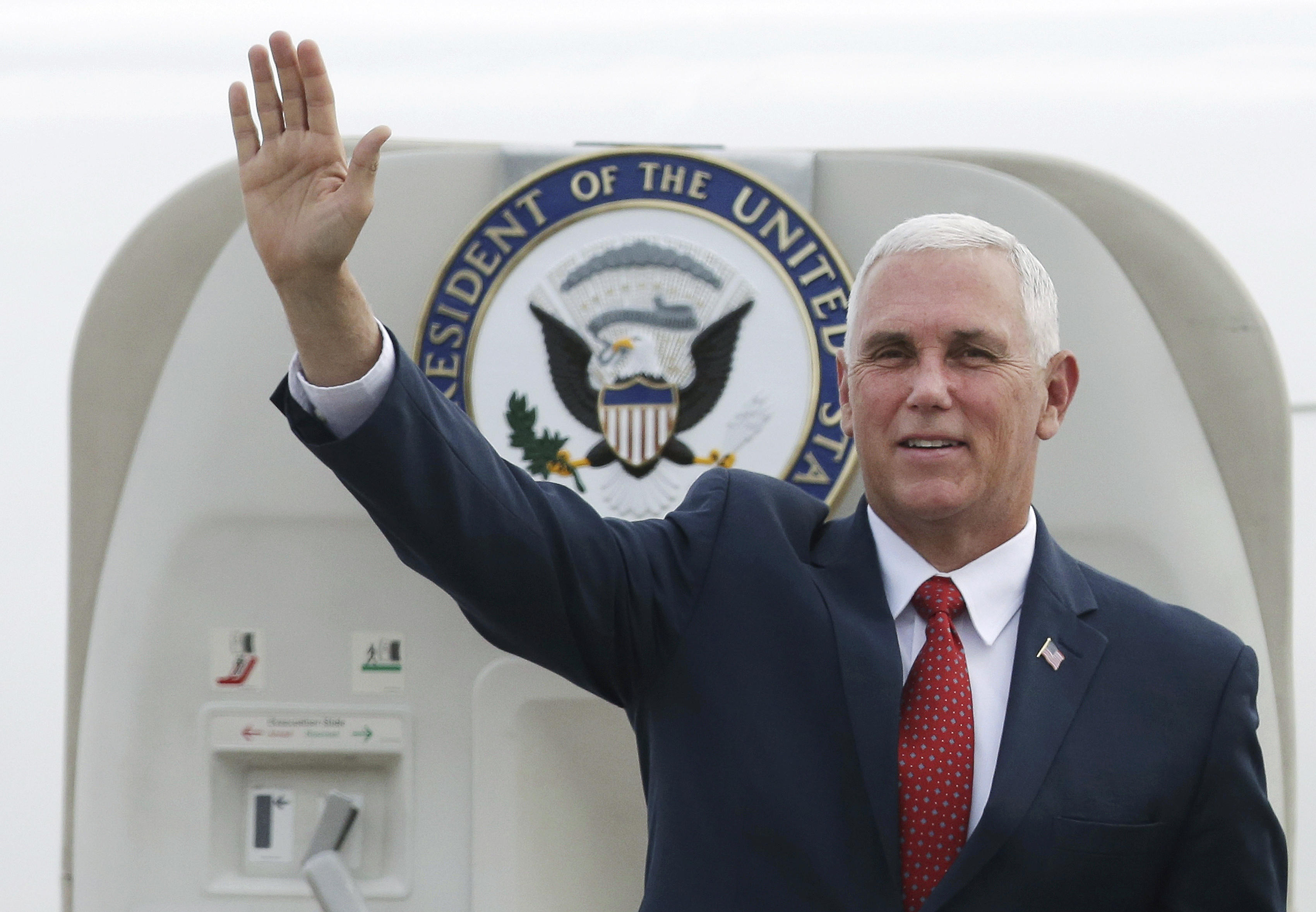 "We are so grateful for Brazil's strong leadership in confronting the crisis in Venezuela and I look forward to your counsel in that," Pence said during the meeting.

Many Venezuelans, seeking to escape persecution in their home country, flee to Brazil.

The White House said Pence is pressing allies in the region to step up and do their part to stop migration at the source. Pence said the partnership between Brazil and the United States was one of "friendship and shared values." He and his wife second lady Karen Pence will meet with some of these migrants in Brazil on Wednesday.

While the issue of immigration is less focused on those coming from Brazil, the White House has claimed that a large percentage of incoming migrants to the U.S. are coming from other Central American countries like Guatemala.

The vice president will also make stops in Ecuador and Guatemala after his time in Brazil.