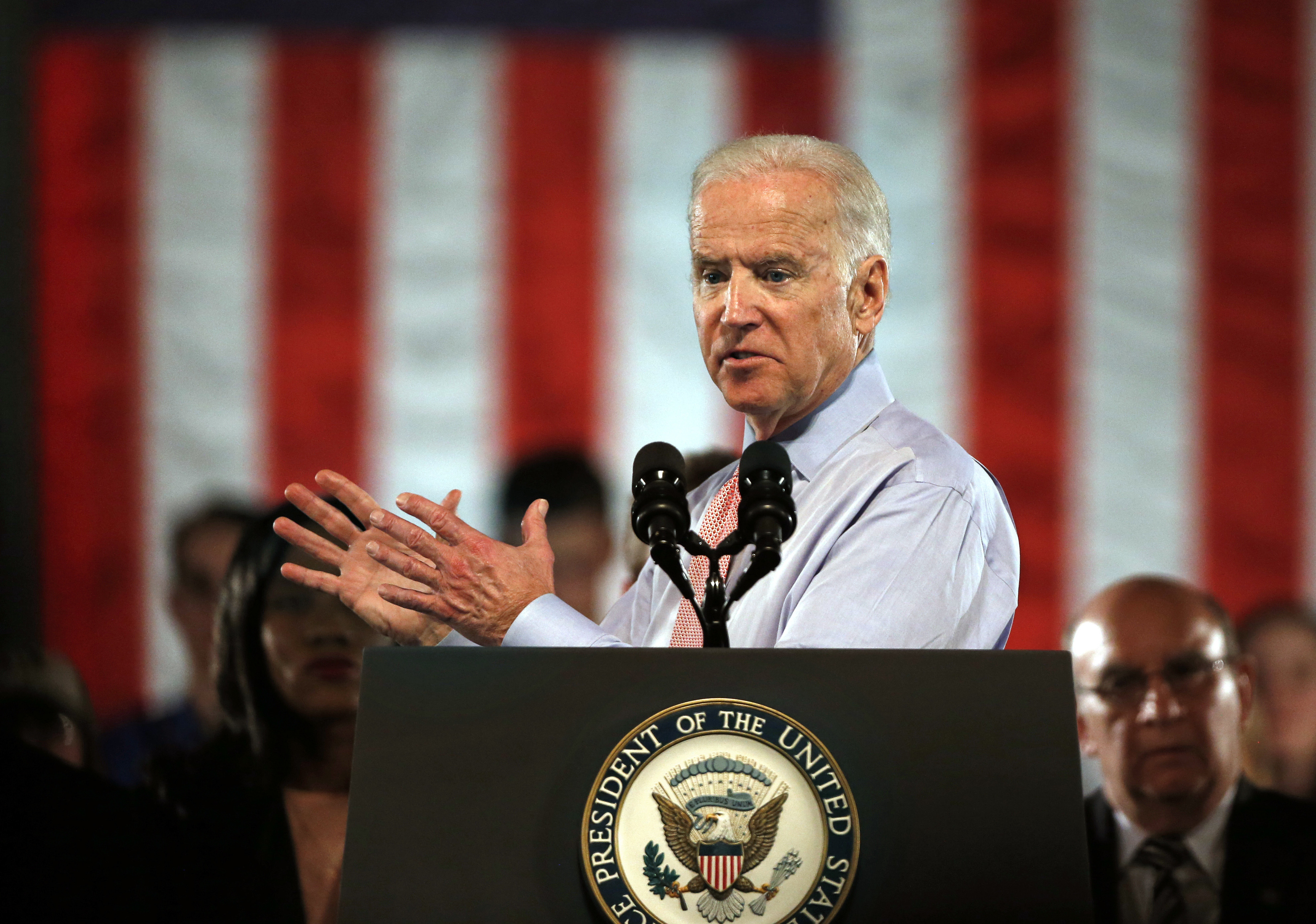 Vice President Joe Biden said in a new interview that he would like to see a woman elected president.

In an interview with Mic published Monday, Biden was asked to react to Bernie Sanders calling Hillary Clinton last week unqualified to be commander-in-chief. Sanders later walked that comment back.

"They're both totally qualified to be president," he said.

Biden said he doesn't think Clinton is held to a higher standard because she's a woman and said Americans are ready to elect a woman to lead the country.

He said he and President Obama aren't going to endorse Clinton or Sanders in the primary because they want to let voters pick their nominee.

"Gosh, almighty, they're both qualified," he said. "Hillary's overwhelmingly qualified to be president."

Biden, of course, opted out of the presidential race last October because he said he didn't think he had time to mount a winning campaign. In December, he said he made the right decision not to run.

In the interview with Mic, he was also asked to react to Donald Trump's degrading comments toward women throughout his presidential campaign.