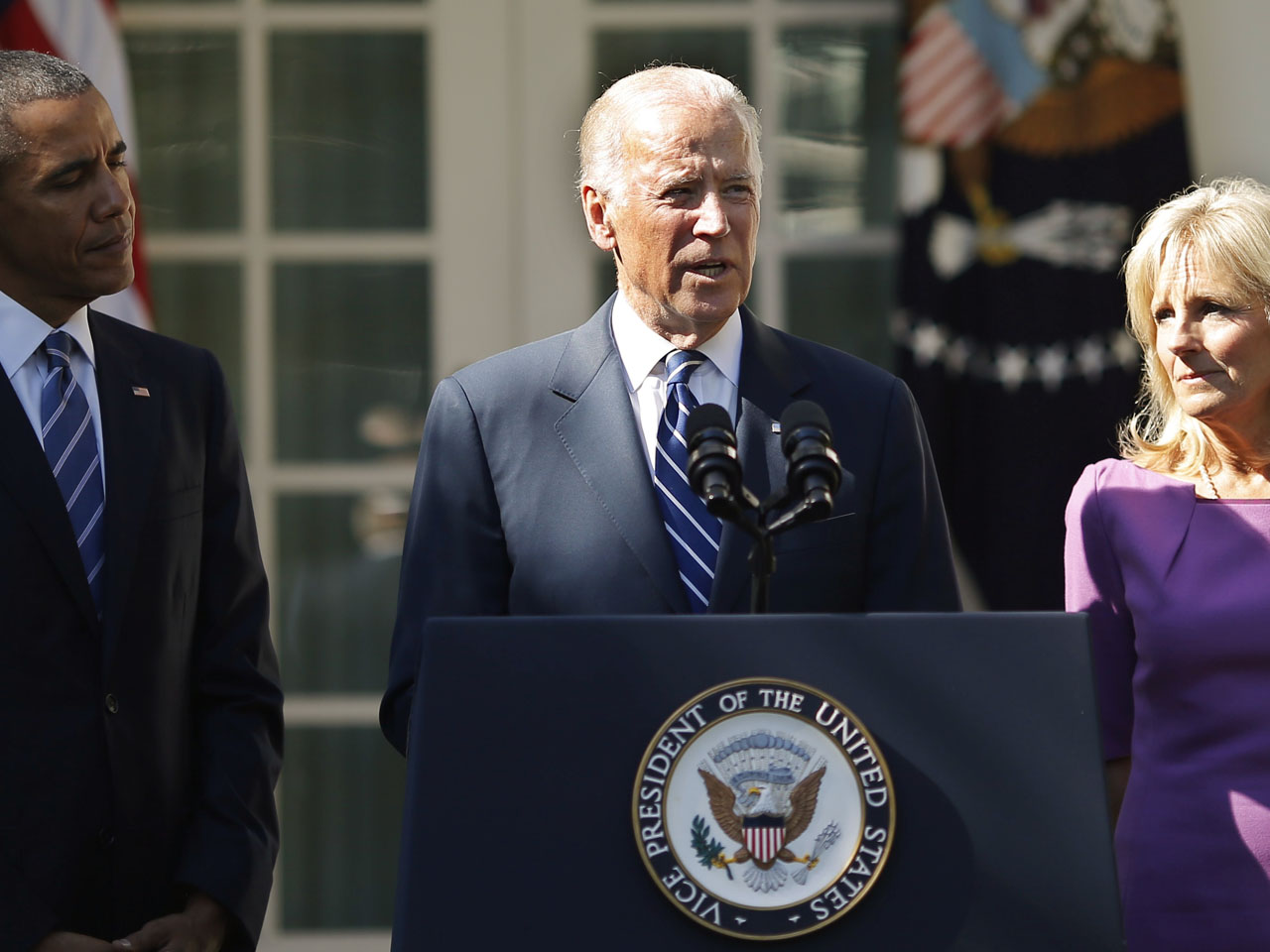 Vice President Joe Biden says he made the "right decision" not to run for president.

"My decision, I know, was the right decision," Biden told Bloomberg News' Margaret Talev in a 40-minute interview aboard Air Force Two on his return to Washington from Ukraine.

"I believed I could win, but that's not enough. I know myself. And I know it takes time," Biden said of the process he's gone through since his son Beau died of brain cancer in May. "You've got to get through the first Thanksgiving--the first empty chair; the first Christmas, the first smell of spring."

In a speech from the White House Rose Garden in October , with President Obama and his wife Jill Biden by his side, Biden opted out of the presidential race.

Biden is now focused on making cancer research a national priority in his final year at the White House and after he leaves. According to the report, Biden keeps a red folder with the word "cancer" with him that has notes and names as he studies the disease.

Biden hasn't endorsed any of the Democratic candidates in the race, but said he has spoken with all three: Hillary Clinton, Sen. Bernie Sanders, I-Vermont and former Maryland Gov. Martin O'Malley.