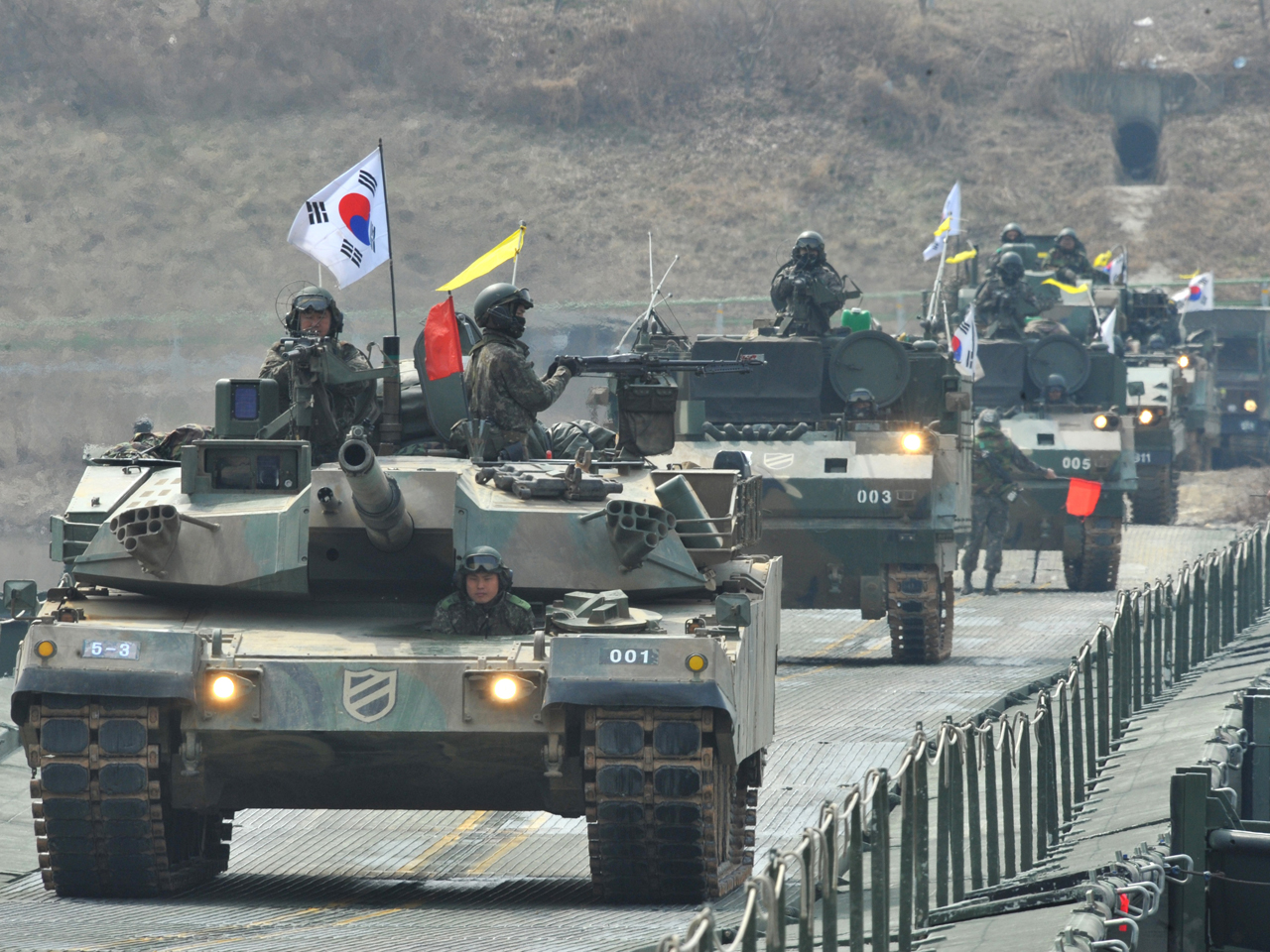 WASHINGTON As analysts try to weigh the weight in North Korea's military posturing, the U.S. has made a show of increasing its military hardware in South Korea.

While a Pentagon spokesman told CBS News on Monday morning that the F-22's presence over the peninsula were not a "recent addition to the exercise," Pyongyang calls the joint South Korean-U.S. war games a preparation for invasion.

Meanwhile, the White House says that despite bellicose rhetoric from North Korea, the Obama administration has not seen changes in the regime's military posture.

White House press secretary Jay Carney said Mondays the U.S. has not detected any military mobilization or repositioning of forces from Pyongyang to back up the threats from North Korean leader Kim Jong Un.

Pyongyang has reacted angrily to U.S.-South Korean military drills and a new round of U.N. and U.S. sanctions that followed North Korea's Feb. 12 underground nuclear test.

Carney called the U.S. response "prudent." He noted that such tough talk from North Korea is part of a familiar pattern.

Carney says the White House takes the threats "very seriously." But he says the rhetoric "is consistent with past behavior."

North Korea's missile launch site could become a target if North Korea's Kim Jong-un makes good on any of his bloodcurdling threats.

Another incident like the 2010 shelling of a South Korean island that killed four would likely trigger not just a tit-for-tat retaliation, but a combined attack by U.S. and South Korean forces, according to retired General Walter Sharp, who is the former commander of U.S. forces in Korea.

The new South Korean president, who has a policy meant to re-engage Pyongyang with talks and aid, told her top military leaders Monday to set aside political considerations and respond strongly should North Korea attack.

"The actions we've taken are prudent, and they include, on missile defense to enhance both the homeland and allied security, and other actions like the B-2 and B-52 flights have been important steps to reassure our allies, demonstrate our resolve to the North, and reduce pressure on Seoul to take unilateral action," Carney said. "And we believe this has reduced the chance of miscalculation and provocation."

U.S. State Department spokeswoman Victoria Nuland echoed Carney's reasoning for the increased military presence at a Monday press briefing, and added that Secretary of State John Kerry will be traveling to the region next week, with North Korea's recent actions expected to be a prominent point of discussion.

"This will be very much front and center, and particularly in Beijing," Nuland said, highlighting the importance of China's relationship with the isolationist regime in North Korea.