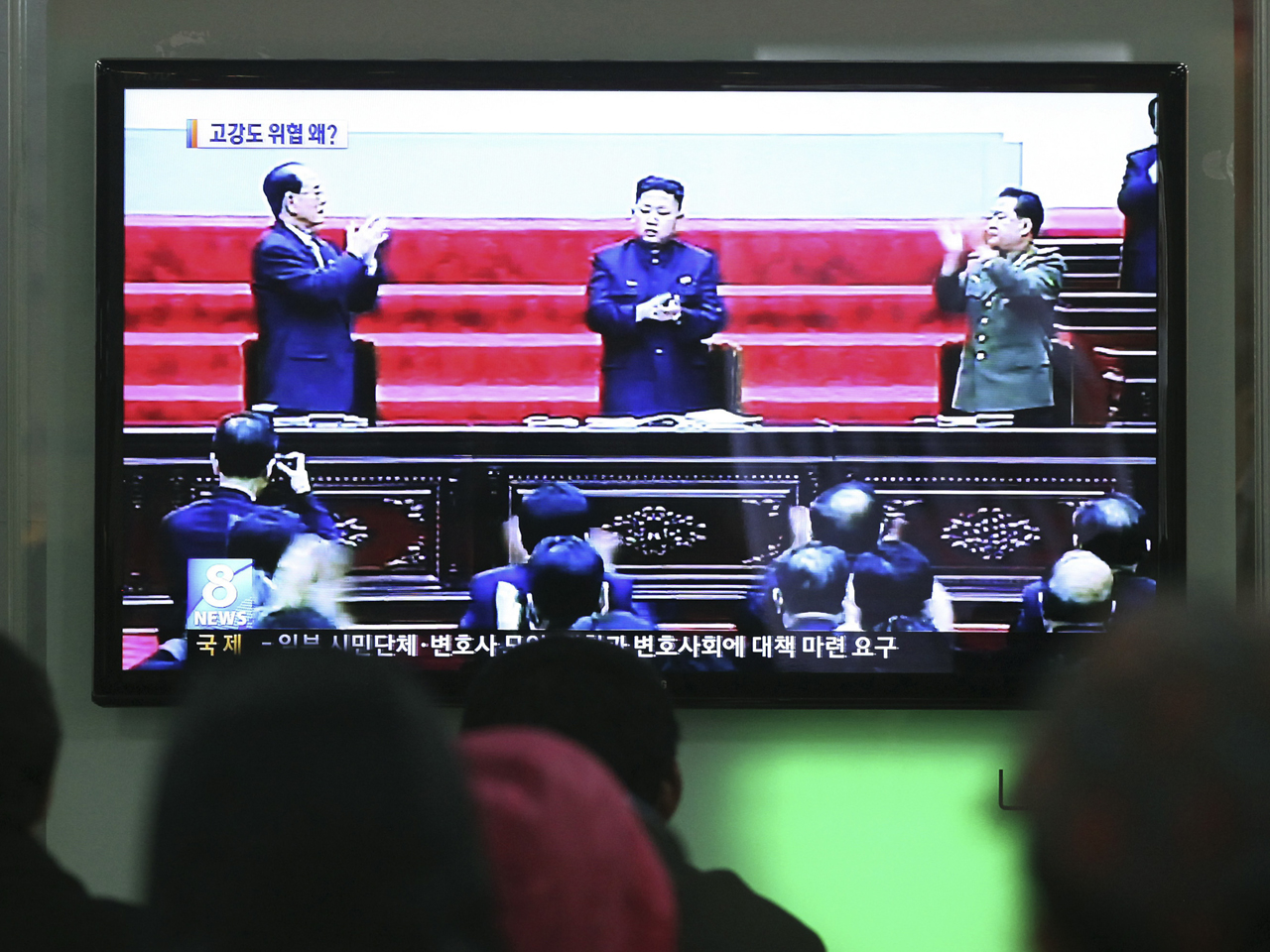 SEOUL, South Korea A top North Korean decision-making body issued a pointed warning Sunday, saying that nuclear weapons are "the nation's life" and will not be traded even for "billions of dollars."

The comments came in a statement released after North Korean leader Kim Jong Un presided over the plenary meeting of the central committee of the ruling Workers' Party. The meeting, which set a "new strategic line" calling for building both a stronger economy and nuclear arsenal, comes amid a series of near-daily threats from Pyongyang in recent weeks, including a vow to launch nuclear strikes on the United States and a warning Saturday that the Korean Peninsula was in a "state of war."

A senior U.S. official told CBS News correspondent Major Garrett the rhetoric for now is just that -- all talk.

"North Korea is in a mindset of war, but North Korea is not going to war," said the official, who spoke on the condition of anonymity to offer insight into the latest administration thinking on the volatile situation on the Korean Peninsula.

"There is pot-banging and chest-thumping, but they have literature attracting tourists that explicitly says pay no attention to all that (public) talk about nuclear war or another kind of war," the official said.

Pyongyang is angry over annual U.S.-South Korean military drills and a new round of U.N. sanctions that followed its Feb. 12 nuclear test, the country's third. Analysts see a full-scale North Korean attack as unlikely and say the threats are more likely efforts to provoke softer policies toward Pyongyang from a new government in Seoul, to win diplomatic talks with Washington that could get the North more aid, and to solidify the young North Korean leader's image and military credentials at home.

North Korea made reference to those outside views in the statement it released through the official Korean Central News Agency following the plenary meeting.

North Korea's nuclear weapons are a "treasure" not to be traded for "billions of dollars," the statement said. They "are neither a political bargaining chip nor a thing for economic dealings to be presented to the place of dialogue or be put on the table of negotiations aimed at forcing (Pyongyang) to disarm itself," it said.

North Korea's "nuclear armed forces represent the nation's life, which can never be abandoned as long as the imperialists and nuclear threats exist on earth," the statement said.

North Korea has called the U.S. nuclear arsenal a threat to its existence since the 1950-53 Korean War, which ended in a truce, not a peace treaty, leaving the peninsula still technically at war. Pyongyang justifies its own nuclear pursuit in large part on that perceived U.S. threat.

While analysts call North Korea's threats largely brinkmanship, there is some fear that a localized skirmish might escalate. Seoul has vowed to respond harshly should North Korea provoke its military. Naval skirmishes in disputed Yellow Sea waters off the Korean coast have led to bloody battles several times over the years. Attacks blamed on Pyongyang in 2010 killed 50 South Koreans.

The plenary statement also called for strengthening the moribund economy, which Kim has put an emphasis on in his public statements since taking power after the death of his father, Kim Jong Il, in late 2011. The United Nations says two-thirds of the country's 24 million people face regular food shortages.

The statement called for diversified foreign trade and investment, and a focus on agriculture, light industry and a "self-reliant nuclear power industry," including a light water reactor. There was also a call for "the development of space science and technology," including more satellite launches. North Korea put a satellite into orbit on a long-range rocket in December. The United Nations called the launch a cover for a banned test of ballistic missile technology and increased sanctions on the North.

The central committee is a top decision-making body of the North's ruling Workers' Party. The committee is tasked with organizing and guiding the party's major projects, and its plenary meeting is usually convened once a year, according to Seoul's Unification Ministry. South Korean media said the last plenary session was held in 2010 and that this was the first time Kim Jong Un had presided over the meeting.

On Thursday, U.S. military officials revealed that two B-2 stealth bombers dropped dummy munitions on an uninhabited South Korean island as part of annual defense drills that Pyongyang sees as rehearsals for invasion. Hours later, Kim ordered his generals to put rockets on standby and threatened to strike American targets if provoked.