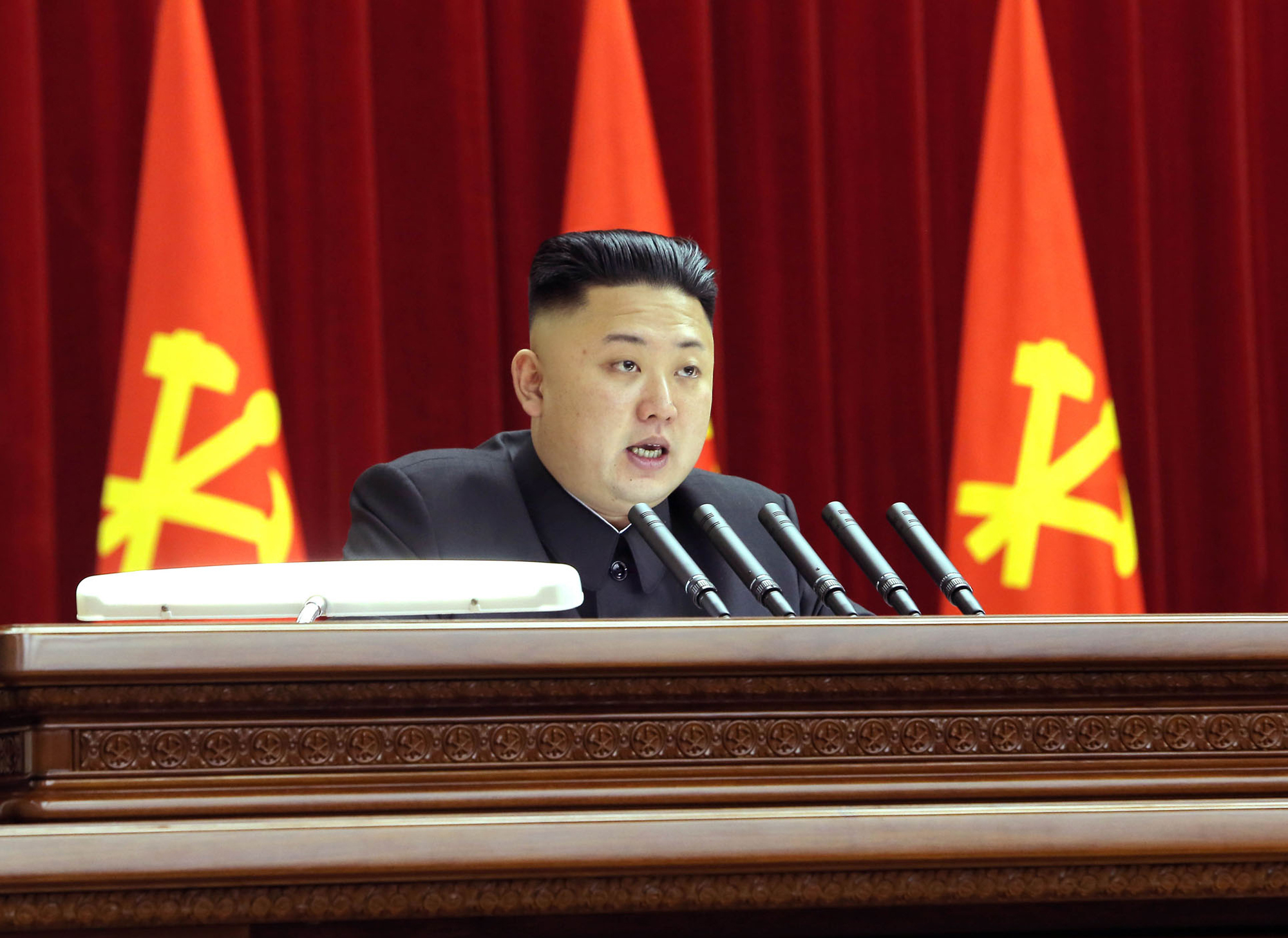 SEOUL, South Korea North Korea on Monday shifted, at least temporarily, away from weeks of warlike rhetoric, appointing a new premier seen as an economic reformer after a high-level declaration that nuclear bomb building and a stronger economy are the nation's top priorities.

While a Pentagon spokesman told CBS News on Monday morning that the F-22's presence over the peninsula were not a "recent addition to the exercise," Pyongyang calls the joint South Korean-U.S. war games a preparation for invasion.

The new South Korean president, who has a policy meant to re-engage Pyongyang with talks and aid, told her top military leaders Monday to set aside political considerations and respond strongly should North Korea attack.

The reemergence of Pak Pong Ju as premier at an annual spring parliamentary session is seen by analysts as a clear signal that leader Kim Jong Un is moving to back up recent statements vowing a focus on strengthened economic development. The U.N. says two-thirds of the country's 24 million people face regular food shortages. Pak was reportedly sacked as prime minister in 2007 after proposing a U.S.-style wage system.

The appointment signals that Pak will play a key role in economic policymaking again.

"Pak Pong Ju is the face of economic reform, such as it exists — reform with North Korean characteristics as they say," said John Delury, a professor and North Korea analyst at Seoul's Yonsei University.

Any economic changes won't be radical, Delury said, and, for the time being, they're mostly aspirational. One possible change could entail a shift of part of the country's massive military spending into the economy as a whole, he said.

Pyongyang has reacted with anger to the U.S.-South Korean military drills and to a new round of U.N. and U.S. sanctions that followed its Feb. 12 underground nuclear test, the country's third. Analysts see a full-scale North Korean attack as unlikely and say the threats are more likely efforts to provoke softer policies toward Pyongyang from a new government in Seoul, to win diplomatic talks with Washington and to solidify the young North Korean leader's military credentials at home.

Despite the rising hostility, there has been a noticeable shift in North Korea's rhetoric to a message that seeks to balance efforts to turn around a moribund economy with nuclear development.

"There was a danger that this was getting to the point ... of a permanent war footing," Delury said. "In the midst of this tension and militant rhetoric and posturing, Kim Jong Un is saying, `Look, we're still focused on the economy, but we're doing it with our nuclear deterrent intact."'

On Sunday, Kim and top party officials adopted a declaration calling nuclear weapons "the nation's life" and an important component of its defense, an asset that wouldn't be traded even for "billions of dollars." Pyongyang cites the U.S. military presence in South Korea as a main reason behind its drive to build missiles and atomic weapons. The U.S. has stationed tens of thousands of troops in South Korea since the Korean War ended with a truce, not a peace treaty, in 1953.

While analysts call North Korea's threats largely brinkmanship, there is some fear that a localized skirmish might escalate. Seoul has vowed to respond harshly should North Korea provoke its military. Naval skirmishes in disputed Yellow Sea waters off the Korean coast have led to bloody battles several times over the years. Attacks blamed on Pyongyang in 2010 killed 50 South Koreans.

Under late leader Kim Jong Il, North Korea typically held a parliamentary meeting once a year. But Kim Jong Un held an unusual second session last September in a sign that he is trying to run the country differently from his father, who died in late 2011.

Parliament sessions, which usually are held to approve personnel changes and budget and fiscal plans, are scrutinized by the outside world for signs of key changes in policy and leadership.

At a session last April, Kim was made first chairman of the powerful National Defense Commission, the body's top post.

On Sunday, Kim presided over a separate plenary meeting of the Central Committee of the ruling Workers' Party, a top decision-making body tasked with organizing and guiding the party's major projects. The meeting set a "new strategic line" calling for building both a stronger economy and nuclear arsenal.

North Korea's "nuclear armed forces represent the nation's life, which can never be abandoned as long as the imperialists and nuclear threats exist on Earth," according to a statement issued by state media after the meeting.

Sunday marked the first time for Kim to preside over the committee meeting. The last plenary session was held in 2010, according to Seoul's Unification Ministry, and before that in 1993.

South Korea now faces a major decision. If President Park Geun-hye and her advisers react as her hardline predecessor, Lee Myung-bak, did, "then they're stuck in the same place, where North Korea limps along, but with regime stability," Delury said. If so, then "the risk of a conflict is like a dark cloud over the next five years of the Park Geun-hye administration. It's not such an appealing path for her."